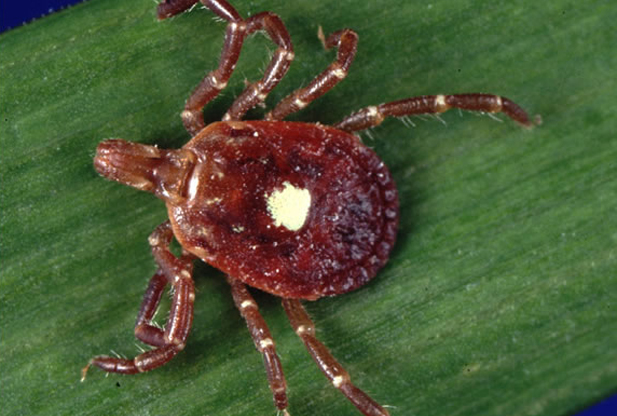 Want to be a vegetarian but don’t have the self-discipline to remain one nor the courage to jump-start such a lifestyle? We present a creepy, crawly solution…have a lone-star tick bite you!

University of Virginia (UVA) researchers have discovered that a single bite of an amblyomma americanum, or a lone-star tick, distinguished by a conspicuous white spot on its back, could trigger meat allergies.

According to CNN, allergists in UVA have investigated that this uncommon food allergy, known as galactose-alpha-1,3-galactose, or alpha-gal for short, is affecting 1,500 Americans. Dr. Thomas Platts-Mills, along with his colleague Dr. Scott Commins, discovered this allergy and had published the findings back in 2009. Dr Commins explains that the tick bite seems to trigger the production of the an antibody that binds to a sugar present in meat called alpha-gal, and as these antibodies attack the cause of the reaction, they trigger the release of histamine which causes the allergic symptoms. “Those with the rarest types – B and AB – do not appear vulnerable, because their blood is chemically similar to alpha-gal,” The Washington Post further notes.

While most cases are found in Central Virginia, it is best to check for tick bites and prevent ourselves from being bitten. Centers for Disease Control and Prevention has the low-down on how to reduce our exposure to ticks.