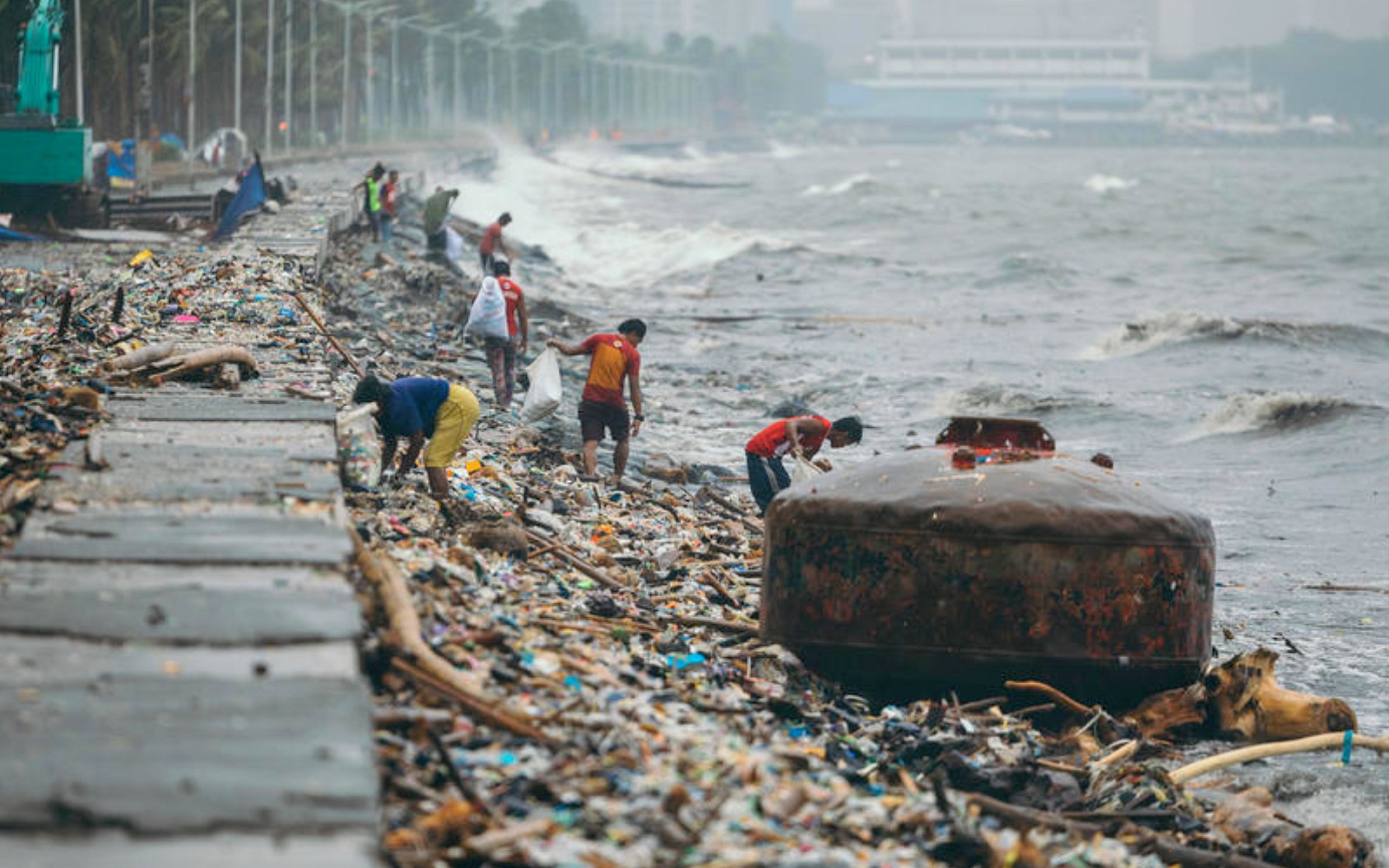 Following a dire combination of heavy storm and monsoon rains, Metropolitan Manila, one of the three metropolitan areas of the Philippines, was hit with massive amounts of plastic pollution. The waves of waste have engulfed parts of Manila as well as nearby provinces, clogging drainage and causing floods. The state of the area was captured by locals in pictures and videos shared online, revealing to the world the tragic sight of a landscape completely covered in waste that we usually do not see. Sadly, this is just a small part of the sum total of the man-made debris polluting the oceans.

During the recent tropical storm Yagi, locally known as Karding, waste could be seen washing and crashing over the shore in shocking quantities. Greenpeace recently shared photos of the littered area. 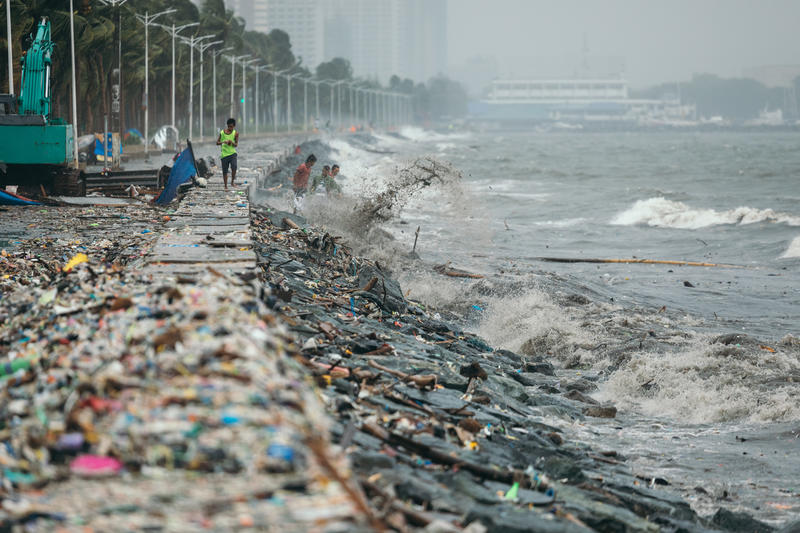 Plastic was even floating down the flooded roads. People were seen doing all they could to clean up the mess brought by the storm. 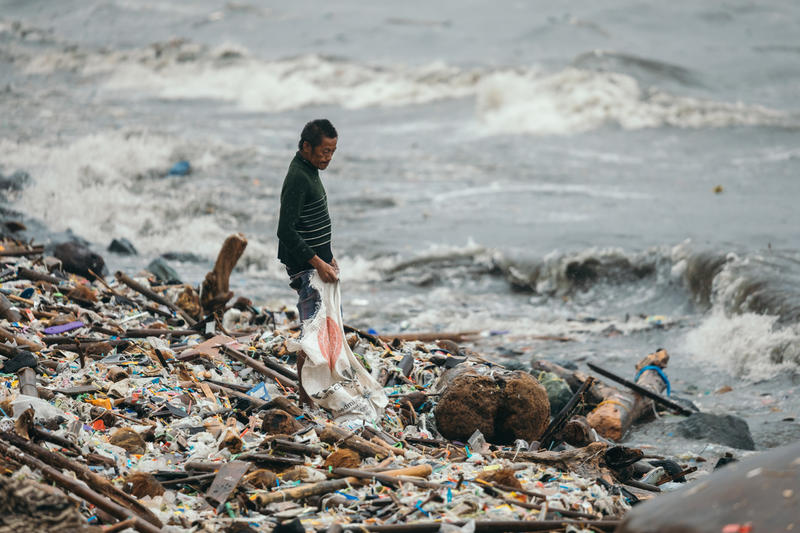 “No amount of recycling can get us out of this global mess,” said Abigail Aguilar, Campaigner at Greenpeace Philippines. “Corporations may have conned us by providing so-called convenience but it’s not convenient when your city, oceans, roads, and rivers are clogged by plastic garbage.” 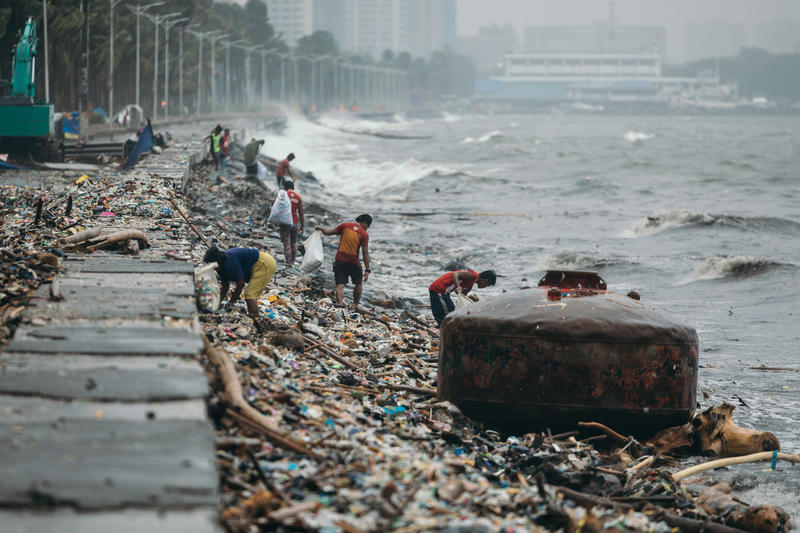 In 2017, Greenpeace Philippines and the Break Free From Plastic movement conducted a beach clean-up and brand audit on Freedom Island, a critical wetland habitat in Manila Bay. It was found that Nestlé, Unilever, and Indonesian company PT Torabika Mayora were the top three contributors to plastic waste discovered in the area. 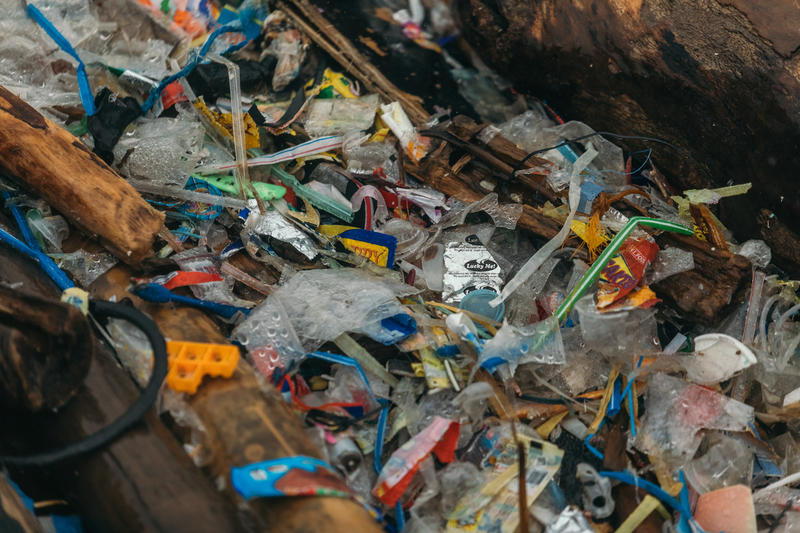 “Our insatiable appetite for single-use plastics has left us with more waste than we can ever manage in our lifetime and yet producers are set to increase production by an additional 40 percent over the next decade,” said Aguilar. “We are scrambling to find solutions to this crisis and clean up their mess, but corporations like Nestle, Procter & Gamble, Unilever, and others will continue producing more plastics, which inevitably pour into our waterways and oceans.” 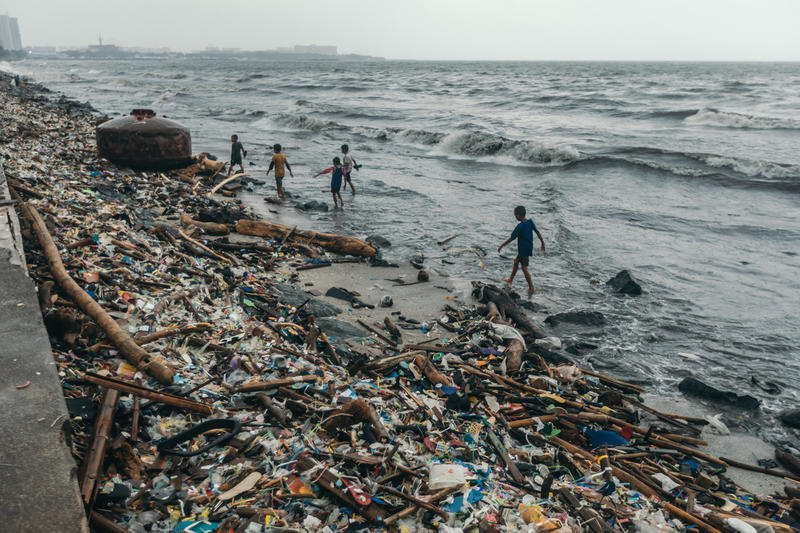 Aguilar emphasized that even though individuals and governments have taken efforts to reduce the amount of waste they produce, corporations keep avoiding taking on responsibility for the massive impacts their products generate in the long run. “Items like single-use plastic are problematic because as long as these are widely sold, they will be bought,” she said. “Big corporations, which have the resources to look into innovation, should also introduce innovative delivery systems other than polluting plastics.”

As it is, the Philippines experiences up to 20 typhoons a year and climate change is making weather disturbances more frequent and devastating than ever. “Just like climate change, plastic threatens our rights to a clean, healthy environment and our very lives and livelihoods,” Aguilar concluded. “More people are realizing that we cannot go on with ‘business as usual’ and are trying to cut down their own carbon footprint or consumption. Corporations and governments must do the same.”

To find out how you can be part of the change, check out One Green Planet’s #CrushPlastic campaign.