UGH! Study Finds Illinois Slaughterhouse Is the Biggest Source of Nitrogen Pollution in the U.S. 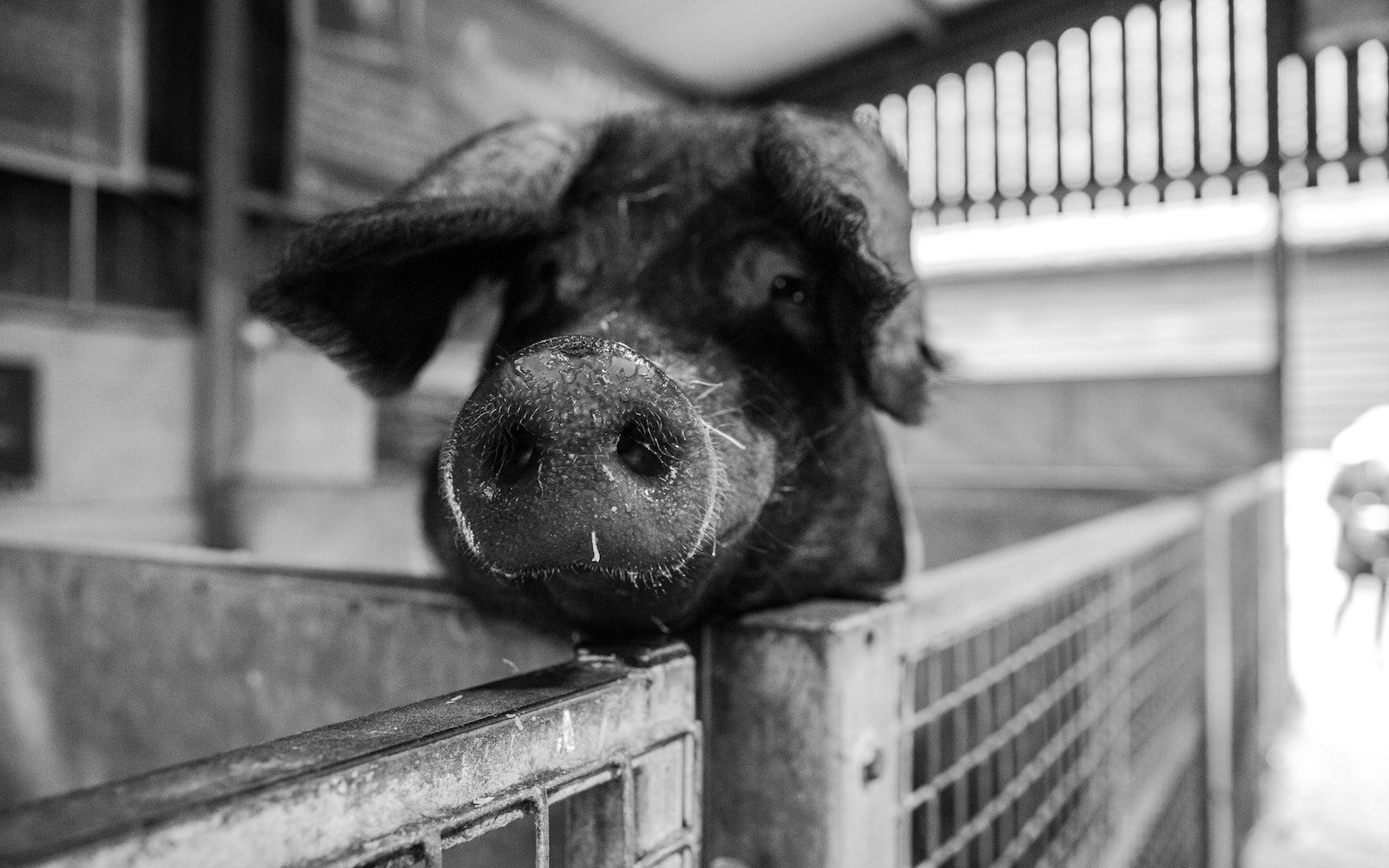 As if we needed any more proof that industrial animal agriculture is having an enormously devastating impact on the environment, a recent report conducted by the Environmental Integrity Project (EIP) revealed yet another disgusting and alarming statistic about this industry: A giant JBS-owned pork processing plant in Beardstown, Illinois is responsible for putting more nitrogen into our nation’s waterways than any other polluter.

According to EIP’s assessment, which is based on data recorded by the EPA, the huge meat-processing operation releases, on average, around 1,850 pounds of nitrogen each day into a tributary of the Illinois River. To put that number into perspective, that’s about the same amount of nitrogen as is found in the sewage generated daily in a city with 79,000 residents living in it, the report points out.

This appalling figure begs the question: Why in the world isn’t this pork plant being held accountable for the enormous amount of hazardous animal waste it is pumping into U.S. waterways? Well, believe it or not, the operation’s wastewater pollution has allegedly stayed within its permitted limit since 2016. This troubling fact speaks to the pressing need for national limits on slaughterhouse waste, which haven’t been modified since 2004, to be redefined and strictly enforced.

As Director of the EIP Eric Schaeffer reportedly stated regarding these immensely ineffective “regulations,” “In some cases, the limit is so high it’s kind of hard to violate it. Nitrogen limits for a pork or beef plant are very high. They are much higher than those that you would see from a municipal sewage plant.”

The profound lack of regulation in this industry points to an unfortunate truth: Government officials are turning a blind eye to the widespread environmental destruction caused by the lucrative meat and dairy industry in order to line their own pockets. Meanwhile, average U.S. citizens and wildlife are being left to suffer the serious impacts of waterway pollution from animal waste.

As an investigation done by the Chicago Tribune revealed, between 2005 and 2014, pollution incidents linked to Illinois hog confinement operations killed at least 492,000 fish and impaired 67 miles of rivers, creeks, and waterways in the state.

Having trouble understanding how these plants could possibly cause so much destruction? It becomes a bit easier to fathom when you consider how they carelessly store millions of gallons of pig excrement in lagoons that overflow when it rains, thus rapidly spreading it from the hog farms to local waterways. And that’s in addition to the huge amount of animal waste that is pumped directly out of the slaughterhouses and into the waterways via pipeline discharges, a practice which is, infuriatingly, totally legal.

Clearly, many of our nation’s leaders have yet to wake up and consider the true implications of allowing huge animal agriculture facilities to pollute as they please. Luckily, while we wait for this to happen, we are far from powerless! We can all help fight for change and dismantle this Earth-wrecking industry by limiting or completely eliminating our personal consumption of meat and dairy and embracing sustainable plant-based eating instead.

To learn all about why plants are the food of the future and how you can make a huge difference by choosing to fuel your body with them, check out the Eat For The Planet book.