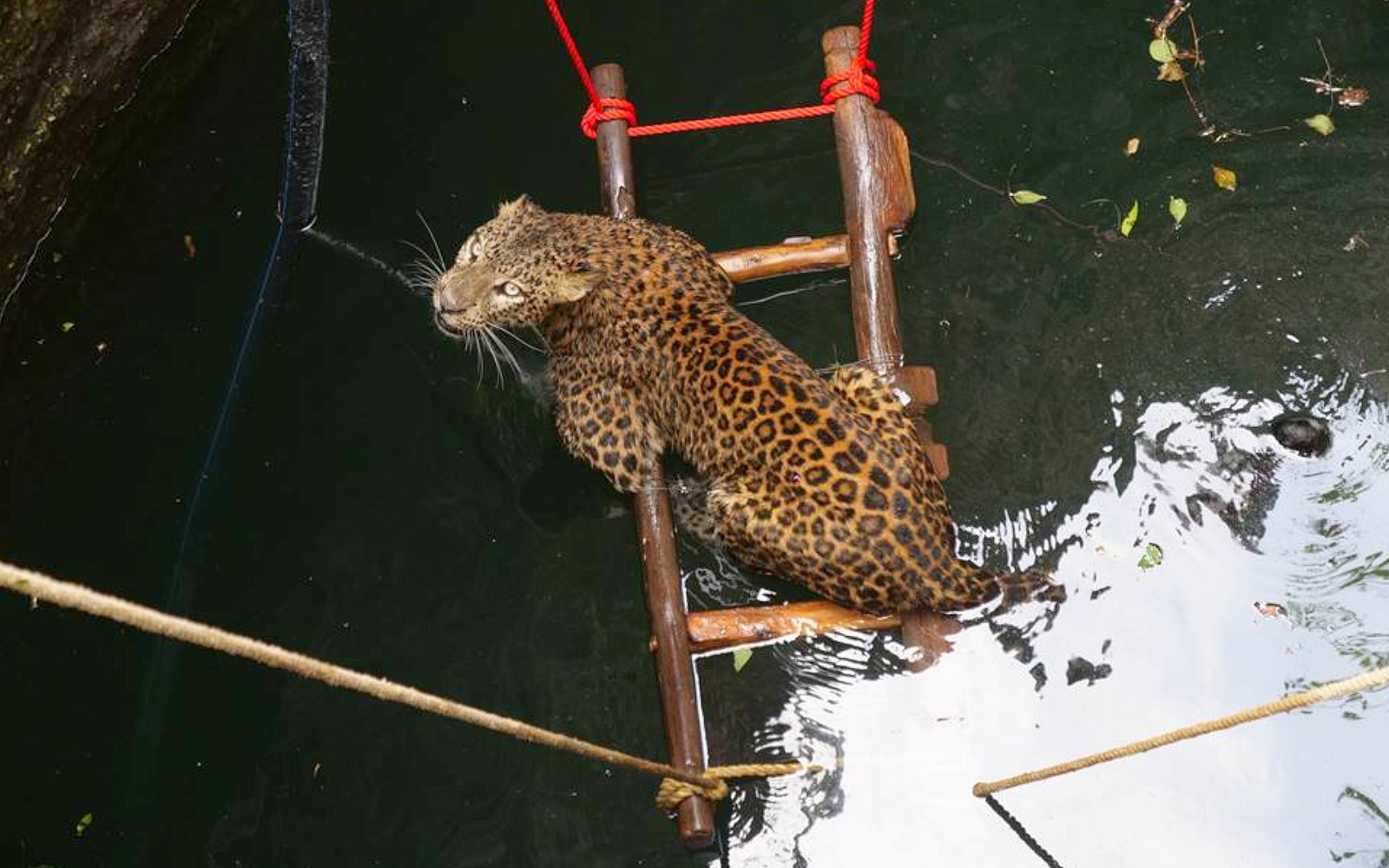 Wildlife SOS and the Maharashtra Forest Department have successfully rescued a leopard who found herself in a really dire situation. The animal, an approximately seven-year-old female, fell into a 30-foot deep open well in Yadavwadi village, India. As the rescuers share, the leopard had a truly narrow brush with death – fortunately, thanks to the amazing efforts of the team, the forest officers, and villagers, she is now out of danger and under observation.

When a local farmer came close to the well to turn on the pump in the morning of October 4th, he was completely shocked to see the eyes of the helpless animal gazing up. The leopard was standing in waist-deep water, terrified and completely unable to escape from the well. The farmer immediately alerted the forest department which, in turn, contacted the Wildlife SOS team that manages the Manikdoh Leopard Rescue Center in Junnar. 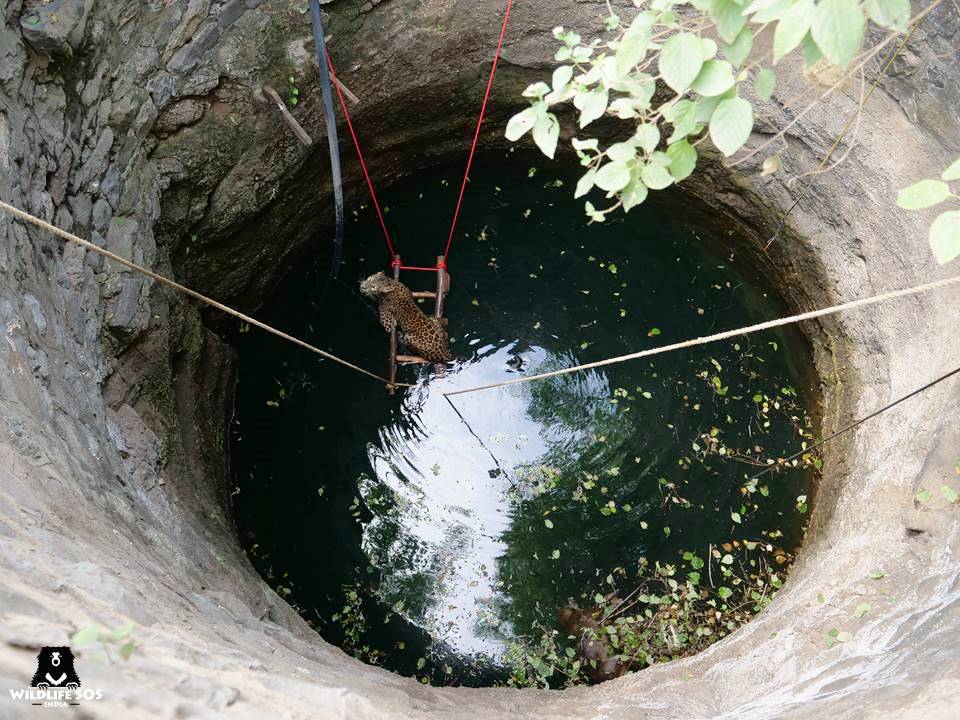 As the Wildlife SOS team set out on the nearly 40-kilometer journey to reach the location, a team of forest officers hurried to the village to assess the situation. Assisted by villagers, they lowered a ladder into the well so that the leopard could get onto the platform for temporary support. 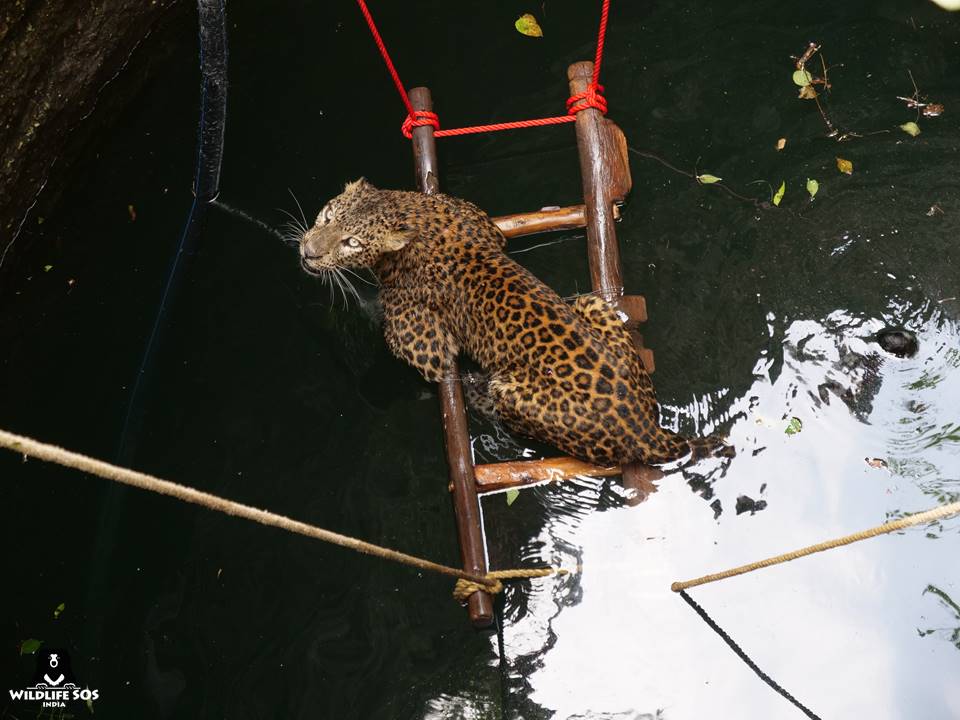 When the Wildlife SOS rescuers arrived, a trap cage was lowered into the well. Thankfully, the leopard jumped into the cage right away and seemed almost grateful for a dry and safe spot to get onto. The cage was carefully taken out of the well and loaded onto the back of the rescue vehicle. The leopard was taken directly to the Manikdoh Leopard Rescue Centre for observation and any necessary treatment. 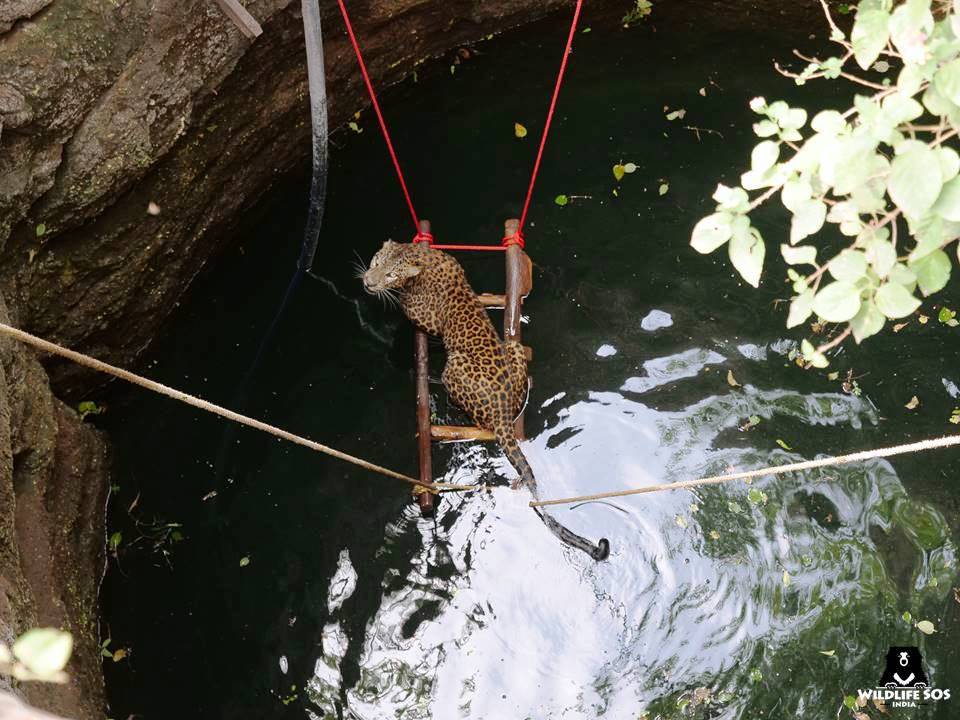 “We receive rescue calls about animals trapped inside wells, very often. The wells in most villages remain exposed due to lack of proper net covers and they pose a particular danger to Indian leopards, a threatened species nearing extinction,” said Kartick Satyanarayan, Co-founder and CEO of Wildlife SOS.

“We are glad to see that people are becoming more sensitized towards the wild animals that share the surrounding habitats, and are making it their priority to reach out to our team and the forest department in such emergency situations.” 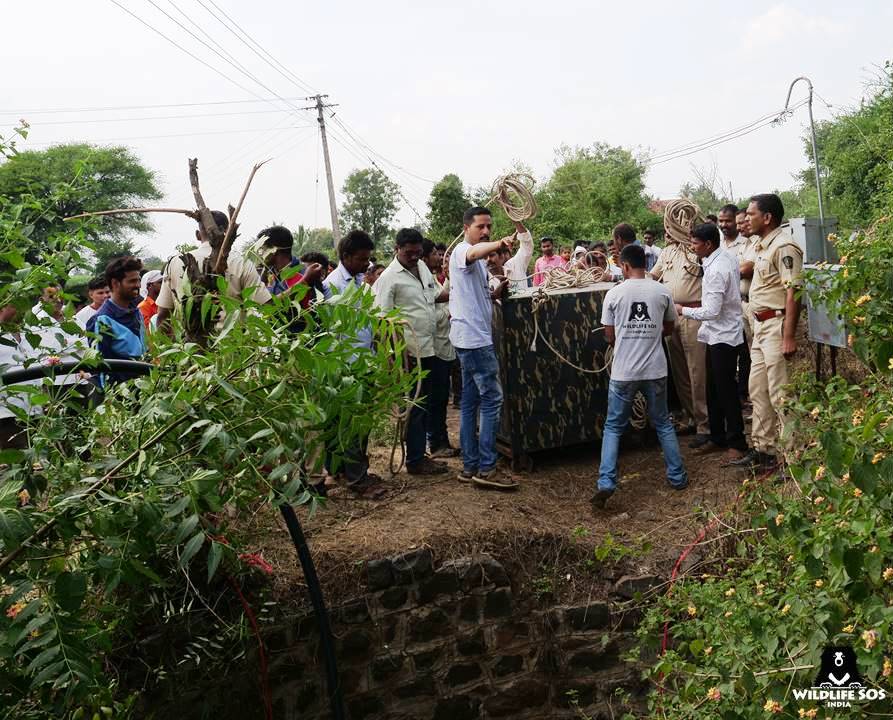 The leopard was not only in shock but also completely exhausted after the time she had spent trapped in the well, desperately looking for a way out. Thankfully, she received the best help possible in the dangerous situation and is now safe. Once the animal is fully recovered and fit to return to her home in the wild, which hopefully happens in a few days, she will be released back into her natural habitat.

To learn more about Wildlife SOS and support their work, click here.