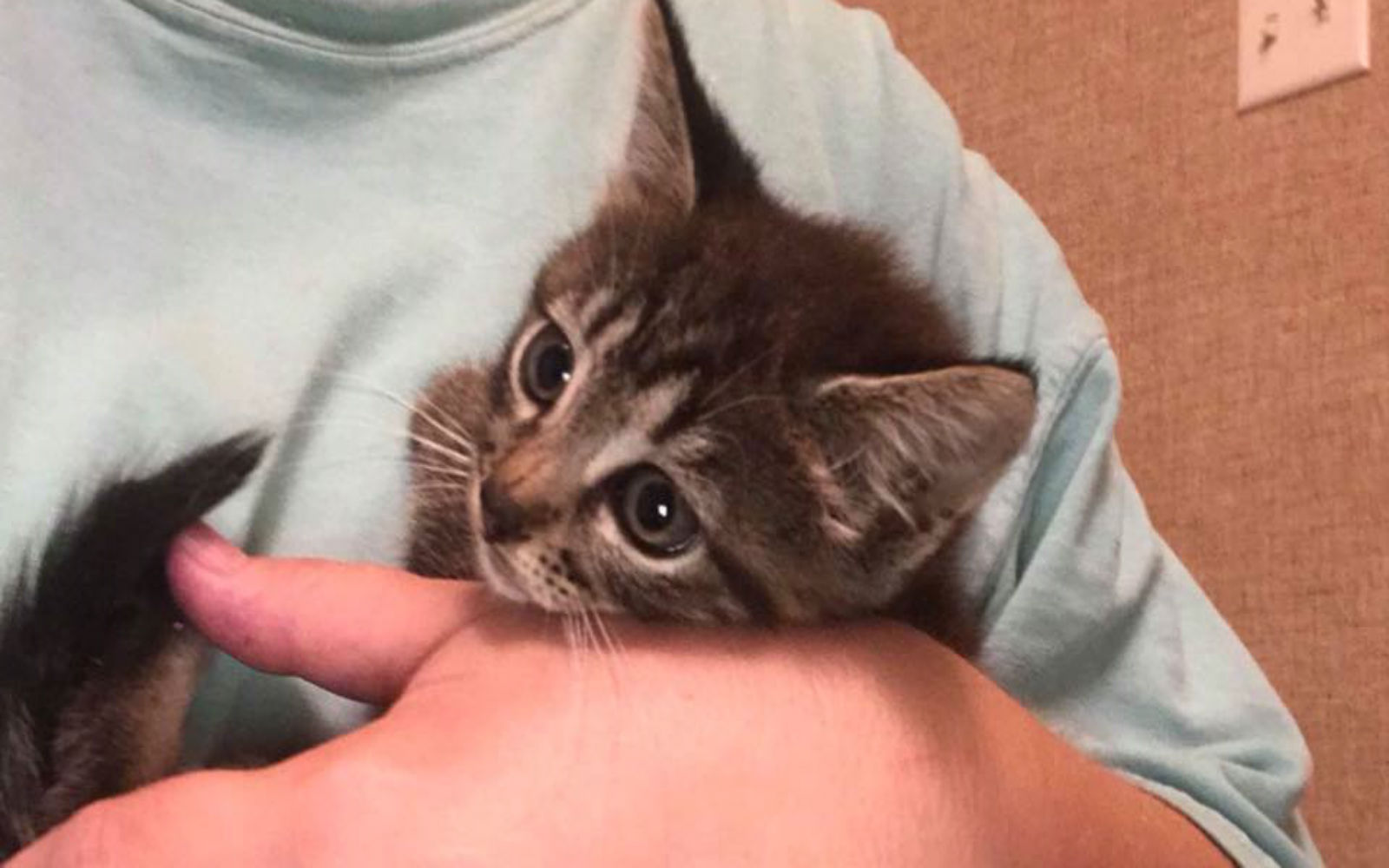 Here is a story brought to you by Southern Cross Animal Rescue (SCAR) about a tiny kitten who is desperate for our help. Little Quinn, with injuries to both her back legs, was found on Friday, trying to drag her way into Quinn’s Pharmacy in Laurel, Mississippi in search of help.

Quinn has been named after Quinn’s Pharmacy, who sponsor Southern Cross Animal Rescue‘s animal cruelty ribbon campaign and first took care of Quinn until Southern Cross Animal Rescue was called. She is currently at the Parkside Animal Hospital, where the staff has found that Quinn is going to need some surgery so she can make a full recovery. Her right leg has torn ligaments that will hopefully heal on their own, but her left leg is completely broken at the femur, and this poor little girl is going to need pins put in to help the healing process.

Southern Cross Animal Rescue is looking for donations towards the cost of Quinn’s surgery, which is estimated to be around $500. This little girl deserves all the love and affection she can get, and needs a second chance to have the life she hasn’t experienced so far. One she has this vital surgery we are sure she will be scooped up and adopted. Quinn, we wish you all the luck in the world! 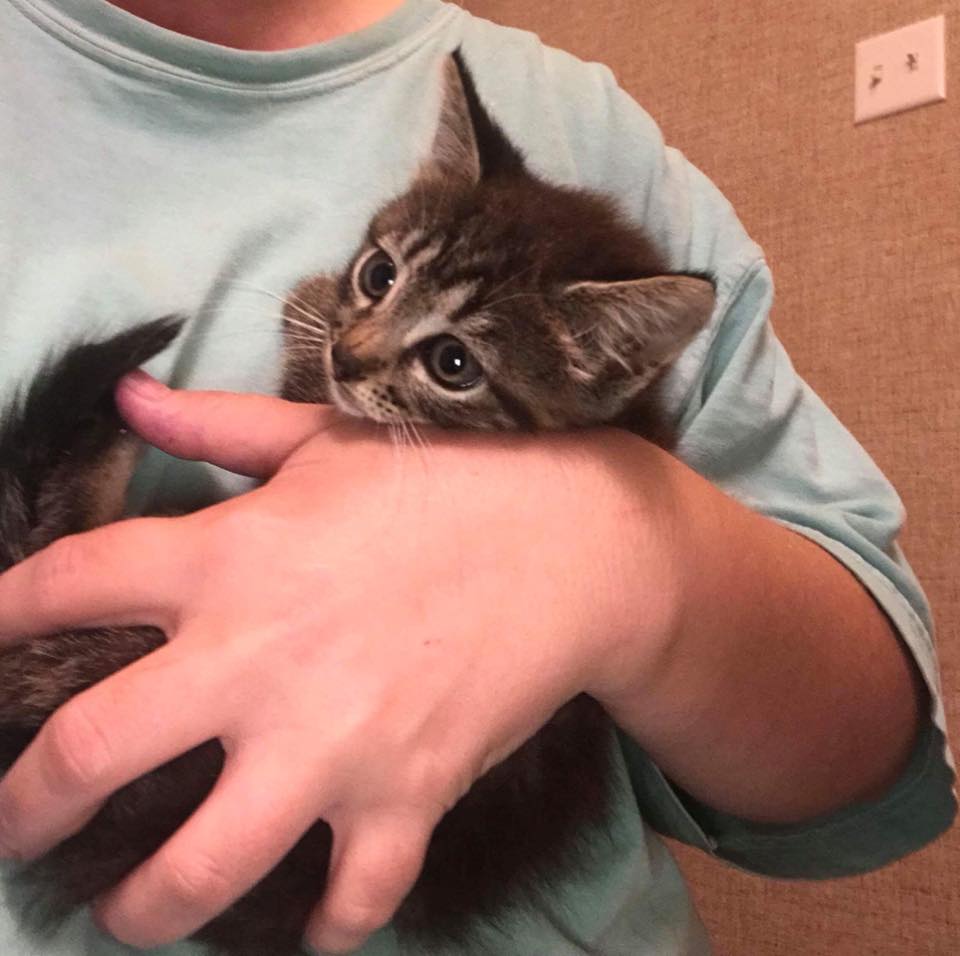 Around eight million cats enter shelters across America every year, from tiny little things like Quinn to older cats in need of a forever home. Spaying and neutering are always important with our cats, but kittens like Quinn are already here and in need of our help. It is hard to look into the eyes of these defenseless animals and not want to give them a home ourselves.

Southern Cross Animal Rescue is a non-profit that focuses on the most desperate cases: animals starving in the streets, sick, mangy, or injured animals, and animals on death row in kill shelters. If you are able to help a kitten like Quinn or any of the other animals Southern work so tirelessly to rescue, then please consider making a donation.