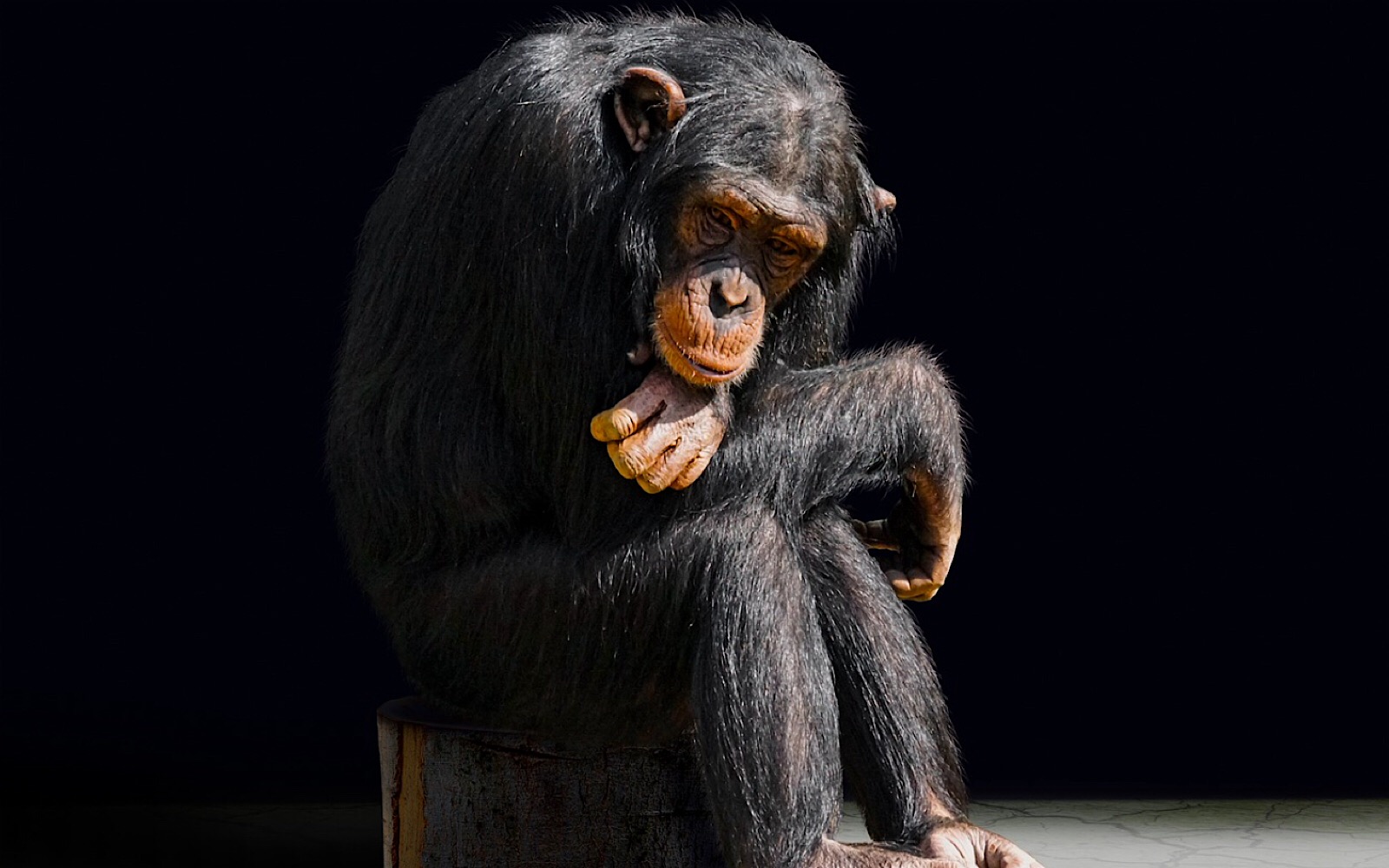 The fight to grant non-human primates (and other animals) personhood has been long and arduous, plagued with obstacles. The law has yet to catch up to ethics or science that proves that animals are sentient beings who experience most of the same emotions we do, like joy, sadness, fear, and compassion. As our closest kin, non-human primates like chimpanzees have emotions and behaviors that are especially similar to our own, and a judge in New York has made the statement that chimpanzees should not be classified as “things”!

Judge Eugene M. Fahey, an Associate Judge on the Court of Appeals, New York’s highest court, made this statement in regards to the Nonhuman Rights Project’s (NhRP) tireless efforts to free chimpanzees Tommy and Kiko. Both chimps were used and physically abused for TV and film and are currently held in captivity in barren and isolated environments, and Kiko has been seen with a heavy steel chain and padlock around his neck. NhRP’s goal is to send these two chimps to a sanctuary, but the judicial system has dismissed their motions several times.

Judge Fahey criticized the court’s decisions, stating that their dismissal “amounts to a refusal to confront a manifest injustice” and is “a deep dilemma of ethics and policy that demands our attention. To treat a chimpanzee as if he or she had no right to liberty protected by habeas corpus is to regard the chimpanzee as entirely lacking independent worth, as a mere resource for human use, a thing the value of which consists exclusively in its usefulness to others. Instead, we should consider whether a chimpanzee is an individual with inherent value who has the right to be treated with respect.”

Fahey continued, “In the interval since we first denied leave to the Nonhuman Rights Project, I have struggled with whether this was the right decision. Although I concur in the Court’s decision to deny leave to appeal now, I continue to question whether the Court was right to deny leave in the first instance. The issue whether a nonhuman animal has a fundamental right to liberty protected by the writ of habeas corpus is profound and far-reaching. It speaks to our relationship with all the life around us. Ultimately, we will not be able to ignore it. While it may be arguable that a chimpanzee is not a ‘person,’ there is no doubt that it is not merely a thing.”

Although Judge Fahey’s statement does not actually change any laws pertaining to granting animals personhood, the Nonhuman Rights Project views it as groundbreaking and historic and hopes it is a major breakthrough in their mission to expand rights for animals.