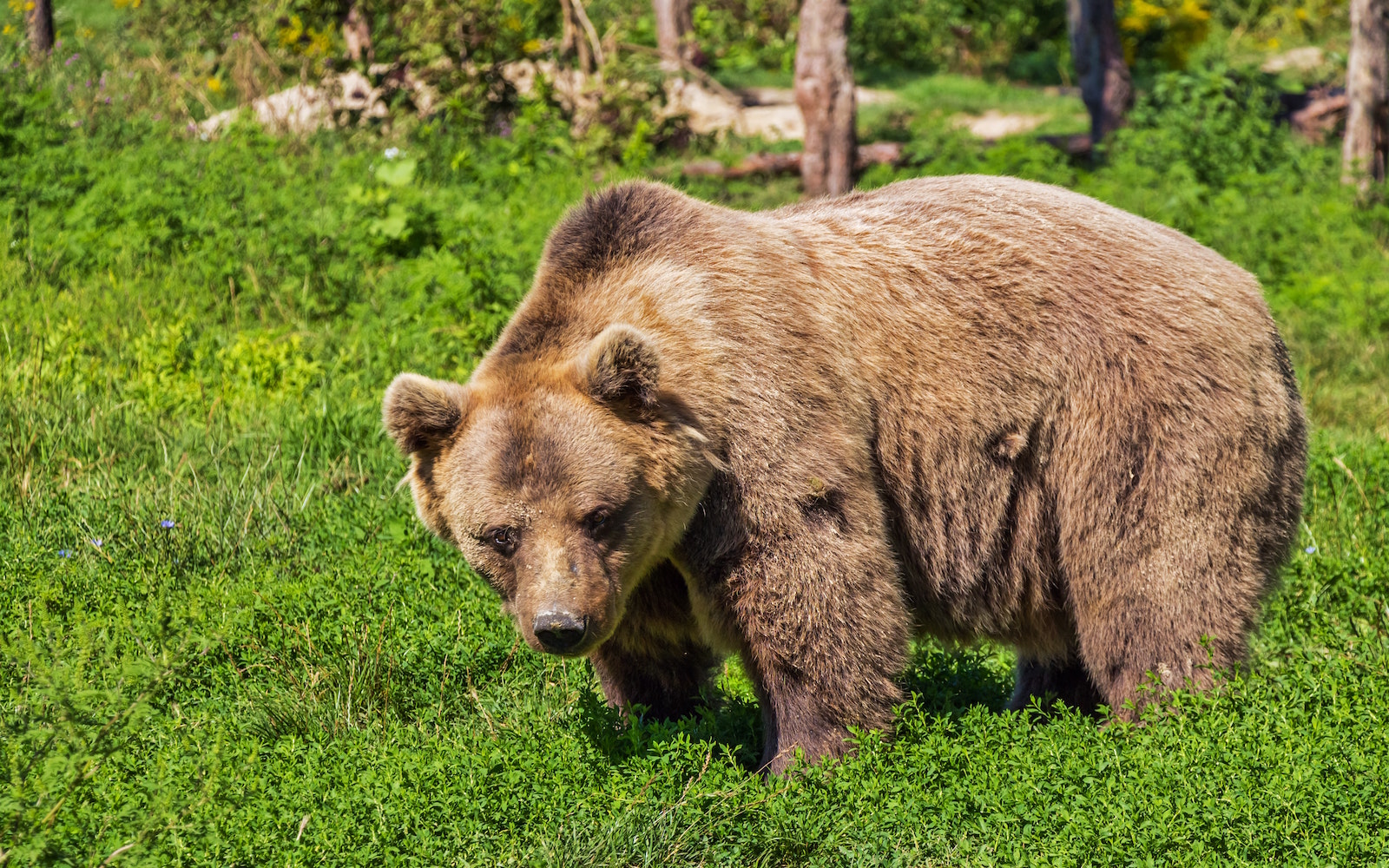 Among other natural marvels, Yellowstone National Park has been known for its grizzly bears ever since the park was established. But unfortunately, throughout history, people haven’t been able to leave these iconic animals alone and trust nature to take care of balancing out their population with the rest of Yellowstone’s ecosystem.

In fact, the desire of humans to take matters into their own hands by hunting the bears directly resulted in grizzlies spending four decades on the federal endangered and threatened species list. Not too long ago, in 1975, the number of grizzlies in the Yellowstone area was alarmingly low, with just 136 bears in the population.

Fortunately, thanks to increased protection for the bears, their population has slowly but surely regenerated. Yet in the present day, they are no less threatened than they were 40 years ago. The effects of climate change are greatly interfering with their food supply, forcing them to resort to eating a meat-centric diet as the plants they were meant to eat rapidly disappear.

Furthermore, they are STILL being targeted by humans who can’t seem to understand that hunting the bears is wildly unnecessary and could easily lead to the majestic creatures facing the same plight they did in the 1970s.

Ignoring the urgent need for grizzlies to remain protected, the U.S. Fish and Wildlife Service decided to take away the vulnerable animal’s endangered species status in August of 2017. To make matters worse, the states of Wyoming and Idaho recently announced a plan to allow up to 23 grizzlies to be hunted and slaughtered in the Yellowstone region this fall.

Now, for the good news: Environmental law organization Earthjustice fought the planned grizzly killing event, which was set to begin tomorrow (September 1st) and convinced a federal judge to grant an order delaying the hunt until the federal government reevaluates whether protections should be reinstated for the bears.

In the order, which was granted by Judge Dana L. Christensen, she warns about the dangers of allowing the hunt to occur, pointing out that “once a member of an endangered species has been injured, the task of preserving that species becomes all the more difficult.”

As Earthjustice attorney Tim Preso stated regarding his organization’s recent action, “As we explained to the judge today, the removal of protections for Yellowstone’s iconic grizzlies was illegal. The bears should not be killed in a hunting season made possible by an illegal government decision.”

We certainly agree that grizzly bears, a magnificent symbol of wilderness in Yellowstone and beyond, deserve to be protected at all costs, not murdered for profits. If you agree that the impending hunt should be canceled and the U.S. Government should be increasing measures to preserve this fragile population rather than decreasing them, make your voice heard by signing this petition on Care2!

And don’t forget to tell everyone in your network that the grizzly bears of the Greater Yellowstone area desperately need our help!