Indonesia May Create Islands for Orangutans 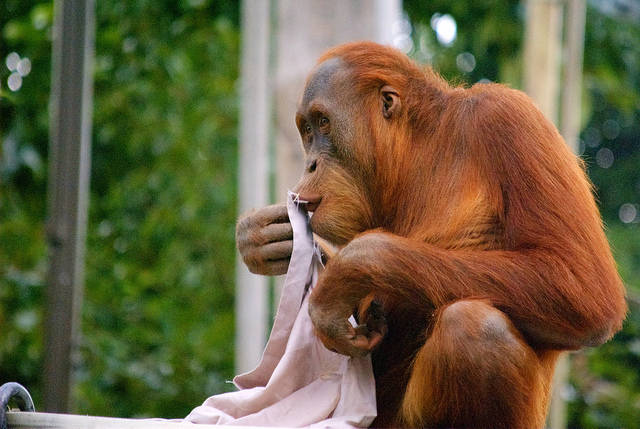 Dr. Singleton, a British conservationist is leading an ambitious plan to create a chain of man-made islands in northern Sumatra that would liberate sick or injured orangutans that currently live in cages.

“Depending on the site, it shouldn’t take us too long to create the islands, as long as the moats don’t leak,” Singleton told the Guardian. “The biggest challenge is finding the right land that has the right security and a water supply that isn’t full of effluent.”

Dr. Singleton leads the Orangutan Conservation Programme in the country that is funded by a Swiss NGO, PanEco. His principal goal is to protect and rehabilitate the captive orangutans, but also hopes an education centre and guided walks will help improve the local population’s understanding of these shy creatures.

There are only an estimated 6,000 orangutans left in Sumatra, due to deforestation and conflict with humans.