Hundreds of Wild Horses in California Could Be Sent to Slaughter — Help Stop This Unnecessary Cruelty! 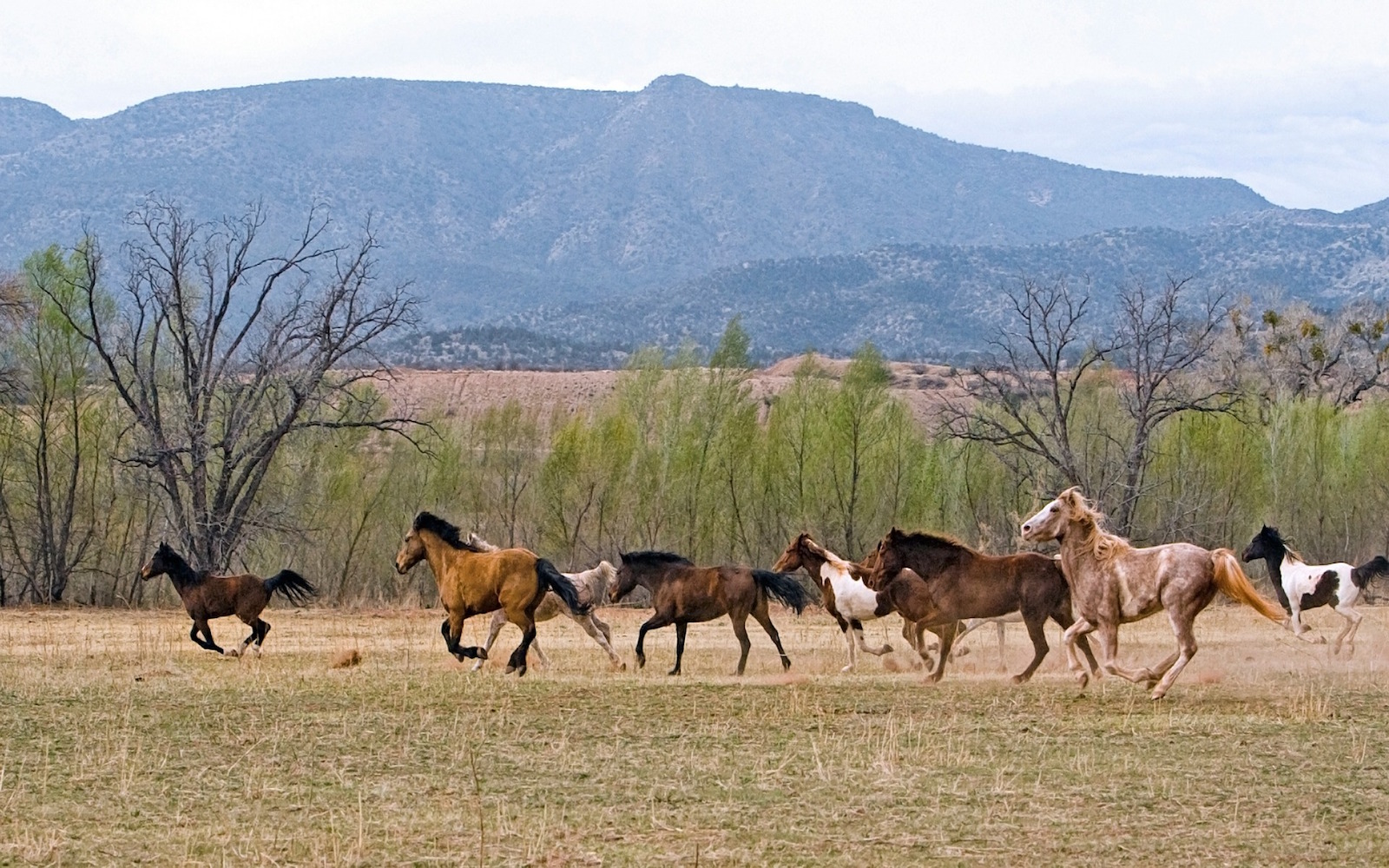 In Devil’s Garden Plateau, a 258,000-acre area found in the Modoc National Forest of Northern California, around 3,900 wild horses currently roam freely, benefiting the ecosystem in many important ways. But unfortunately, many of the animals in this large herd are now in danger of being stolen from the land they call home and auctioned off to slaughterhouses in Canada and Mexico.

The U.S. Forest Service, the agency responsible for managing the land in Devil’s Garden Plateau, has proposed a program they’re referring to as the “horse gather.” Under this cruel roundup plan, 1,000 of the federally protected horses — around one-quarter of the herd — are set to be captured this month.

Reportedly, the U.S. Forest Service will aim to round up about 700 horses that are either pregnant or under the age of 10. These animals will then be sent to a Bureau of Land Management (BLM) adoption facility, where they may or may not find loving new homes. Then, there are the other 300, who will be put up for sale at a temporary holding facility and, if still there after 30 days, sold for a low price of one dollar each.

By failing to spell out any type of rules or procedures to ensure the safety of these horses and help them find caring owners, this wildly irresponsible plan will likely result in many of these innocent animals going to slaughter abroad if it comes to pass.

In an attempt to justify this ridiculous proposal, the U.S. Forest Service is claiming that it is necessary to control the herd’s population. According to the agency, the horses are reproducing too quickly and consuming too much vegetation and water, yet they have provided no concrete evidence that this is actually occurring.

As the American Wild Horse Campaign (AWHC) pointed out, the real motivation behind gathering up these horses and getting them off the land is likely to make room for cattle so the government can charge ranchers a fee for grazing permits and turn a profit. Sound familiar? Probably because the BLM has given the same bogus excuses and attempted to carry out similar roundups in other parts of the country several times.

Thankfully, the AWHC and other animal welfare groups are taking a stand against this latest federal plan targeting wild horses, just as they’ve done in the past in response to the BLM’s inhumane population control strategies.

Instead of carrying out the plan as proposed, the AWHC is urging the Forest Service to consider removing the herd in smaller increments to ensure the animals can be humanely gathered and re-homed.

Another more humane alternative suggested by the AWHC is to administer an immunocontraceptive vaccine on mares, a strategy which would reduce the population without interfering with the hormones that drive the horses’ innate natural behaviors or affecting the fetuses of already pregnant mares.

Animal welfare organizations are also pushing for a bill called the Safeguard American Food Exports (SAFE) Act to be passed. This piece of legislation would prevent the cruel horse slaughter industry from reestablishing operations in the U.S. and ban the export of American horses to foreign countries for slaughter.

If you’d like to help these organizations in their fight to get wild horses the protection and humane treatment they deserve, please sign the Care2 petition in support of the SAFE Act.

Plus, please click here to find instructions for contacting U.S. officials and telling them you strongly oppose their plan to allow federally protected wild horses to be auctioned off like inanimate objects. The cruel and unnecessary proposed plan is scheduled to be carried out through the end of this month, so it’s vital that we move fast to put an end to it!