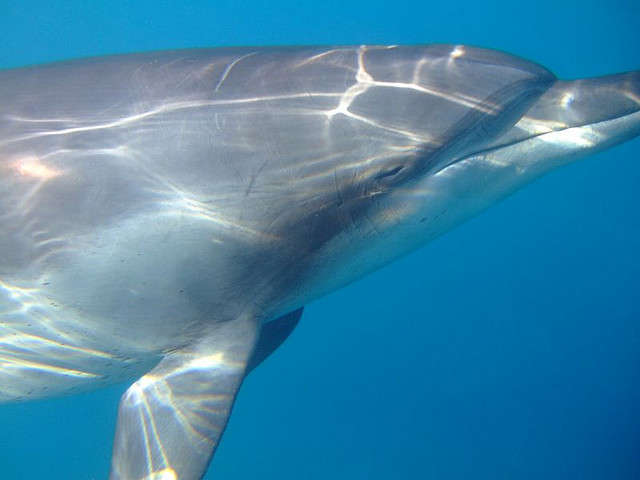 According to the Chinese newspaper China Daily, Hong Kong Airlines is refusing to stop transporting live dolphins captured in the Japanese town of Taiji, despite widespread backlash over its involvement.

An internal memo to the airline staff was leaked, boasting of the transaction’s success and saying that it earned the company US $110,000 in cargo revenue. The memo also included a photograph of the dolphins lying in shallow, narrow containers with their fins protruding, inside the Boeing 733F cargo plane.

The internal memo said the “smooth handling of such special cargo which is time sensitive and vulnerable” demonstrated the carrier’s improved cargo-handling ability. “Based on the experience we have obtained this time, Hong Kong Airlines cargo will develop the business onward,” the memo stated.

Animal lovers have launched an online petition on Change.org pressuring Hong Kong Airlines to stop carrying live dolphins as cargo. “Dolphins are neither cargo, nor commerce, nor entertainment,” says the petition, which has already been signed by more then 6,000 people.

In response, Hong Kong Airlines hasn’t addressed the allegation directly, but instead expressed its unfamiliarity with dolphin transport. “As a member of the transport industry, the airline was totally unaware of the complexities behind this shipment of five dolphins,” said a statement posted on the carrier’s website.

For more information on how you can become involved in the social media campaign to end the slaughter and captivity of marine mammals in Taiji and worldwide, visit this Facebook page.