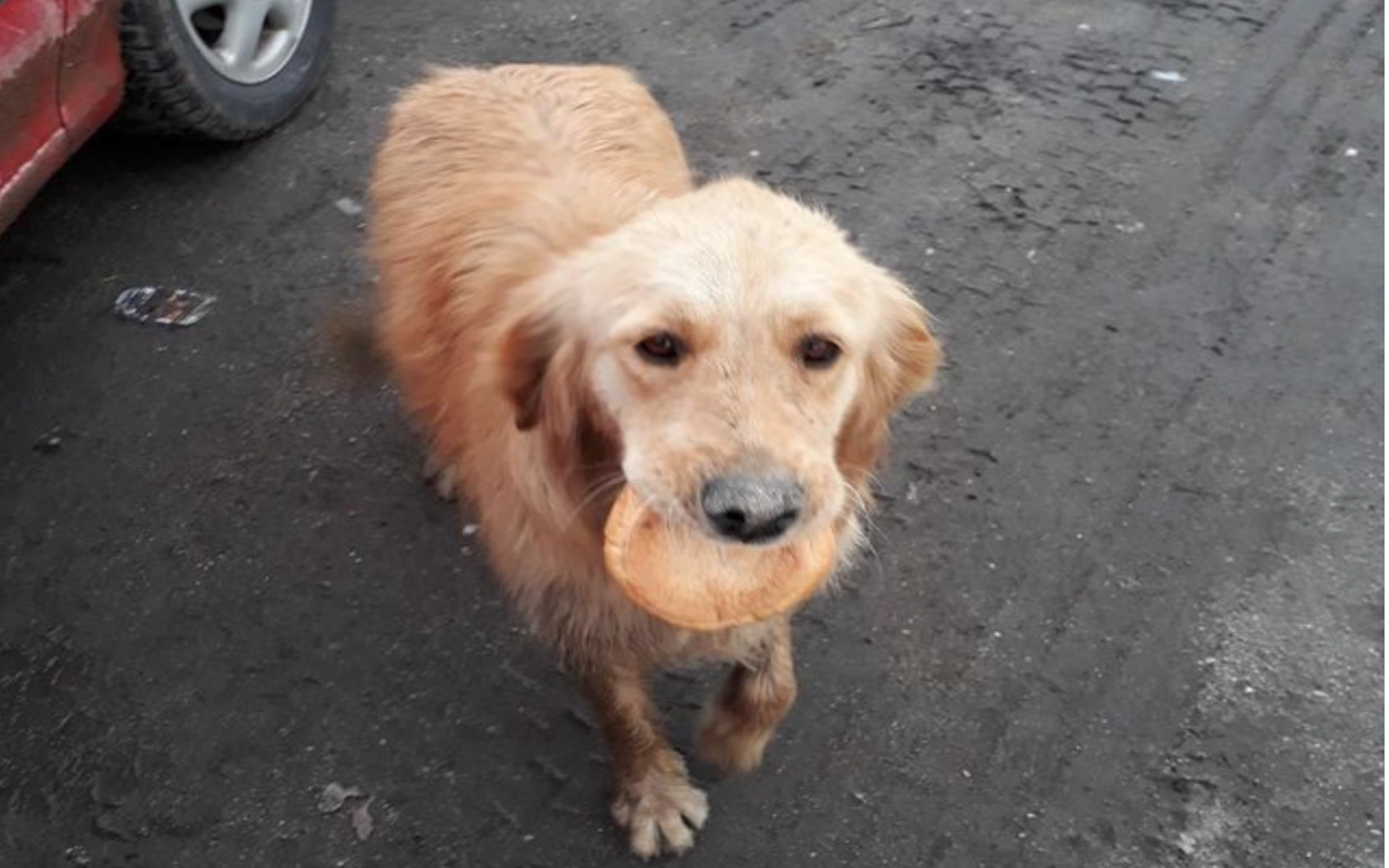 After being dumped on the side of the road in Turkey, a clever Golden Retriever did everything she could to stay alive. With no one to take care of her, she was forced to scavenge for food and water. When she found a small piece of bread, she wanted to make it last as long as possible, so she carried it around in her mouth. Can you imagine seeing a sweet dog living on the streets in such a desperate situation?

Luckily, an animal lover named Ayberk Ayar noticed her wandering around with her bread while he was visiting the area, and he was so appalled by her situation that he decided to take a photo and post it on his Instagram. As reported by The Dodo, the photo reached exactly who it needed to — Rescuers Without Borders, a nonprofit organization dedicated to rescuing homeless dogs in Turkey and giving them a new life with loving owners. 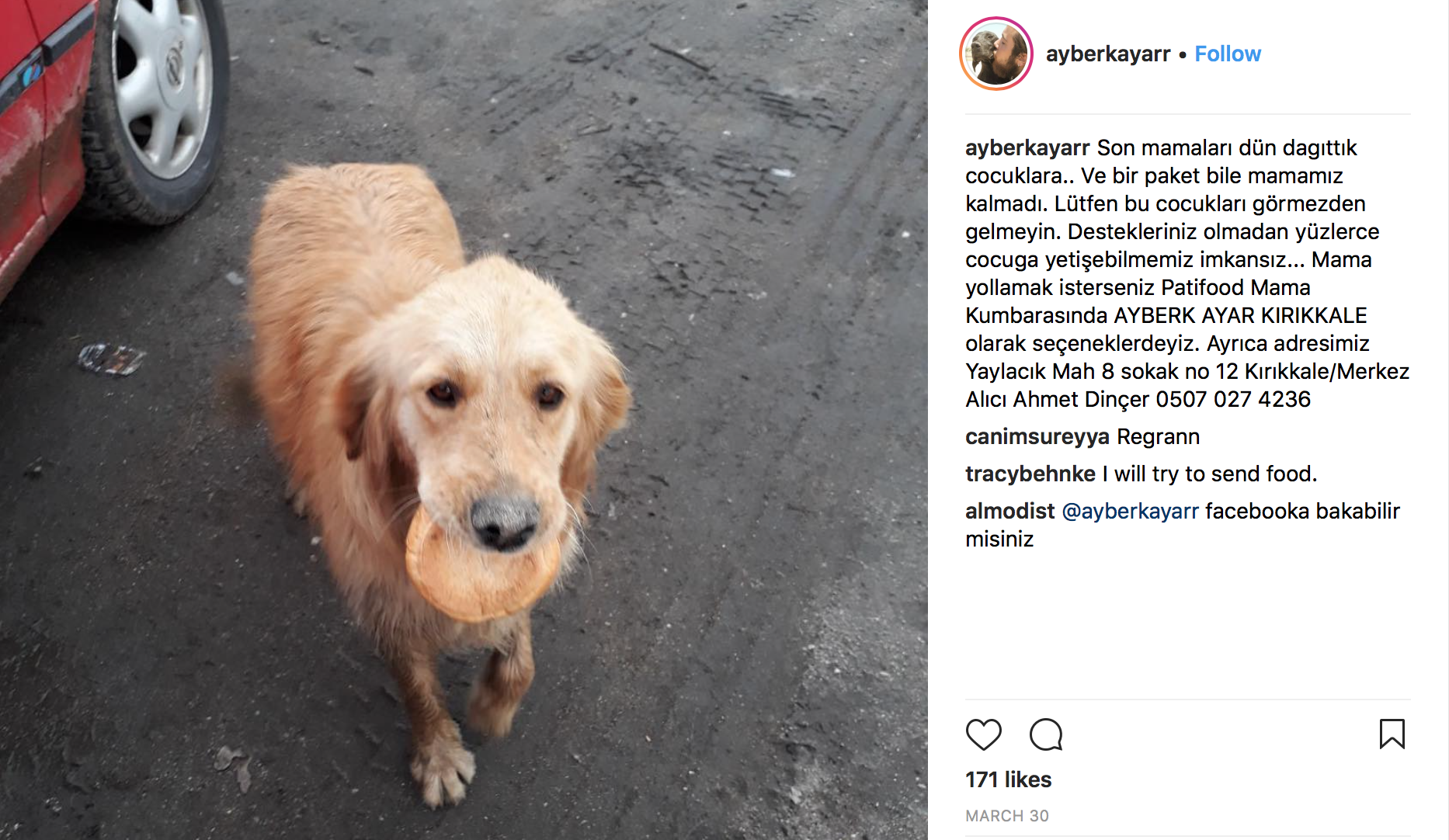 Tracy Behnke, the intake director for the organization, was determined to help the starving pup. In an interview with The Dodo, she said, “Golden Retrievers just can’t fight as well as the other bigger dogs. I was just taken with her, and I thought, ‘We need to do something for her.'”

But when a rescue team arrived in the Turkish village where Ayar had spotted the dog, she was nowhere to be found. Locals reported that they had seen her riding in a car with a man who was trying to sell her. Worried that she might end up being used for breeding purposes, the volunteers continued their search tirelessly until they finally found the dog in a windowless shed with no food or water available to her. Upon being picked up by a volunteer and taken to a Rescuers Without Borders vehicle, the sweet girl immediately curled up and relaxed, as if she knew she was finally safe.

After getting cleaned up and having a medical checkup in Turkey, the adorable Golden Retriever, who rescuers decided to name Harper, boarded a plane to the U.S. Rescuers quickly found a foster family for her in Washington state, where she is currently getting used to her new life. Everyone who meets Harper is shocked by how sweet she is considering the circumstances she faced. Still, there are a few signs that she spent time on the streets. She can be quite shy, and when you offer her food, she is often slow to accept it.

After spending a bit more time relaxing with her foster family and adjusting to life in the U.S., Harper will be ready to find her forever home. We are so thankful that Ayar and the compassionate team at Rescuers Without Borders helped Harper get the life she deserves!

In order to continue giving Turkish street dogs like Harper a happy ending, Rescuers Without Borders needs your help. To donate to this very worthy cause, visit their website or Facebook page. No contribution is too small to make a difference in the lives of animals in need!