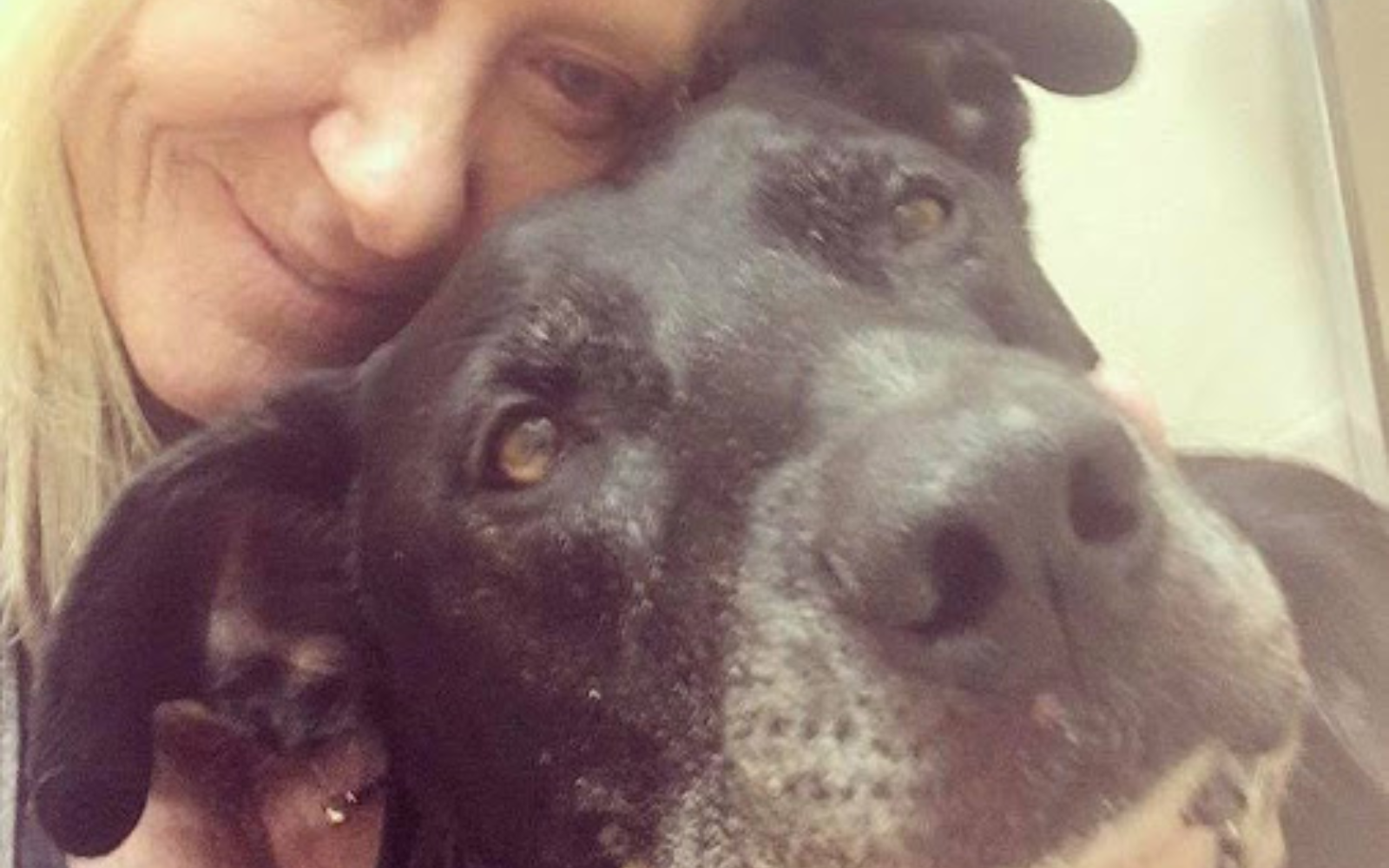 Faith in humanity: restored, thanks to a beautiful story brought to us by Love Is Furever Dog Rescue.

When Brett Edwards recently became homeless, he and his eight-year-old dog named Lobo had to live out of his Jeep because they had nowhere to go. When his story appeared on Facebook, a lovely soul named Brigette Piaffe offered to foster Lobo while Brett tried to get back on his feet.

Lobo is a loyal pup who only wanted to be with his guardian, no matter how well-meaning his fosterers were! He broke out of his crate on two separate occasions, which led to an injury on his leg that became infected. And because Brett didn’t have the funds to treat him, heartbreakingly, he surrendered Lobo to a shelter where he could be looked after.

Lobo has a massive infection on his leg, parts of which have become necrotic because of a lack of circulation. His kidneys need monitoring because his blood panel came back high, and on top of that, poor Lobo has a huge hole in his lip! Lobo will need to remain in the hospital for now so that the team treating him can contain the infection, perform surgery on his necrotic wound, and give him the time and medication to get well again. Lobo is currently on fluids and showing all the love and affection he can to all the staff who are caring for him. He must be so frightened and confused by what has happened to him, but all he has to give is love.

When Lobo recovers, he is going to make someone a beautiful addition to their family! He is both cat and kid-friendly, and as you can see from this picture, always up for a snuggle! Get well soon, Lobo!

This is such a heartbreaking yet uplifting story. We hope that Brett’s life turns around for him soon; he did the right thing by surrendering Lobo when he was unable to take care of him, and we can only wish him well. This is when surrendering a dog makes sense to us, not when owners do it on a whim because they grow tired of their pets. We have to become a nation of dog adopters for this very reason; to help those whose lives have been disrupted by circumstances beyond their control get their beloved pets into loving homes.

Love Is Furever Dog Rescue works hard to help dogs like Lobo by paying for their expensive medical care and helping them be adopted into new homes. They need our help to keep going! If you would like to follow Lobo’s story, are in a position to either donate or adopt, or would just like to know more about their incredible work, please visit their Facebook page.