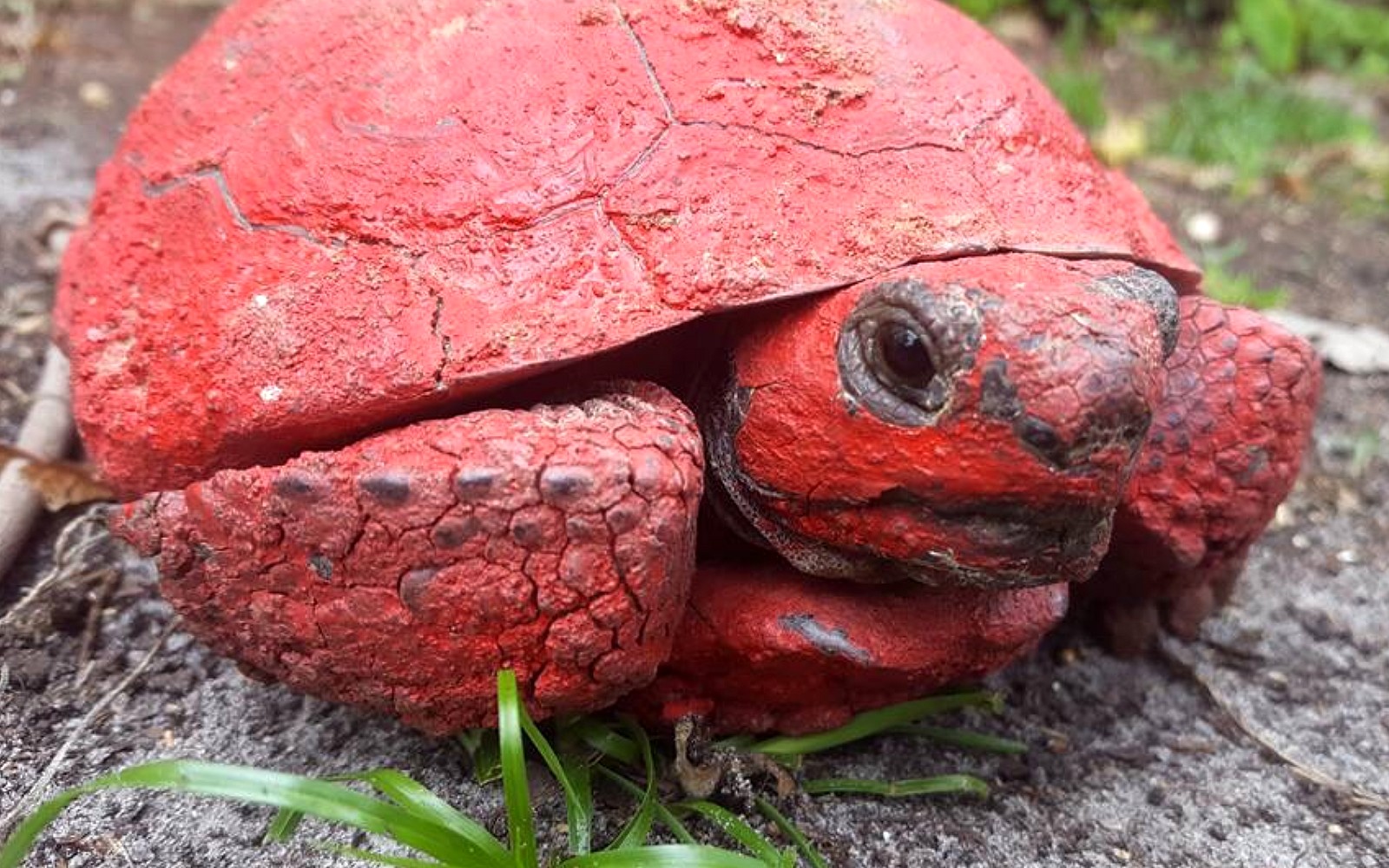 The Florida Fish and Wildlife Conservation Commission (FWC) is seeking help to identify the person who had covered an endangered gopher tortoise with spray paint. The tortoise, now known as Raphael, was found completely coated with a dry layer of red paint that had been applied all over the animal’s body, and the tortoise also had concrete on his limbs.

The gopher tortoise was discovered in the middle of County Road 455, south of Montverde, by two kind people who then immediately took the animal to a wildlife rehabber. 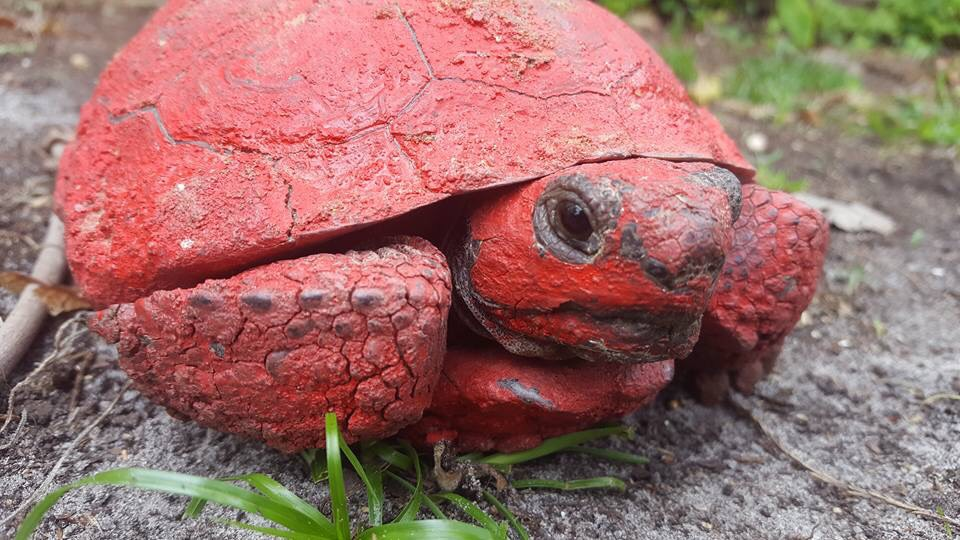 “Applying substances like paint on tortoises can inhibit their ability to absorb vitamins from the sun’s UV rays through their shells, has the potential to cause respiratory problems and can lead to harmful chemicals being absorbed into their bloodstream,” FWC emphasized. 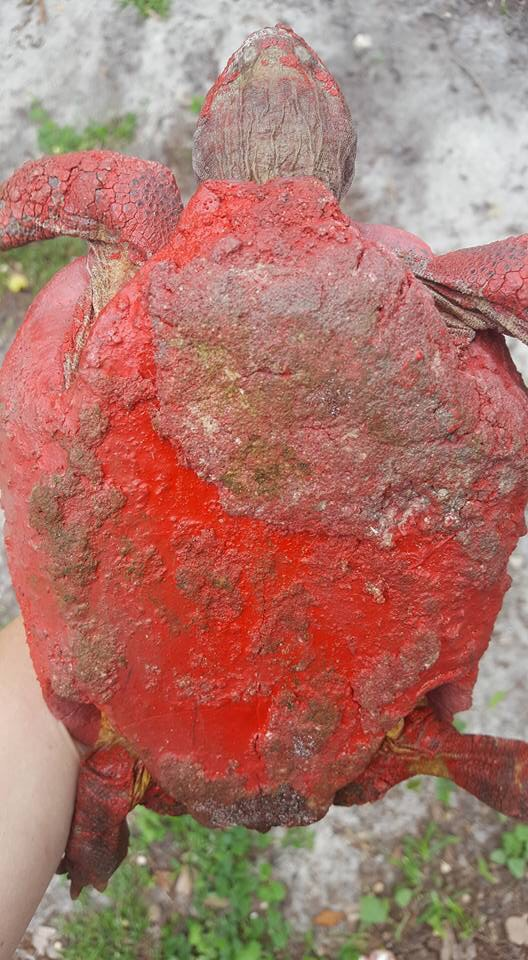 Removing the paint and concrete from the tortoise is a challenging process which, unfortunately, causes the animal stress – but it has to be undertaken quickly, so as not to give the chemicals the chance to sink in further. 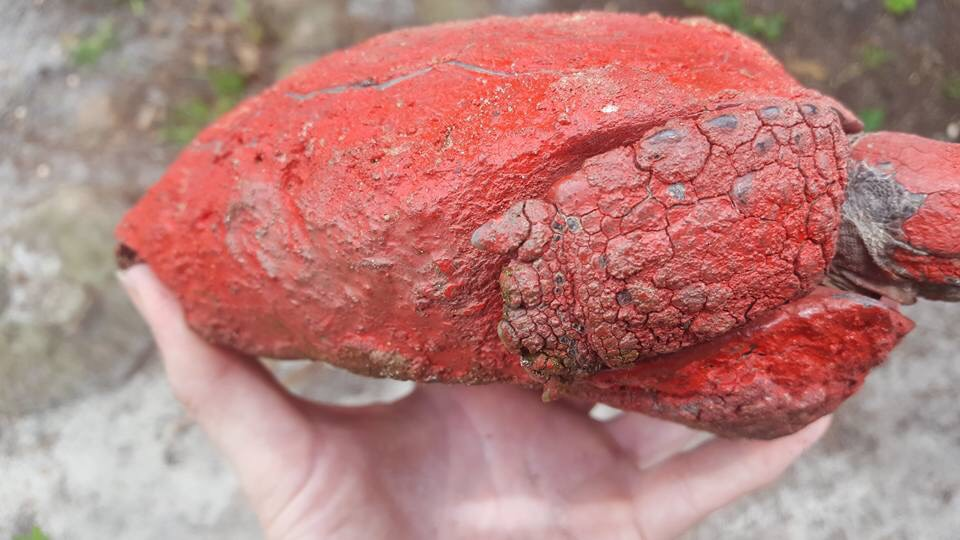 Gopher tortoises are state-listed as Threatened and they are a protected species. Raphael is now under the care of The Central Florida Wildlife Center and Swamp Girls. 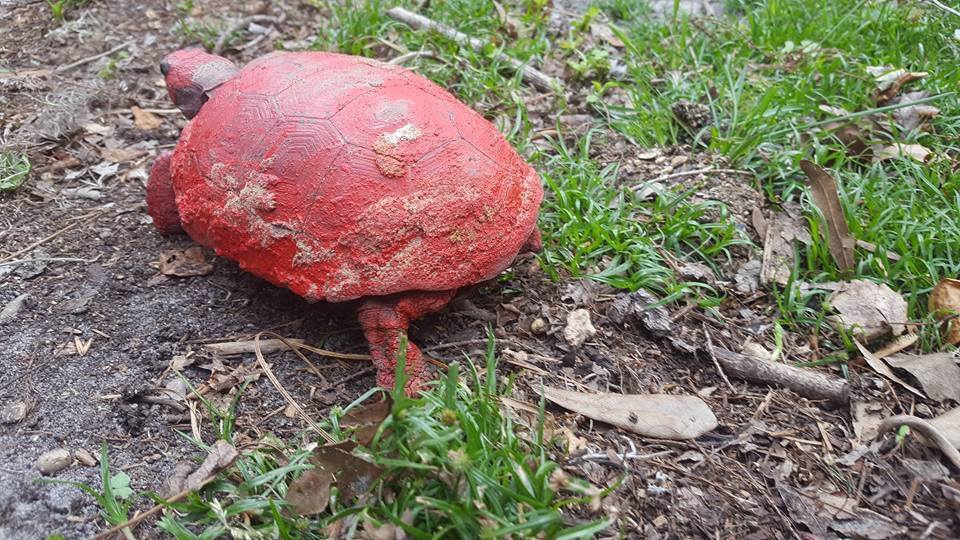 According to the latest update by the Swamp Girls, thanks to a lot of careful scrubbing, Raphael is now starting to look more and more like his proper self! 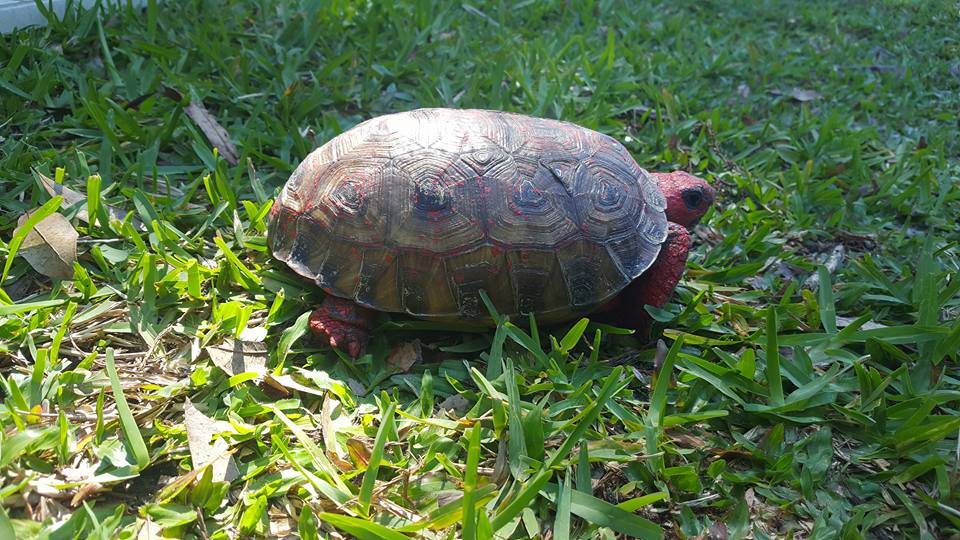 FWC is asking anyone with any information about who may have applied the paint and concrete on the animal to call the Wildlife Alert Hotline at 888-404-FWCC (3922) or email [email protected] All informants will remain anonymous.