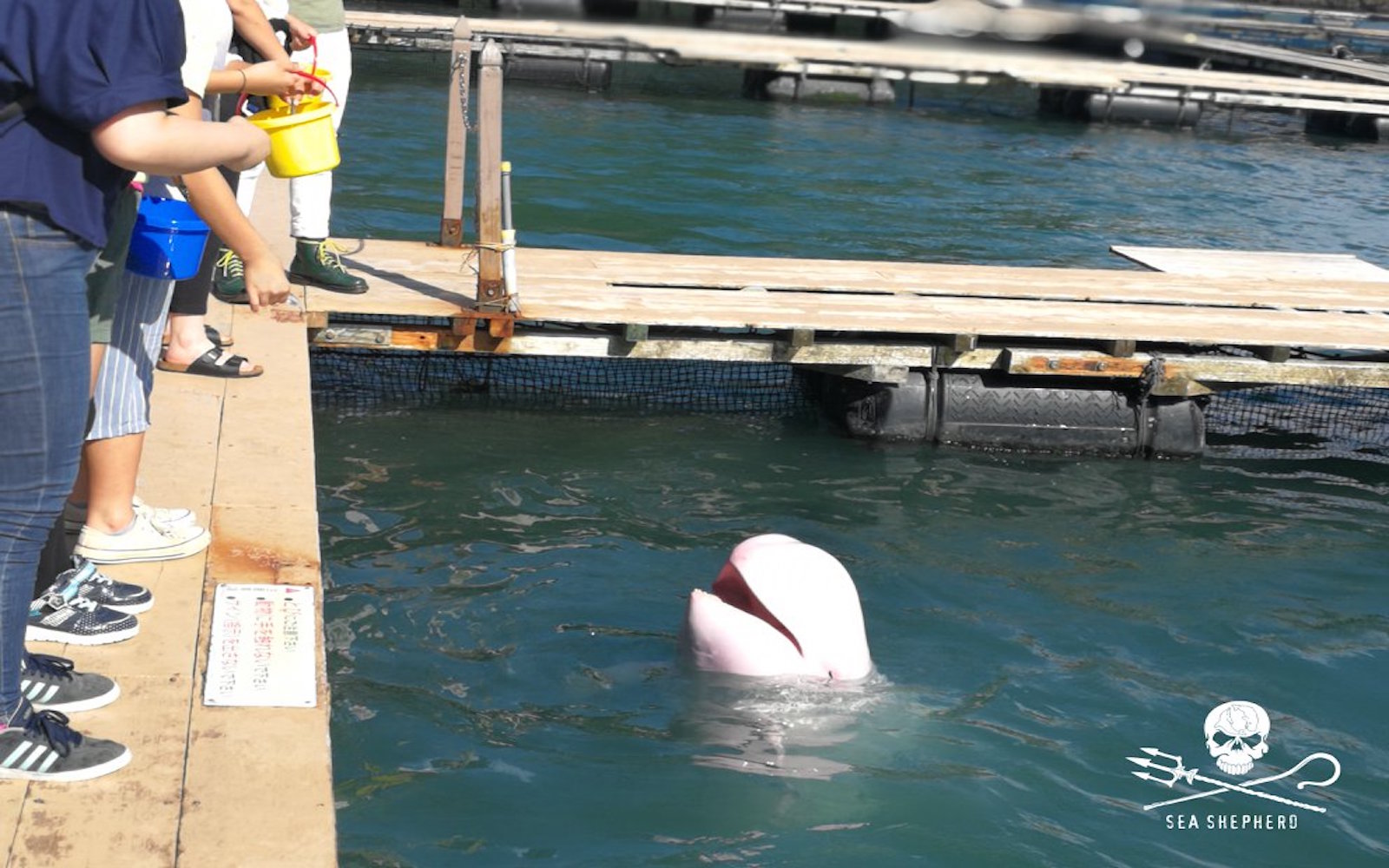 In recent years, documentaries such as “The Cove” and “Blackfish” have helped to expose the absolutely horrific treatment that dolphins, whales, and other cetaceans experience when they are stolen from the wild and held captive at marine parks like SeaWorld. As a result, the public perception of keeping marine animals in captivity has largely shifted, and more citizens than ever before are now boycotting establishments that exploit cetaceans for profit.

Even so, the incarceration of these intelligent, majestic animals has not yet ceased completely, as evidenced by the continued existence of the Taiji Whale Museum located in Taiji, Japan, the city which is also home to the infamously brutal annual Taiji dolphin hunts.

Like many other establishments that house marine animals in tiny tanks and force the innocent creatures to endlessly perform tricks if they want to be fed, the Taiji Whale Museum markets itself as being an educational experience for the whole family. In an attempt to make its live-animal exhibits seem innocuous, the museum even goes so far as to keep some of its dolphins and whales on display in outdoor enclosures.

But, in reality, there is nothing natural or humane about the way in which this museum treats the wild animals it imprisons. For indisputable proof of this, you need look no further than these photos captured at the museum by marine wildlife conservation organization Sea Shepherd: 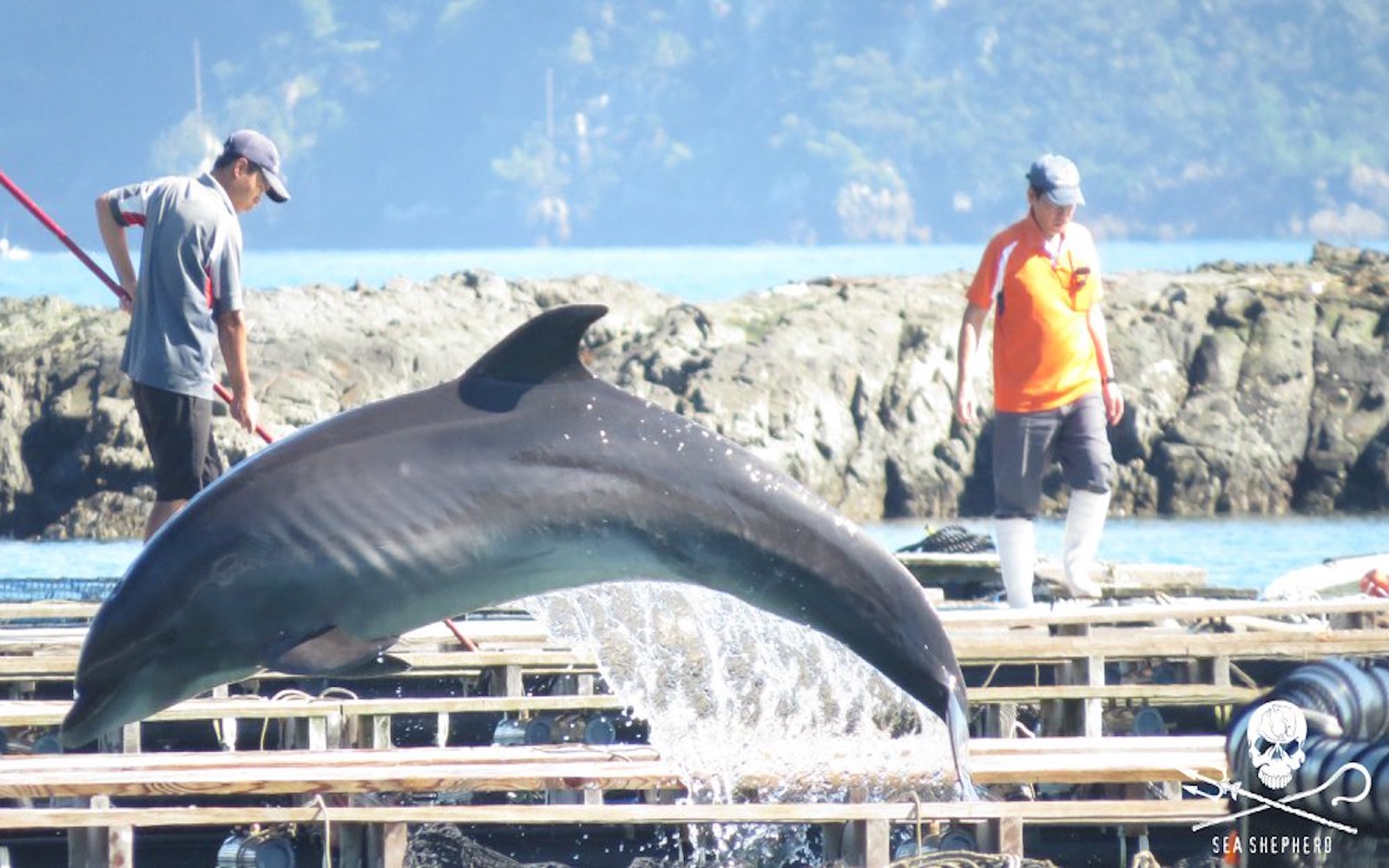 The disturbing photo above depicts an obviously malnourished dolphin enslaved in one of the museum’s outdoor pens. Below, a Risso dolphin is seen looking deeply depressed while swimming in the confines of its small enclosure at the museum. 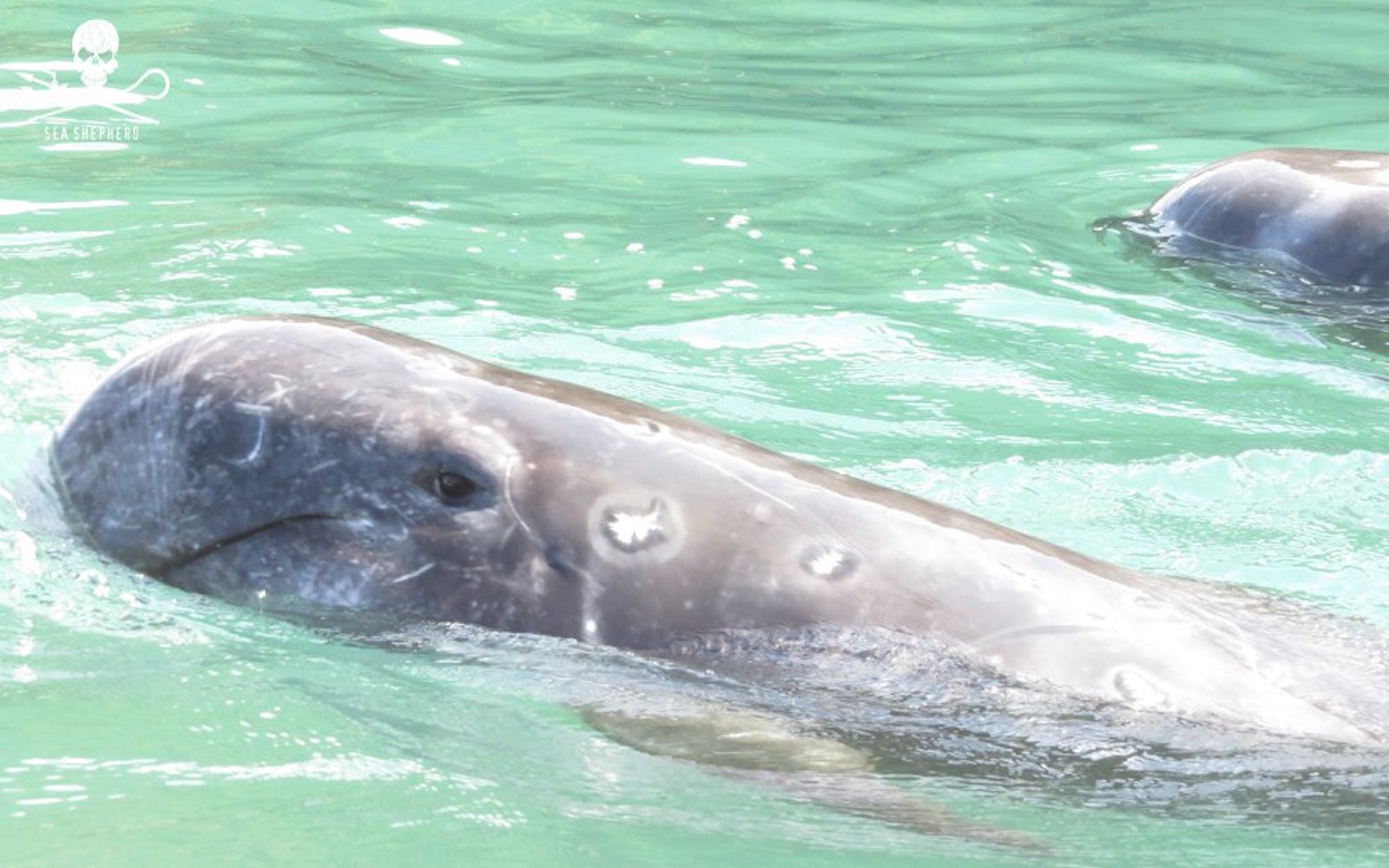 As Sea Shepherd’s “Cove Guardians” have witnessed, dolphins at the museum are fed no more than twice a day and only after completing commands given to them by trainers. In the photo below, one of the starving animals begs for food as a crowd of people gawks at it. 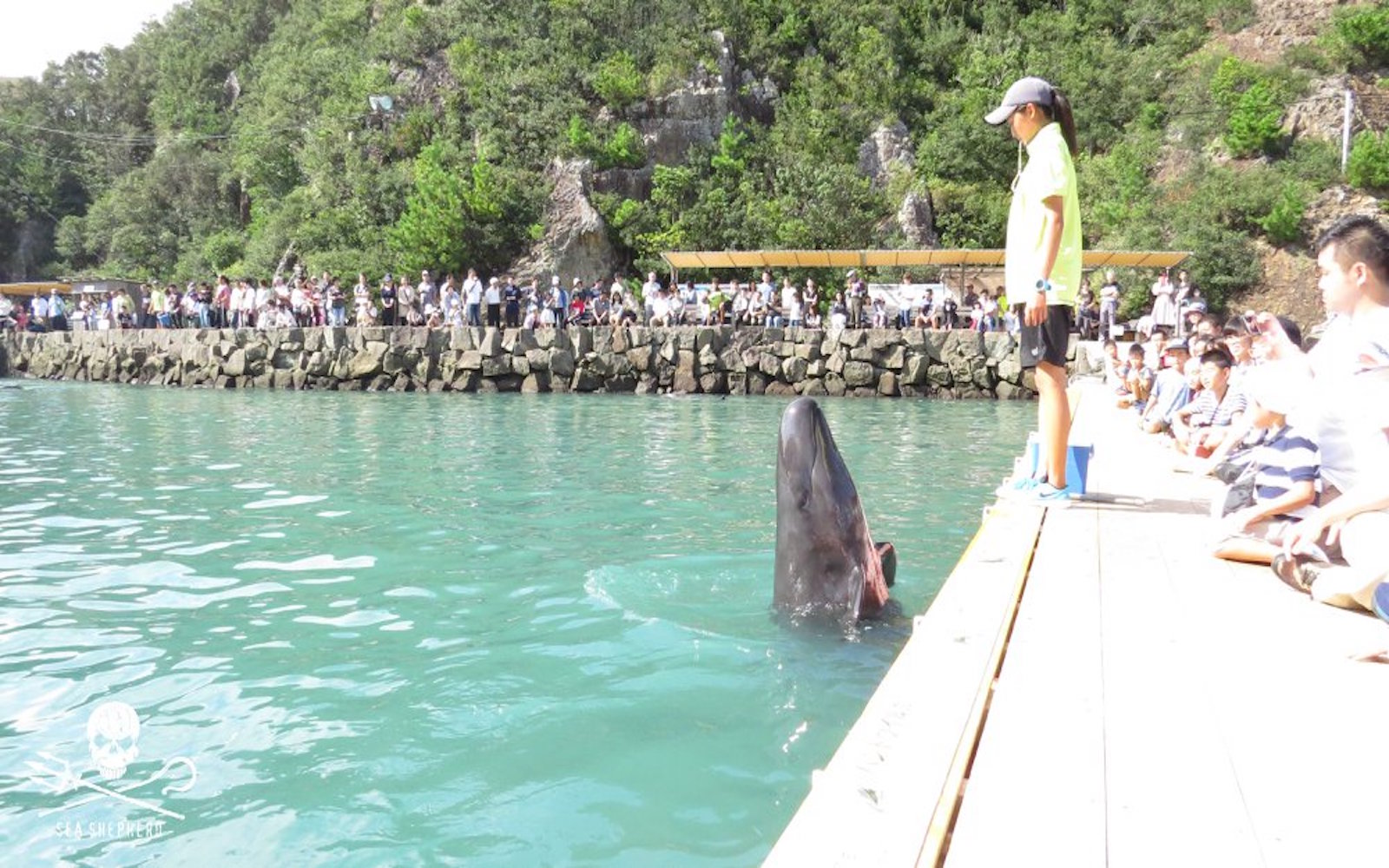 In yet another heartbreaking image, an additional victim of the Taiji Whale Museum’s neglect and exploitation is seen desperately requesting to be fed.

As these images show, the Taiji Whale Museum is arguably one of the cruelest captive marine parks in the world. So what can we do here in the U.S. to help dismantle this horrific establishment and others of its kind that still exist? Here are a few simple yet highly effective steps: