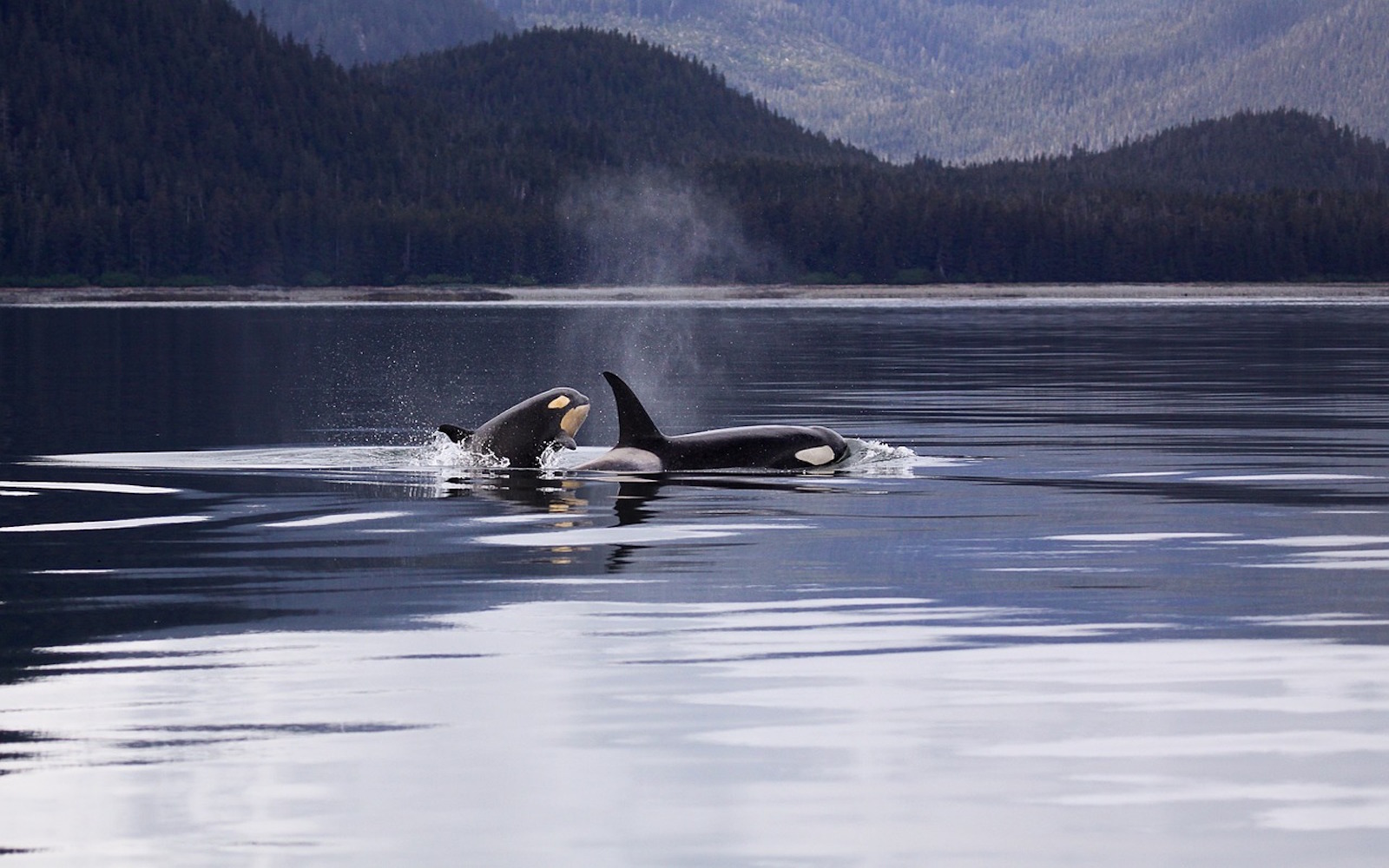 In her research on orca whales (also known as “killer whales” though they are known for being quite the opposite), neurobiologist Lori Marino discovered that the limbic system — a group of structures in the brain which deal with emotions and the formation of memories — of these whales is “so large it erupts into the cortex in the form of an extra paralimbic lobe.” In plain words, this means that these majestic aquatic creatures may just be more emotionally aware than us humans.

In light of the orca’s high capacity for emotion, it shouldn’t come as a surprise that when a mother orca recently lost her just-born calf near Vancouver Island, she has reportedly been carrying the baby for the past seven days. This heartbreaking act of grief was witnessed by researchers from the Center for Whale Research, who were tracking the mother killer whale and her pod at the time of the calf’s death.

As the Center for Whale Research reportedly stated, “The baby’s carcass was sinking and being repeatedly retrieved by the mother, who was supporting it on her forehead and pushing it in choppy seas. The mother continued supporting and pushing the dead baby whale throughout the day until at least sunset.”

The incredibly sad death of this baby orca clearly had profound emotional impacts on the calf’s mother. And unfortunately, this type of occurrence — a killer whale calf dying mere days after birth — is not at all uncommon in the present day.

As far as scientists can tell, Southern Resident killer whales like the mother in this story have not had a successful birth in three years. In fact, over the last two decades, the Center for Whale Research estimates that only 25 percent of the newborn calves have survived.

Ken Balcomb, Founder of the research center, offered some insight into how humans are playing a major role in the plight of these gentle giants. “The cause [of the birth rate] is lack of sufficient food resources in their foraging area,” Balcomb reportedly told CNN. He added, “There’s not enough food, and that’s due to environmental reasons.”

More specifically, humans are rapidly lowering the population of Chinook salmon — the orca’s main food source — by polluting and destroying their oceanic habitats, not to mention harvesting the fish at rapid rates.

In turn, we are causing widespread food scarcity for these whales, thus resulting in an unprecedentedly high rate of miscarriages and making it extremely difficult for the whales to give their surviving young the proper nutrition. With the population growth of this species seriously stunted, only 75 Southern Resident orcas remain in the wild, putting these precious creatures at a high risk of disappearing from the planet for good if we don’t soon take action to protect them.

If you’d like to learn more about what these poor whales are up against and find out how you can help give them a fighting chance for survival, check out these helpful resources: