Global Meat Consumption Declines, but It’s Not All Good News 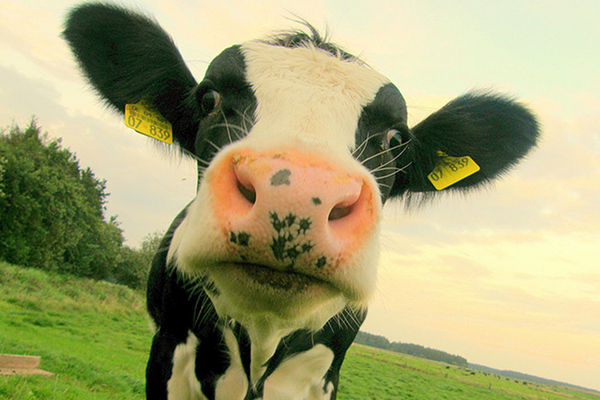 New research from the Worldwide Institute reveals that although meat consumption per person has increased by 15 percent overall since 1995, with 25 percent increase in the developing world, it has shown a slight decrease worldwide in 2011, from from 93.7 pounds or 42.5 kilograms (kg) per person in 2010 to 93.3 pounds (42.3 kg).

The causes for the decline seem to be a combination of high prices for meat products and outbreaks of new and recurring zoonotic diseases in 2011.  According to a 2012 report by the International Livestock Research Institute, zoonoses cause around 2.7 million human deaths each year, and approximately 75 percent of all emerging infectious diseases now originate in animals or animal products. Scary stuff!

Meat Consumption in the Developing World vs. the Industrial World

This is not surprising, as we’ve previously reported that meat consumption in the U.S. was expected to sharply decline in 2012, as USDA forecasts predicted that average Americans will consume 12.2% less meat and poultry in 2012 that they did in 2007. The reasons for the change include growing exports, higher costs and opposition to meat consumption for reasons ranging from the environment to animal rights to social justice.

Reason for animals and the environment to rejoice? Not quite… 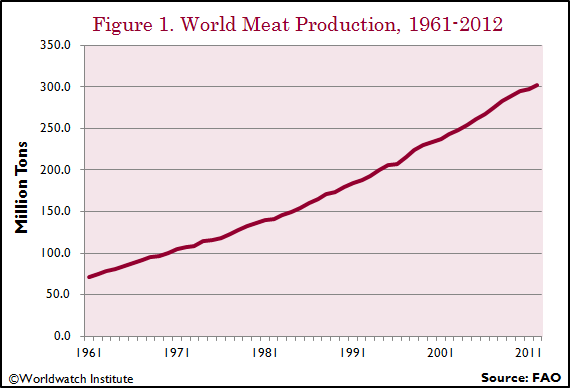 Pork is the Most Popular Meat

Pork was the most popular meat in 2011, accounting for 37 percent of both meat production and consumption, at 109 million tons. Poultry meat came in second, with 101 million tons produced. Pork production decreased 0.8 percent from 2010, while poultry meat production rose 3 percent, making it likely that poultry will become the most-produced meat in the next few years.

Overall, while the U.S. and other developing nations seem to be heading in the right direction, this is all pretty bad news for chickens, pigs, cows, people and the planet.