Help Get Endangered Tiger Cub Who Was Smuggled Into the U.S. Out of the Zoo and Into a Sanctuary! 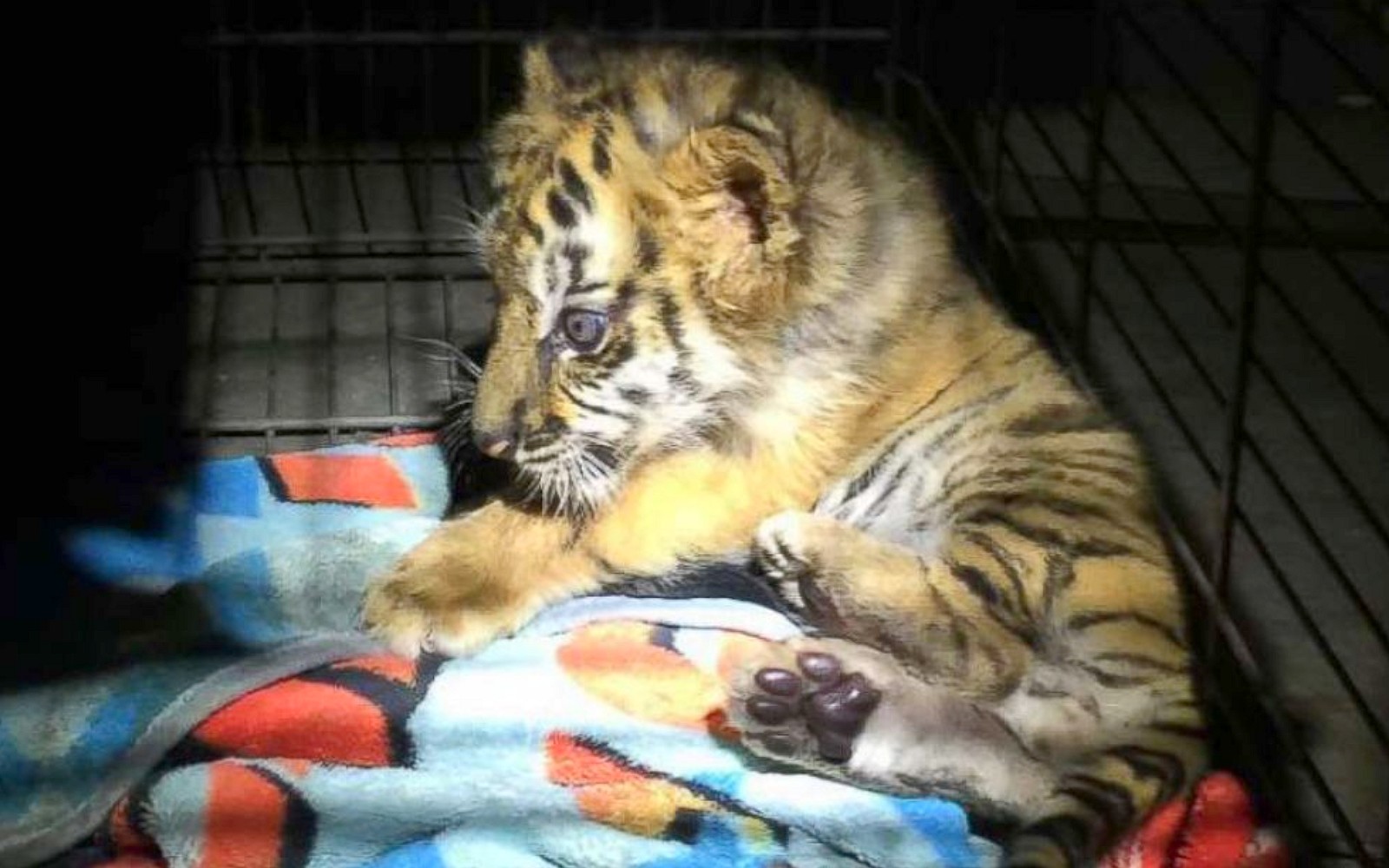 In August 2017, a California man was arrested for smuggling an endangered Bengal tiger cub from Mexico to the U.S. The man was sentenced to prison, but, unfortunately, in a way so was the animal. The baby tiger, five to six weeks old at the time, was transferred to the San Diego Zoo Safari Park.

Although sending the cub to a zoo may seem like a good decision because that’s the only place other exotic wildlife live (outside of their native habitat), life in such a facility is in no way a happy ending for the little tiger. In reality, most zoos do not provide the animals kept in them with the space and the conditions that wild animals simply require to lead normal healthy lives.

Even if they maintain the illusion of high-welfare standards, zoos are generally profit-oriented and geared towards providing entertainment to their human visitors – and have nothing to do with conservation. In this, they are diametrically different from animal sanctuaries, which are actually designed to prioritize animals that for many reasons cannot live in their natural habitat.

Many animals kept in captivity come to suffer from zoochosis – a condition stemming from the stress of confinement and causing animals to behave in highly unusual ways that include anxious ticks (pacing, rocking, nodding of the head, and so on), vomiting, excessive grooming, bar biting, and even self-mutilation.

Tigers often suffer from zoochosis due to the severe limitation and/or alteration of their natural habits once they are enclosed in captivity. In their natural habitat in the wild, tigers roam across large territories, climb trees, run, swim, and, of course, have little to no contact with humans. The position of a tiger kept in a zoo could not be any more different from that life and it is anywhere from frustrating to extremely traumatizing for the animals.

The rescued tiger cub should be allowed to have a life as close to what he would experience in the wild as possible – and the best way to ensure that is to place the animal in a good sanctuary. Click here to sign a petition to San Diego Zoo Safari Park to choose the right thing for the baby tiger and send him to a sanctuary!