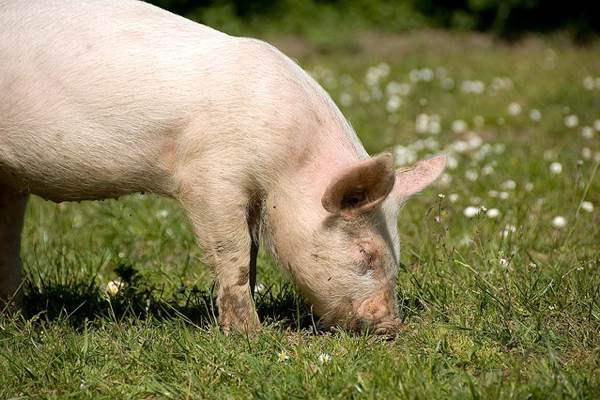 A Canadian project to create genetically-modified pigs whose waste is less harmful to the environment has had its funding cut.

The “Enviropigs” project began in 1999 with the aim of developing animals that digest plant phosphorus more efficiently. Phosphorus is the major nutrient enabling algal growth, and is thus the leading cause of fish kills resulting from anoxic conditions and reduced water quality.

Ontario Pork, the association of farmers who sponsored the project, noted: “We think we took the genetic research as far as it could possibly go. It’s probably best for industry to take it forward.”

However, because no genetically engineered animals have yet been approved for use in the food supply in the United States or Canada, the research team was unable to find a food company willing to back the project and make it profitable. Unless the university finds another funding source, the research team plans to euthanize the animals and place their genetic material in cold storage. There are currently 16 animals in the herd.

Wired.com reports that despite its environmental focus, the project has historically lacked public acceptance, raising concerns about the long-term health effects of raising genetically-modified animals.

Some Canadian farmers, environmentalists, and scientists also welcomed the project’s setback. A member of the National Farmers Union was quoted: “The GM pig was going to drive consumers away from eating pork if it was ever approved for market. This GM pig fiasco could have permanently damaged (Canada’s) domestic and international pork markets.”

But Lucy Sharratt, co-ordinator of the Canadian Biotechnology Action Network may have summed it up best, noting: “Our government should reserve the talents of our scientific evaluators for useful and socially-desirable technologies.”