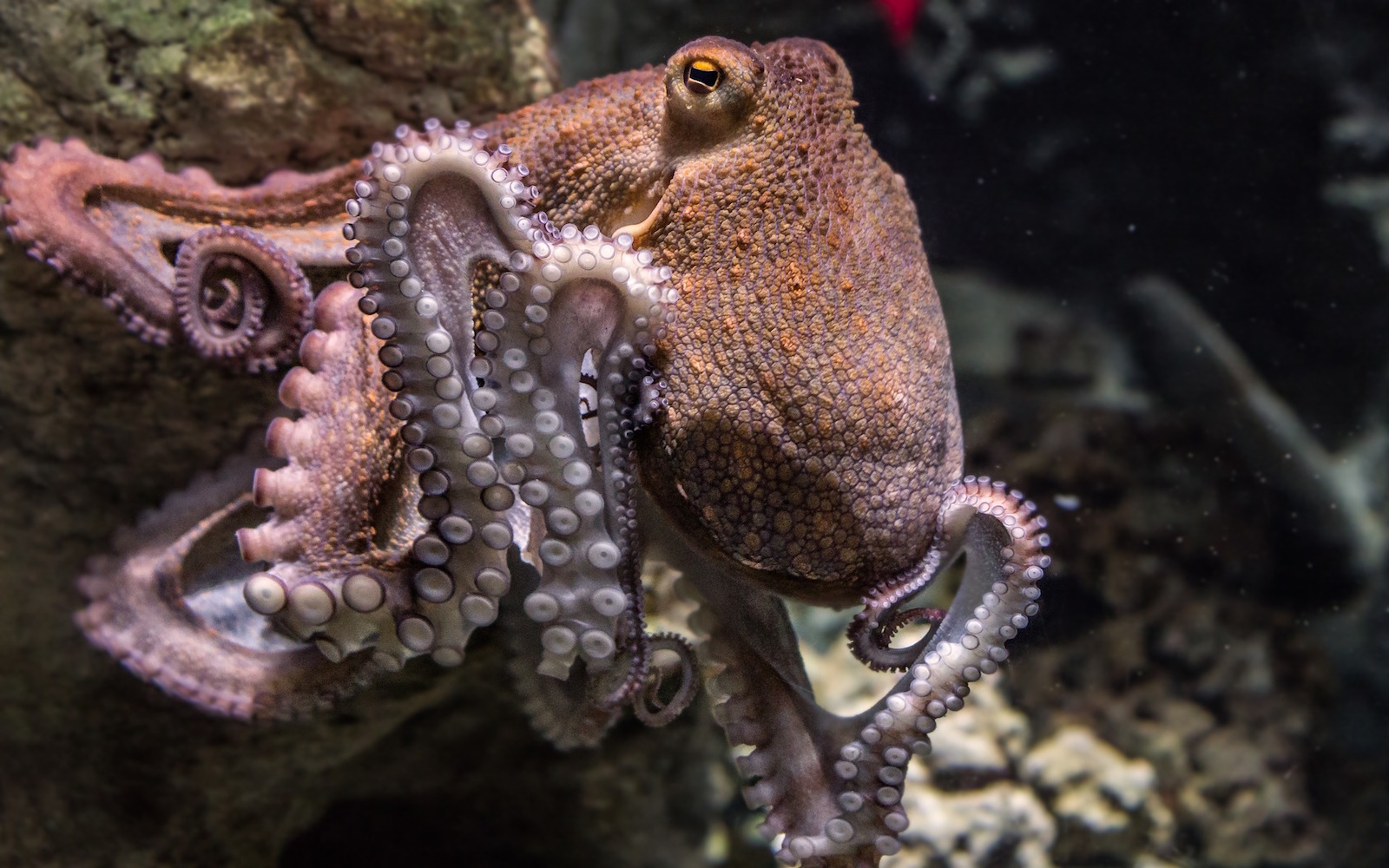 When a 70-pound octopus was recently caught in a crab trap by a California fisherman, things looked bleak for the animal. Surely, this great catch would be sold to a local restaurant or fishmonger, and he would ultimately end up on someone’s dinner plate.

Or would he? When Giovanni DeGarimore, owner of Giovanni’s Fish Market in San Luis Obispo, bought the octopus, this giant sea creature got the second chance that most ocean-dwelling critters never do after being caught. Rather than selling it as an expensive delicacy, DeGarimore decided to release the octopus back into the wild where it belongs!

DeGarimore told the San Luis Obispo Tribune that he paid “a couple hundred dollars” for the octopus, whom he named Fred before setting the animal free into the Pacific Ocean.

So what made DeGarimore decide to let the creature go rather than turning it into a meal? According to him, he recently had an up-close experience with an octopus while scuba diving in the waters near Fiji. “Essentially, we played a game of hide and seek for 15 minutes under the ocean,” DeGarimore said of the life-changing encounter which led him to stop eating octopus and selling it at his market. In addition, reading recent studies which prove the remarkable intelligence of these gentle creatures also factored into DeGarimore’s decision to stop supporting the sale of any octopus products. “It’ll hit me in the pocket, but I’d rather stand for something,” DeGarimore reportedly said.

DeGarimore wasn’t the first in his family to stand up for the rights of these amazing sea creatures. In 2010, his cousin, Robin Walker, bought a live octopus from a sushi restaurant in San Luis Obispo and freed it back into the ocean. “She was kind of my inspiration,” DeGarimore reportedly explained.

When Giovanni’s Fish Market made a Facebook post about Fred’s release back into the ocean, the story received an overwhelmingly positive response from individuals in the local area and across the nation.

This heartwarming story just goes to show how one person’s actions can make a huge difference. Not only did DeGarimore make sure Fred got back home where he belongs, but he also raised awareness about why these magnificent mollusks should be friends, not food. We certainly hope that this compassionate man will learn to expand his view of octopi to include all of the other fish and sea creatures he sells in his market.

To help pass the message along, be sure to share this story with your network!