Woohoo! First Known Albino Slow Loris Released Back to His Natural Habitat After Being Kept as a Pet 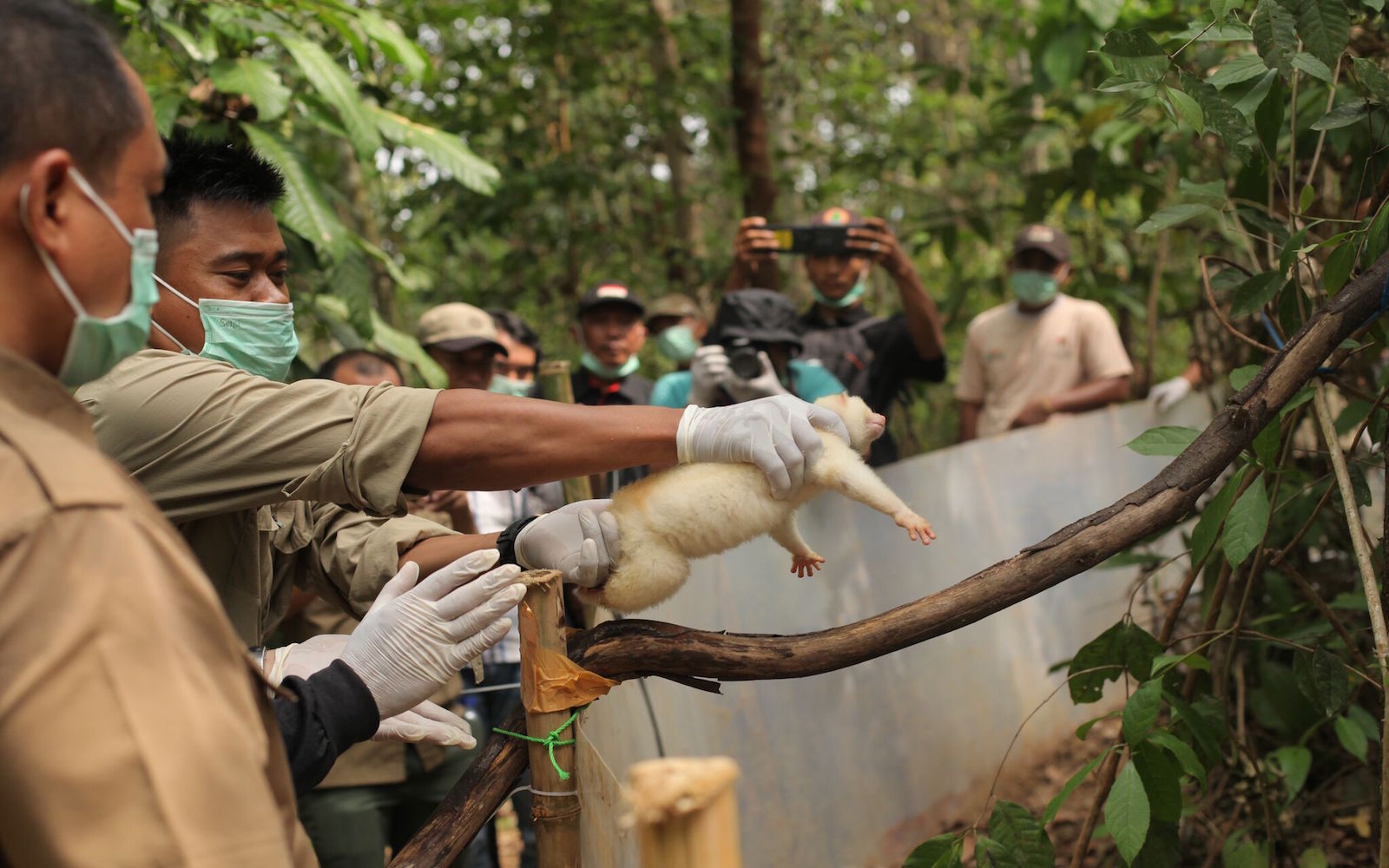 Slow lorises are members of a critically endangered species of primates and are unfortunately among the many animals targeted by wildlife traffickers in Indonesia. These animals are often stolen from the rainforests where they live and brought into people’s homes as pets, a practice which completely disrupts the animals’ natural nocturnal behavior.

So when the Conservation of Natural Resources Department (BKSDA) and International Animal Rescue (IAR) got news that an extremely rare albino Sumatran slow loris was being kept as a pet on the Indonesian island of Sumatra, they immediately began planning a rescue effort.

On August 31, 2018, the wildlife conservation groups successfully retrieved the slow loris from the property where he was being kept as a pet and transported him to a wildlife rehabilitation facility to receive specialized medical treatment.

Since the rescue, the team has been observing the slow loris to track his health status and innate behaviors such as feeding. After monitoring the unique animal for nearly two months, the experts recently determined that he was ready to be released back into his natural habitat.

However, as Head of Lampung Region III Conservation Section BKSDA Teguh Ismail explained in a press release, the slow loris was not immediately released directly into the wild. First, he underwent a few weeks of supervised habituation, allowing him to adapt to his new environment and readjust to his natural food. 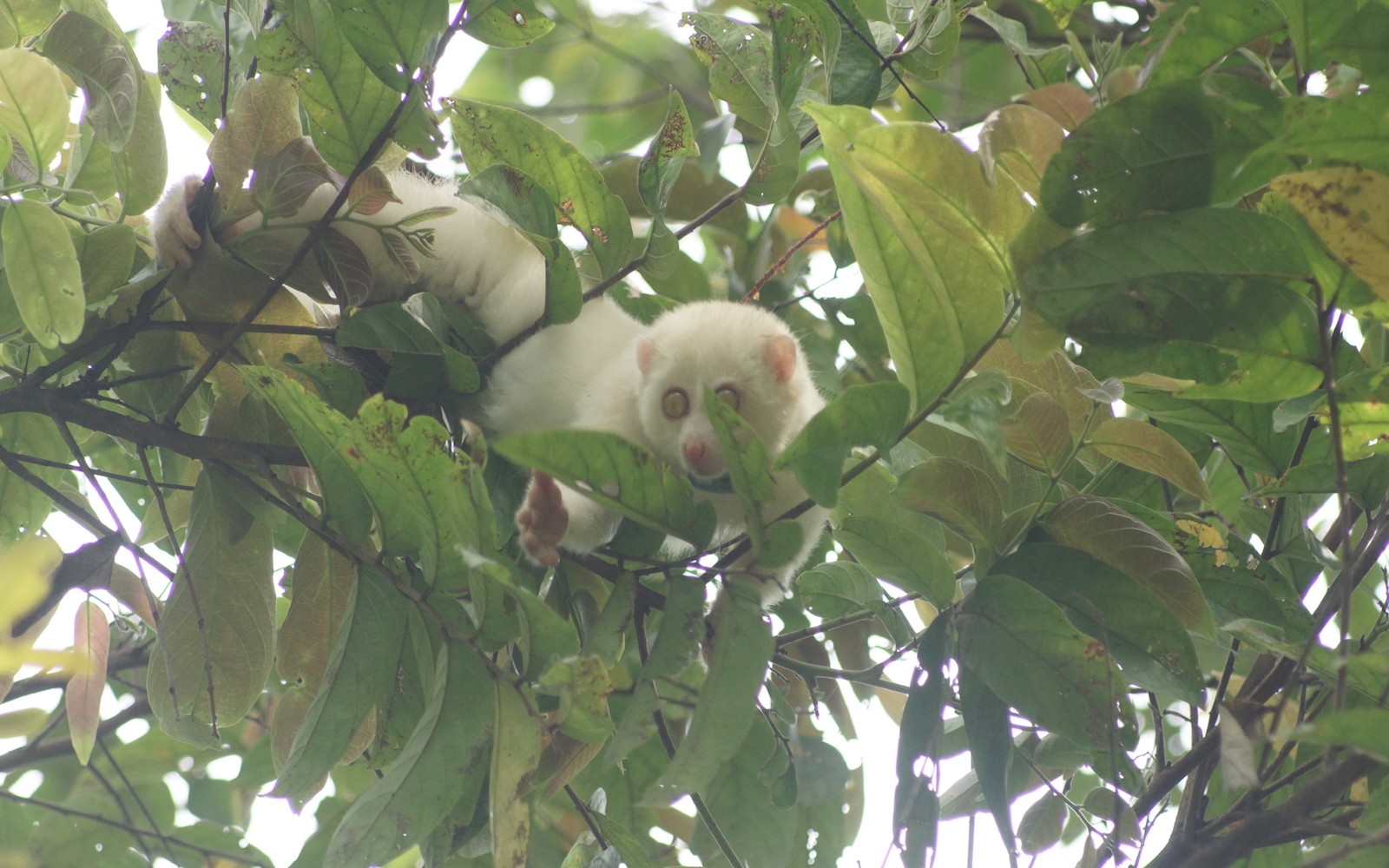 In order to enable monitoring, the slow loris was fitted with a radio collar that allows the team to track his location, confirm that he is adapting well, and ensure that the rare animal is not the victim of any future illegal wildlife trafficking schemes. 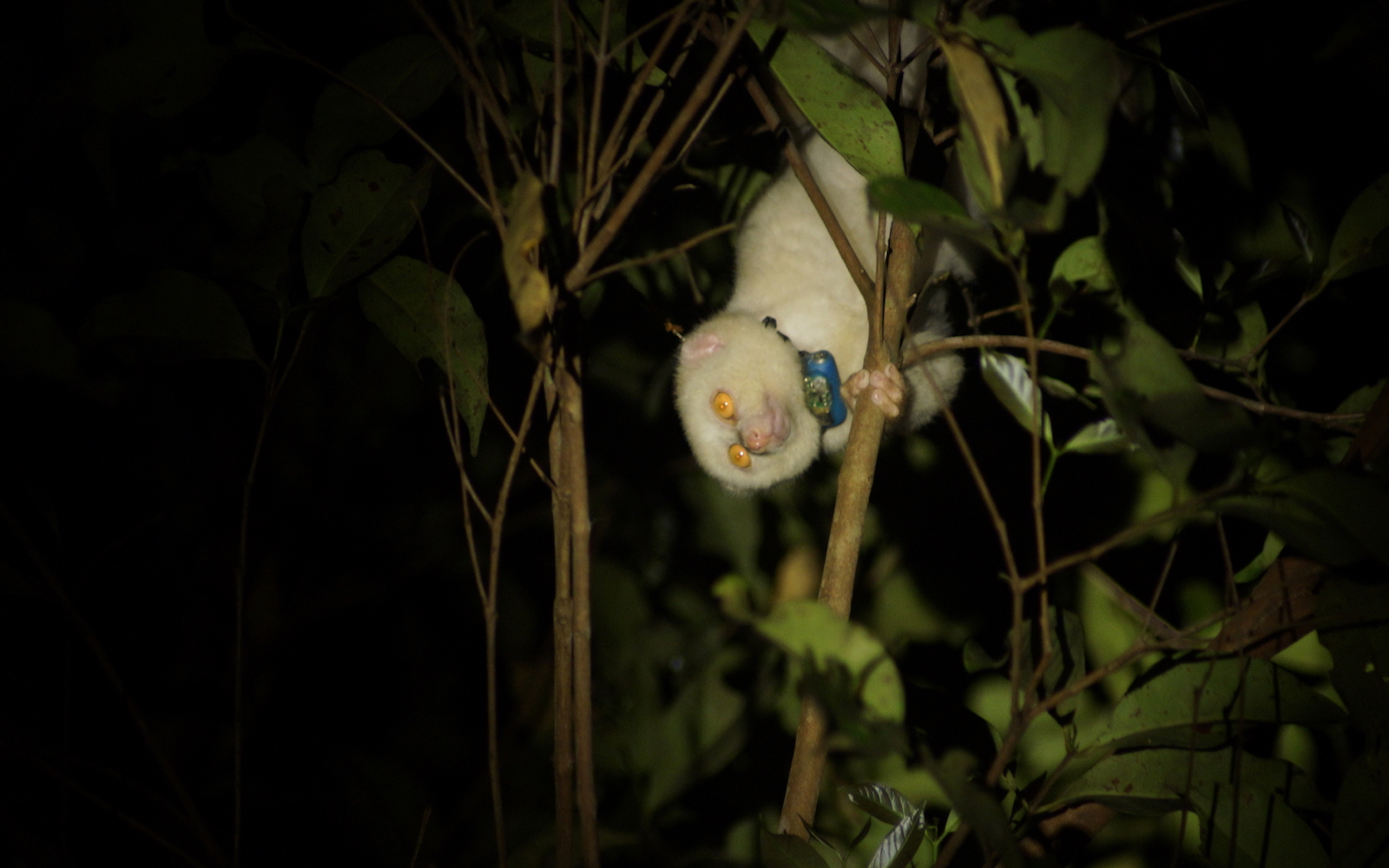 Since being released into Bukit Barisan Selatan National Park (TNBBS) on October 8th, the albino slow loris seems to be thriving in his new tropical rainforest habitat, which boasts 320,000 hectares of land and is designated as a natural conservation area.

As Karmele Llano Sanchez, program director of IAR Indonesia, reportedly described the animal rehabilitation victory, “This is the first known albino loris in the world and therefore extremely rare. If it wasn’t for the incredible work of the authorities to combat illegal wildlife trade, this loris could easily have died in the hands of wildlife traffickers. Thankfully, we are able to give this animal another chance to live and thrive in the wild where it belongs.”

Elaborating on the importance of this event, Tough Ismail stated, “Although this albino slow loris is extremely rare, it is still entitled to live freely in its natural habitat like other wildlife. The reintroduction of slow lorises into the wild can also provide benefits and carry out ecological functions in their natural habitat by controlling insects and pollinating plants.”

Clearly, slow lorises belong in the wild, not in our homes, and we’re so glad that selfless volunteers have dedicated themselves to protecting these precious animals! If you’d like to help IAR continue its animal-saving work, please consider making a donation to this awesome organization here. Plus, don’t forget to spread the word that keeping slow lorises and other exotic animals as pets is cruel and unnatural, not cute!