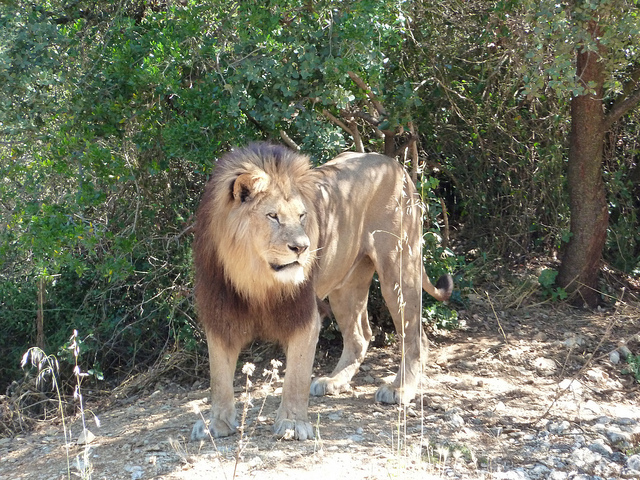 Dozens of wild animals, including bears, lions and wolves escaped from a wild-animal preserve after their owner opened their cages at his Ohio farm and then committed suicide. "> Escaped Wild Animals Killed, When They Could Have Been Captured - One Green Planet
Food Monster App Tiny Rescue Shop Newsletter Support Us Cookbooks Petitions

Escaped Wild Animals Killed, When They Could Have Been Captured

Dozens of wild animals, including bears, lions and wolves escaped from a wild-animal preserve after their owner opened their cages at his Ohio farm and then committed suicide.

Authorities shut down schools and warned residents to stay indoors as orders were issued to shoot and kill the animals.

The local sheriff, Matt Lutz of Muskingum County told the New York Times that authorities had killed 43 or 44 animals of roughly 50 believed to be on the loose.

It’s unfortunate that authorities did not choose to use tranquilizers to capture the animals, instead of taking the reckless and heartless decision to gun them down.

Update (via Gawker) (October 19, 9:30pm EST): In all, 49 of the 56 animals (including bears, lions, wolves, monkeys and 18 rare Bengal tigers) were killed, the majority of them wandering not further than a few hundred feet from their pens. Six more — three leopards, a grizzly bear and two monkeys — were shot with tranquilizer darts and sent to the Columbus Zoo, where they are currently in quarantine.