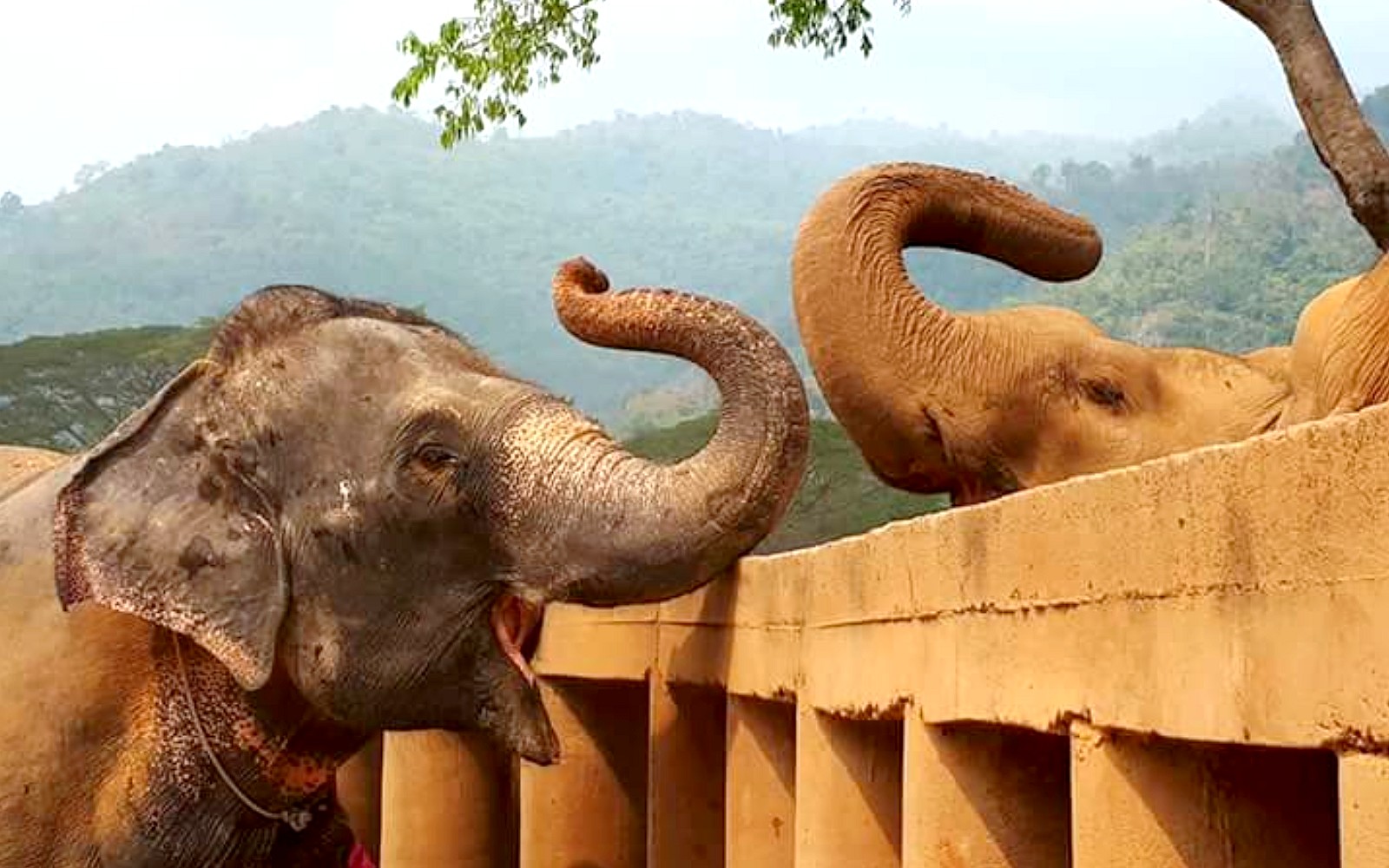 As the Elephant Nature Park team explains, it usually takes a while for any rescued elephant to adjust to their new home. Once they begin to settle in and forget the pain of their former lives, they get to meet the rest of the rescued herd. For Ploy Tong, things went very differently. The beautiful elephant was rescued from the trekking industry after she was made to carry tourists on her back from dawn to dusk. She had a very long journey to the sanctuary, but when she arrived, a whole new world opened to Ploy Tong – and a very warm welcome was already awaiting her!

After arriving at the park, Ploy Tong surprised everyone. “Since the moment that she set her feet in the park, she began to send her low vibrations out, letting everyone know of her arrival, and later she rumbled and trumpeted calling out for a friend,” the team writes. 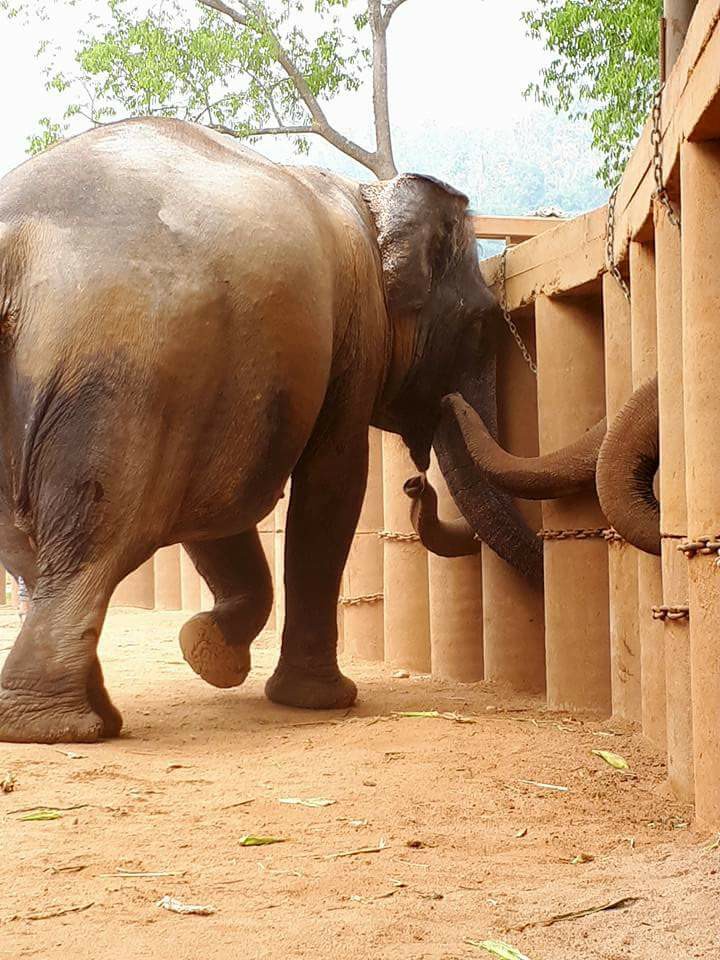 Rescuers believe that this special elephant sought out a friend right away because, being blind, she wanted to “thrive and not just survive.” Her calls were quickly answered … 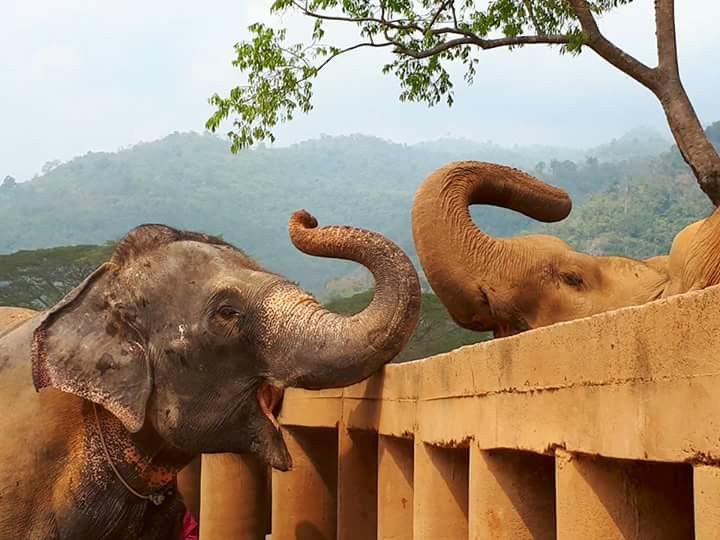 Ploy Tong was greeted and welcomed into her new home by the family of Faa Mai. The herd came to visit their new friend and talk to her, but Faa Mai herself lingered after the others left. “She carried on to talk and it would seem that Ploy Tong has found her friend,” the carers say.

How sweet is this happy ending!? Rescuers hope she will be able to join Faa Mai’s big herd and the elephants will accept her fully and keep their eyes on her. All in all, it would be hard to imagine a better first day home for the sweet Ploy Tong!