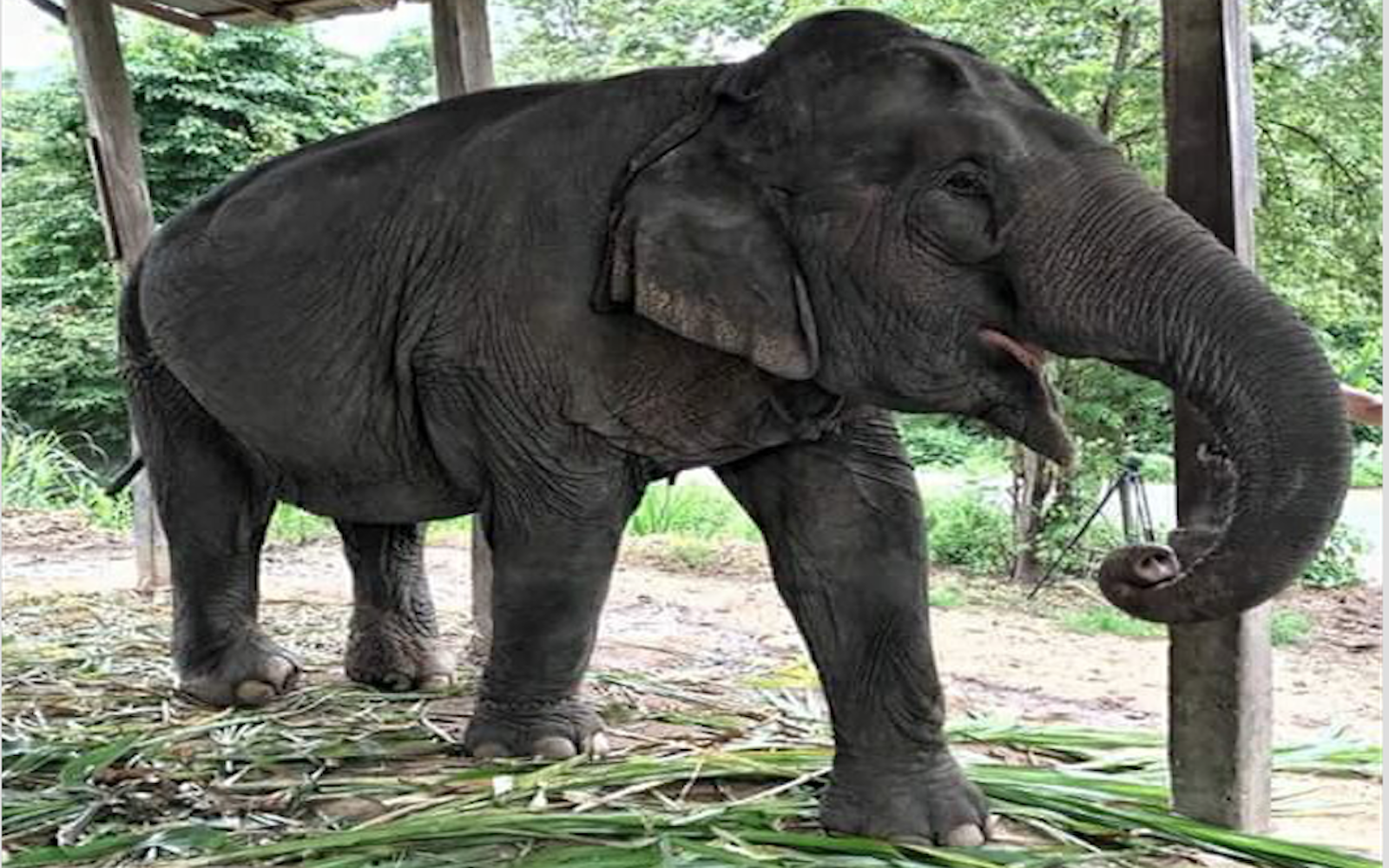 To say that Kanjana the elephant has had a rough life would be putting it lightly. Born into captivity in a logging camp, this sweet elephant was exploited from day one. After pulling logs for hours on end, baby Kanjana and her mother were allowed to walk in the jungle and catch a short glimpse of what it would be like to live as nature intended for them to. But all the while, the mother elephant was still attached to a chain, preventing her and Kanjana from ever truly being free.

One night during a walk, the young Kanjana fell into a hole that was filled with hot coals leftover from a recent forest fire. Witnesses who saw the horrible scene say that her mother tried to help her as she struggled to free herself. She eventually did, but not without lasting injuries; both of Kanjana’s back legs were severely burned, and her right ankle was broken. Even in this condition, she was still forced to continue pulling logs for the next 20 years of her life. 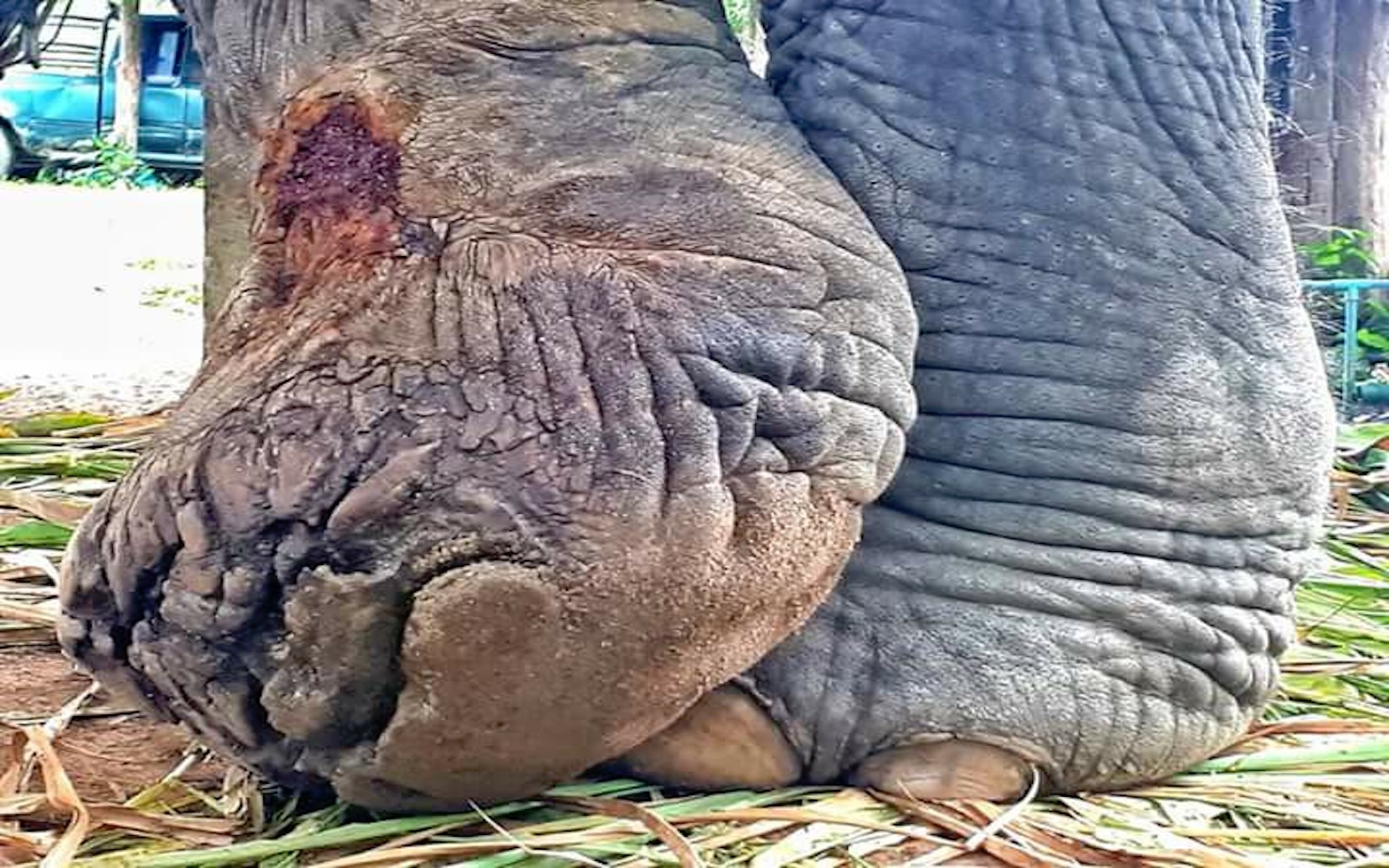 As if she hadn’t suffered enough, Kanjana was then sold to yet another person who treated her like an object instead of a living creature. Once the handicapped elephant was no longer of use at the logging camp, she worked for another two decades giving rides to tourists. 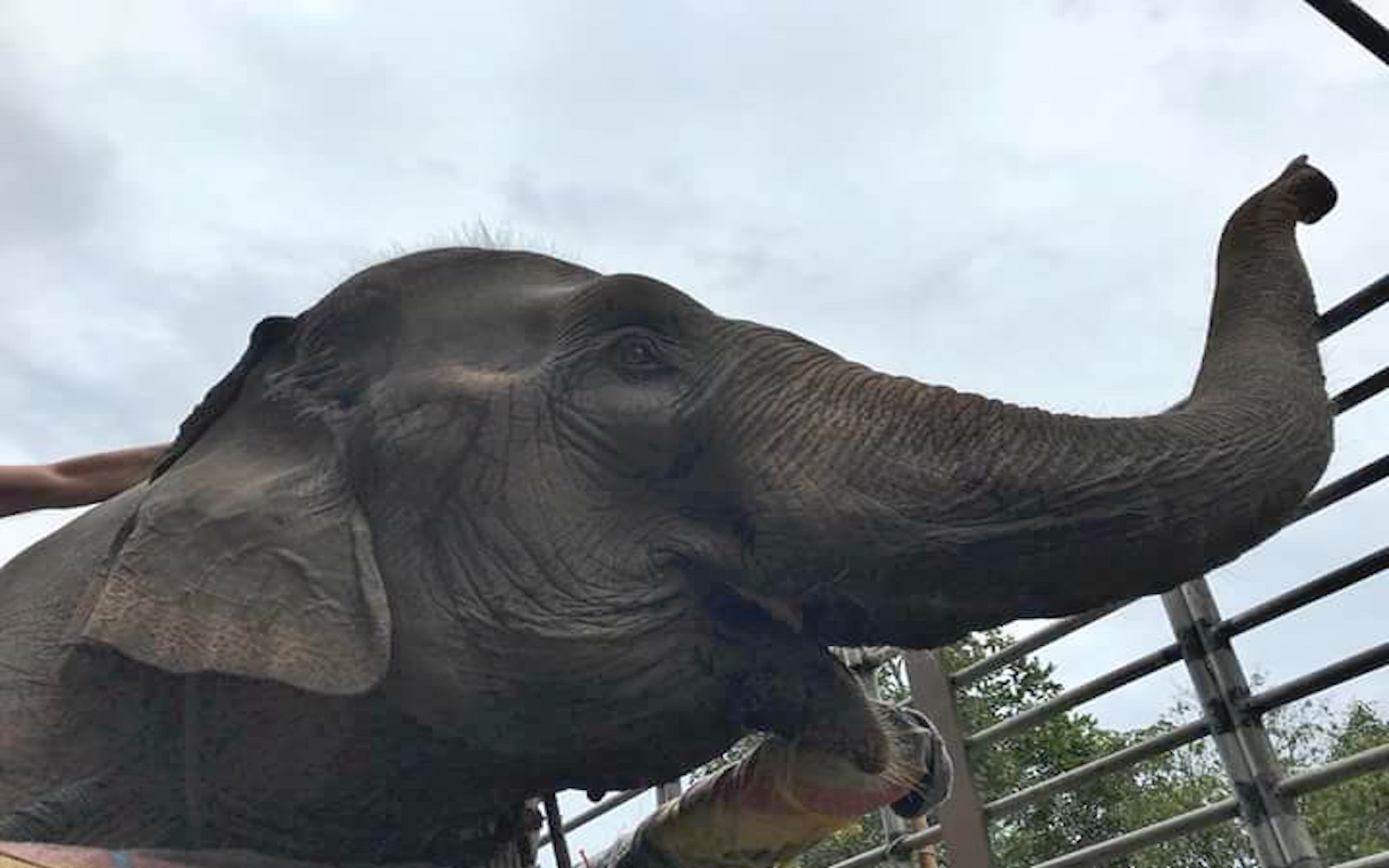 Recently, Kanjana was set to be sold again. But luckily, when volunteers from Elephant Nature Park heard that Kanjana’s owner planned to sell her to work in yet another camp, they immediately stepped in. The team had been desperately trying to get her released for years with no success, but this time, they were finally able to negotiate and secure her freedom!

Now, Kanjana spends her time roaming around the sanctuary as she pleases. Her days of carrying tourists and pulling heavy objects are finally over, and she can relax at last.

We’re so happy that Kanjana got the happy ending she so deserves! Still, there are many other abused and exploited elephants out there who haven’t yet gotten a new lease on life. To find out how you can help these in-need animals, check out this awesome resource!