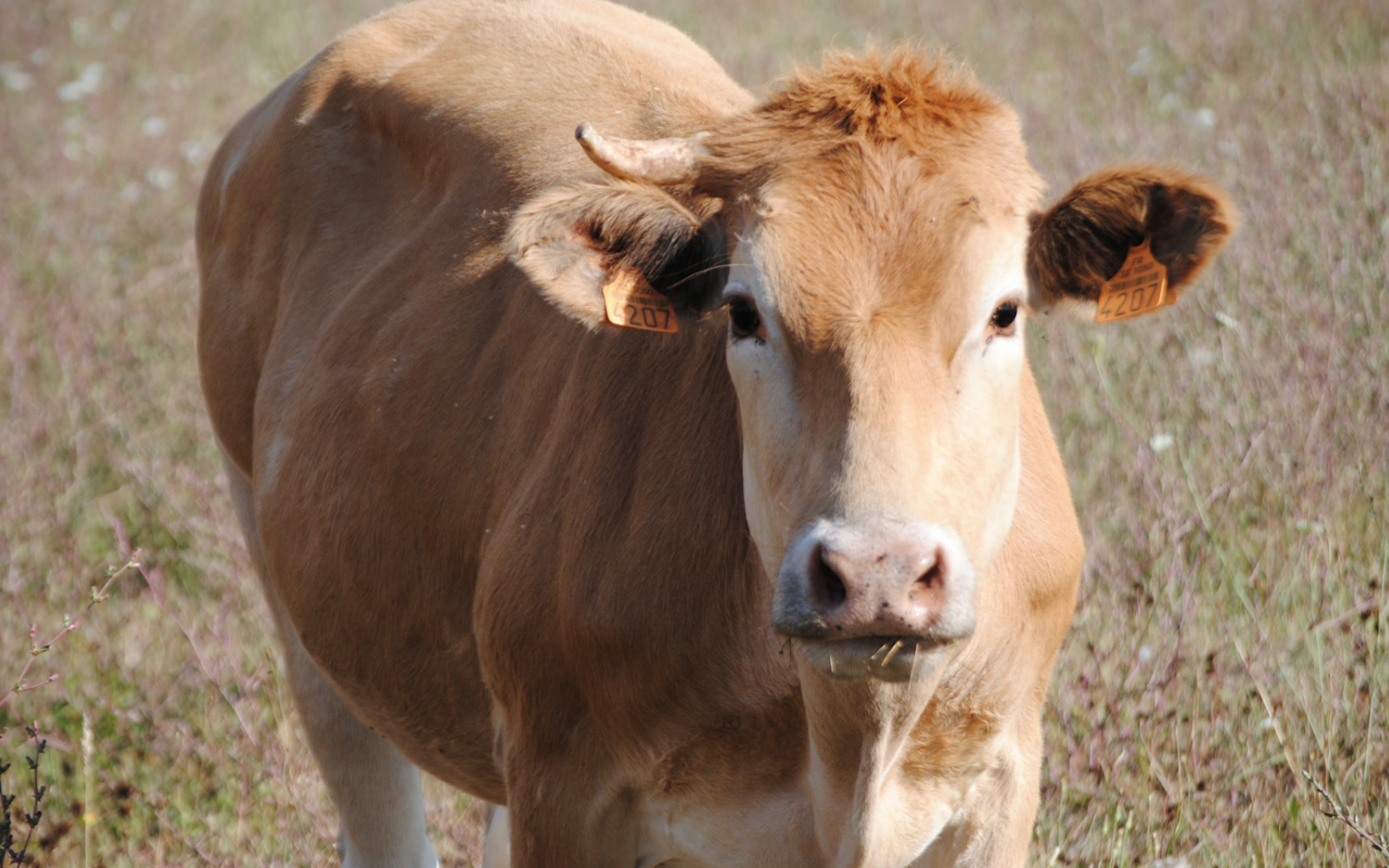 Over the years, many people have started to wake up to the environmental consequences of eating beef. But, instead of reducing or eliminating beef altogether, people are opting for grass-fed beef, hoping this “sustainably raised” meat will have a lower environmental impact. Proponents of grass-fed beef posit that having cows out in green pastures actually helps the environment by naturally mitigating greenhouse gases. It’s proposed that carefully managed grazing lands can sequester carbon in the soil, reducing the amount that’s released into the atmosphere.

And not only do supporters of grass-fed beef see it as a more environmentally friendly, they see it as a humane alternative to factory farming. They point to the resources saved by not producing and transporting grain as feed, lower fossil fuel use, lower pesticide and antibiotic use, less pollution, and less suffering for animals (while the cows are being raised). But unfortunately, there is no evidence that grass-fed beef is better for the environment, and now we have yet another study to prove it.

Tara Garnett, a food systems analyst and the founder of the Food Climate Research Network (FCRN), wondered if grass-fed beef really was all that better for the environment and decided to conduct a study. In 300 academic peer-reviewed research papers, Tara and her co-researchers conclude that – surprise, surprise – the carbon that is sequestered by raising grass-fed cattle does NOT balance out the methane released. Methane is a potent greenhouse gas that has a global warming factor far higher than carbon dioxide and traps 100 times more heat in the atmosphere than carbon dioxide within a five year period. Cows release methane in the form of their gas (plainly, burps and farts). Grass-fed cows produce 40 to 60 percent more methane gas than grain-fed ones and also use more water and land over their lifetimes.

“It has been interpreted as though we’re claiming intensive production,” basically, the landless feedlot systems decried by animal welfare groups, “‘is preferable’ to grass-fed. All we’re saying is that grass-fed doesn’t constitute a ‘get out of jail free’ card,” Garnett states about the research. Garnett included that eating less meat is truly the solution.

While there are still discussions on how to incorporate grass-fed beef as a way to reduce the climate impact of our food choices, the bottom lone is grass-fed beef is pseudo-sustainability. Climate scientists are continually demonstrating the connections between raising livestock and global warming. A report published by the World Watch Institute in 2009 revealed that greenhouse gases produced by livestock comprise 51 percent of global greenhouse gas emissions. And even if people choose to ignore that it’s just as bad for the environment as grain-fed, they reality is grass-fed beef is produced too inefficiently to feed the world given the amount of meat the developing world consumes.

Not to mention, an additional consequence of raising free-range, grazing animals is the significant loss of wildlife and native species, which are often culled or “rounded up” in order to protect livestock interests. And while to some, grass-fed has become synonymous with humane, in reality, the grass-fed label itself offers no guarantee of humane treatment. While open-grazing animals will avoid some of the horrors of factory farming, particularly those associated with confinement, they are still subject to some degree of inhumane treatment.

Ready to make a real difference? The single greenest action you can take is to alter your diet. Shifting to a largely plant-based diet is the most powerful way to reverse climate change and begin healing the planet. You can start eating for the planet by doing nothing more than choosing a delicious plant-based meal over one laden with animal products. If you look at it from a personal perspective, you can cut your own carbon footprint in half just by leaving meat off your plate for one year. (Plus save a lot of water, redirect grain for people to eat, and help protect endangered species…)