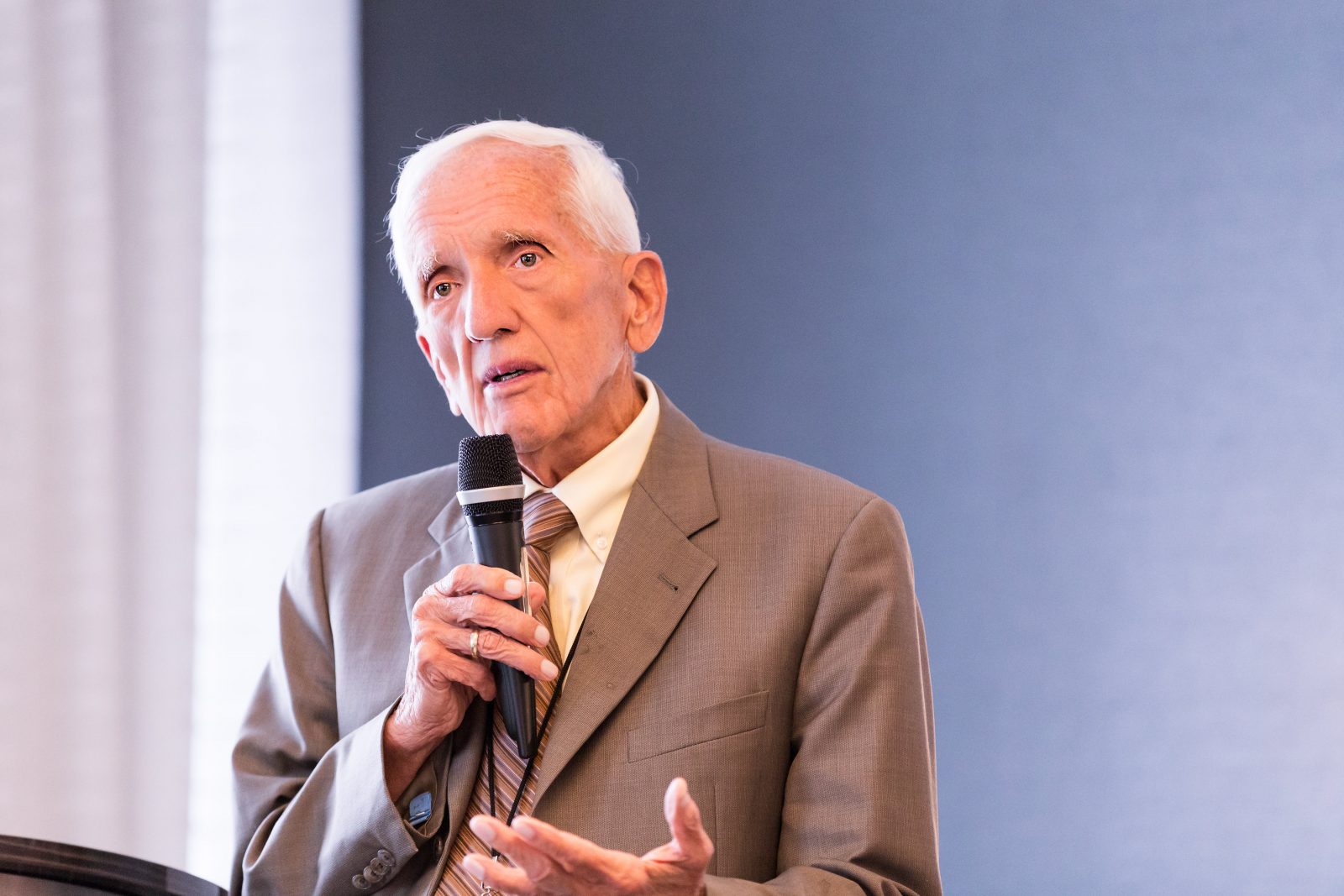 Dr. T. Colin Campbell, the author of the groundbreaking, China Study, has long discussed the connection between diet and cancer. The Cornell University Professor Emeritus in Nutritional Biochemistry has spent the last 50 years researching the correlation between diet and cancer, dedicating his life to showing people how cancer prevention begins with what we put on our plates, and what we don’t.

Campbell hasn’t backed down on his long-held beliefs and in a series of six peer-reviewed articles, all available on PubMed, he has declared that “The war on cancer has failed.” Campbell points to landmark studies such as Cancer and Diet, published in 1937 by the American Cancer Society‘s founder, Fredrick Hoffman, that concludes the leading cause of disease in modern societies was “too heavy intake of protein and a corresponding excess in sugar.”

In 1968, Campbell detailed a studied that was the first widely accepted study to be published regarding the intake of animal protein and increased cancer risk. The unique part of the study was that an increase in plant-based proteins intake showed no increase in tumor growth rate, evidence that animal protein contributes to cancer and plant-based proteins do not. He concluded that increased protein consumption is like flipping the cancer switch on while eating minimal amounts turns the switch back off.

“The link between nutrition and cancer is not new, just ignored for a very long time. It is well past time that we go back to the basics in understanding this disease, both its causation and its treatment,” said Campbell.

According to Physician’s Committee for Responsible Medicine (PCRM), drinking just two glasses of milk a day increased cancer risks to 60 percent, and eating 35 grams of dairy protein increased cancer risks by up to 32 percent. Meat consumption was linked to a 28 percent increase, and the average Western diet (rich in processed and fast foods) increased risks by 200 percent. With meat and dairy being specifically been linked to increased cancer risks, giving up animal products is one of the best things a person can do to decrease their risks of developing cancer or experiencing cancer cell growth.

Dr. Campbell and to PCRM both point to eating a diet that includes a serving of legumes, greens, vegetables, and grains at each meal, noting that it will provide plenty of protein, along with wholesome, plant-based nutrients to fight cancer. Exercise and a heart-healthy diet are also very important to prevent obesity that can often accompany cancer (along with diabetes and heart disease).

In his quest to show the power of a plant-based diet in fighting cancer, Dr. Campbell funded the nonprofit organization, T. Colin Campbell Center for Nutrition Studies, based in Ithaca, NY at Cornell University, which provides a comprehensive education for individuals interested in plant-based nutrition. Campbell’s finding on the connection between one’s health and diet were also featured in the 2015 documentary film PlantPure Nation (which is now available for streaming on Netflix).

Importantly, Campbell isn’t tackling this issue just by focusing on research. Alongside his son, Nelson, the Founder and President of vegan brand PlantPure, T. Colin Campbell is helping show how it’s easier than ever to switch to a plant-based diet. PlantPure just recently launched their Healing America campaign, with a goal to drive a nationwide grassroots movement to help bring the many benefits of plant-based nutrition into the mainstream. For more information on this exciting campaign, check out the Healing America website and their crowdfunding campaign.

Thanks to leaders such as Colin T. Campbell who are resolute in sharing the truth about the connection between diet and cancer, we are finally starting to see progress with more and more people turning towards a plant-based diet. Be sure to share this article within your network to help get the word out!

Want to learn more about plant-based protein and health? Check out this episode of #EatForThePlanet with Nil Zacharias featuring Kathy Freston, author of Clean Protein: