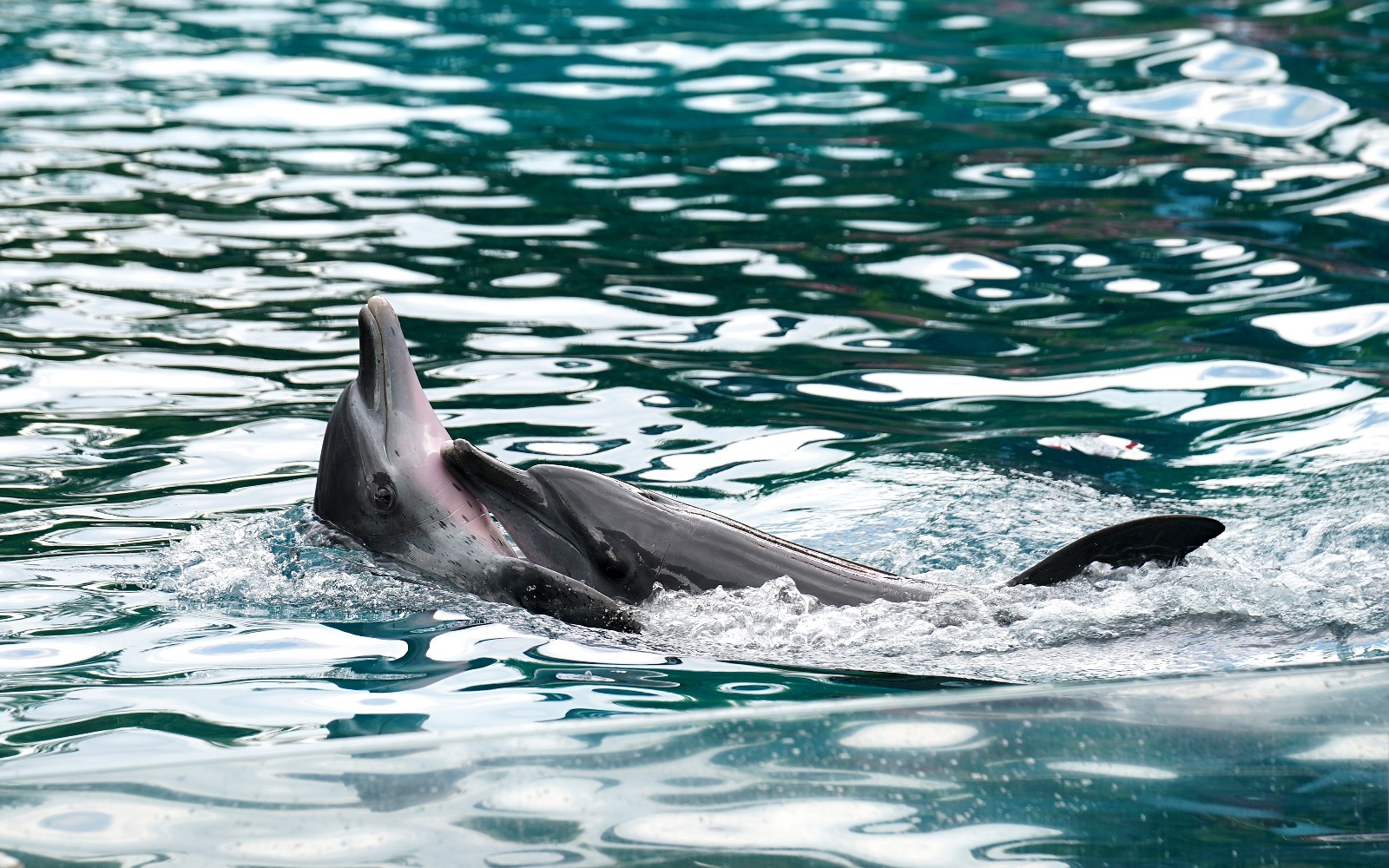 Never let it be said that members of the animal kingdom aren’t resourceful.

Scientists monitoring the presence of dolphins in the waters around northern Cyprus have found that dolphins have started breaking into fishing nets to get their share of the fish. Due to overfishing in the area resulting in a vast reduction in the amount of fish available for animals to feed on, dolphins have had to become creative about getting their meals.

Researchers found that dolphins were tearing into fishermen’s nets, and nets were six times more likely to be damaged in the vicinity of dolphins. Dr. Robin Snape, an ecologist at the University of Exeter, who led the study, said, “It seems that some dolphins may be actively seeking nets as a way to get food. Effective management of fish stocks is urgently needed to address the overexploitation that is causing this vicious cycle.”

Fishermen working in the area are, obviously, furious. But since their practices are causing overfishing and taking away a natural food source for the dolphins, they have to take a good portion of the blame themselves or else seem pretty stupid shaking indignant fists at the water for dolphins doing what comes naturally. Essentially, they are stealing fishermen’s hauls with a tail flip and a so long, and thanks for all the fish.

Researchers investigating this man versus dolphin spectacle off the Cyprus coast even trialed the installation of “pingers,” sound-emitting devices hoped to deter the dolphins from coming near the nets. The ever-resourceful dolphins have adapted to this, using the pinger sound as a dinner bell announcing their next meal.

Dolphins are highly intelligent, carnivorous mammals that live in the shallow seas around continental shelves. They are competitive by nature, targeting their prey of fish and squid; it seems hilarious that these fishermen would be unaware of that!

A fall in fish stocks means lower catches and leads to fishermen casting wider nets. This is part of a vicious cycle inviting even more dolphins fighting for their rights for food. We already know the dangers fishing nets pose to our oceans with commercial fishing capturing untargeted animals and ultimately causing their death. So, we like to think of these dolphins, who are one of the species at risk of such entanglement, fighting for a little corner of their seas and oceans back.

This might seem an amusing side effect of the impact of overfishing, but the Food and Agricultural Organization (FAO) suggested in 2012 that global fish stocks could be set to collapse by as early as 2050. Considering humans are responsible for this devastation, we can all do our bit to help. By leaving fish and seafood off the menu, we could save 225 fish and 151 shellfish a year per person. The less demand there is for seafood, the less need there will be for overfishing!

To learn more about how our consumption habits impact the world’s species, check out the #EatForThePlanet book!