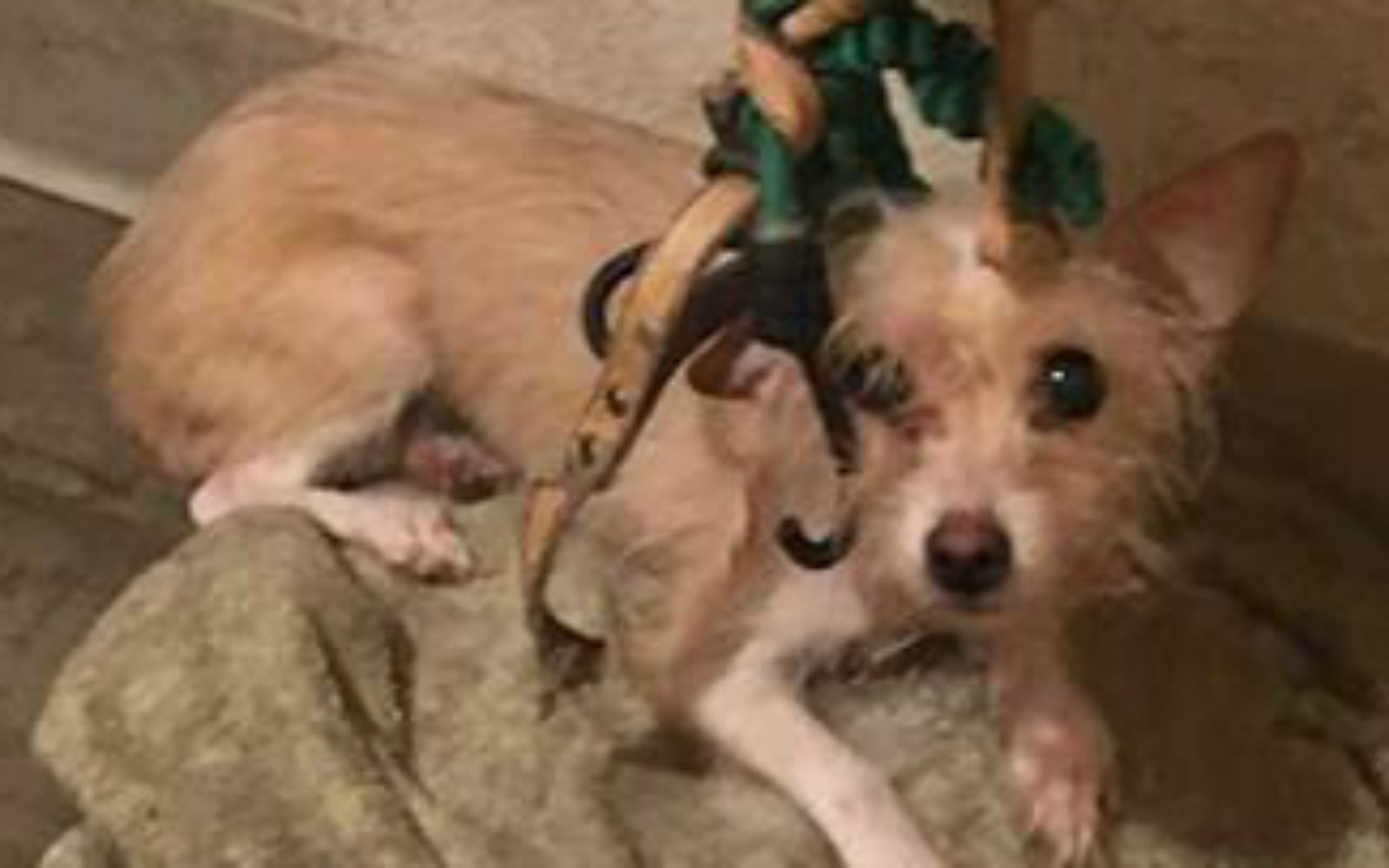 This is the story of Autumn, a cute little girl who won over the hearts of viewers of ABC News.

A family was recently evicted from their apartment, and when the property manager later passed by, they heard faint cries coming from the empty unit. The manager went in to investigate and found poor Autumn tied up under the bathroom sink, injured and in desperate need of help.

This awful family left poor Autumn with nothing but a bowl of Raisin Bran. She was alone in the apartment for a week before she was found, and by then was in excruciating pain. The property manager made a plea on Facebook and that is where Kate’s Rescue For Animals stepped in. 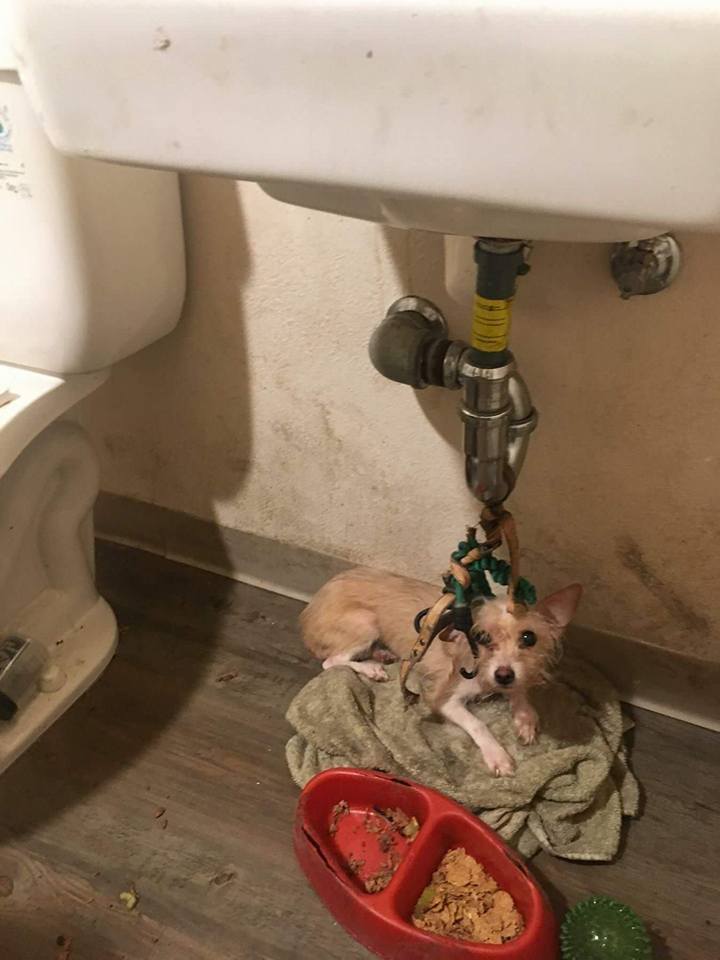 Monte Vista Small Animal Hospital was waiting for Autumn. When they cut her collar away, they realized she needed surgery for an open neck wound. 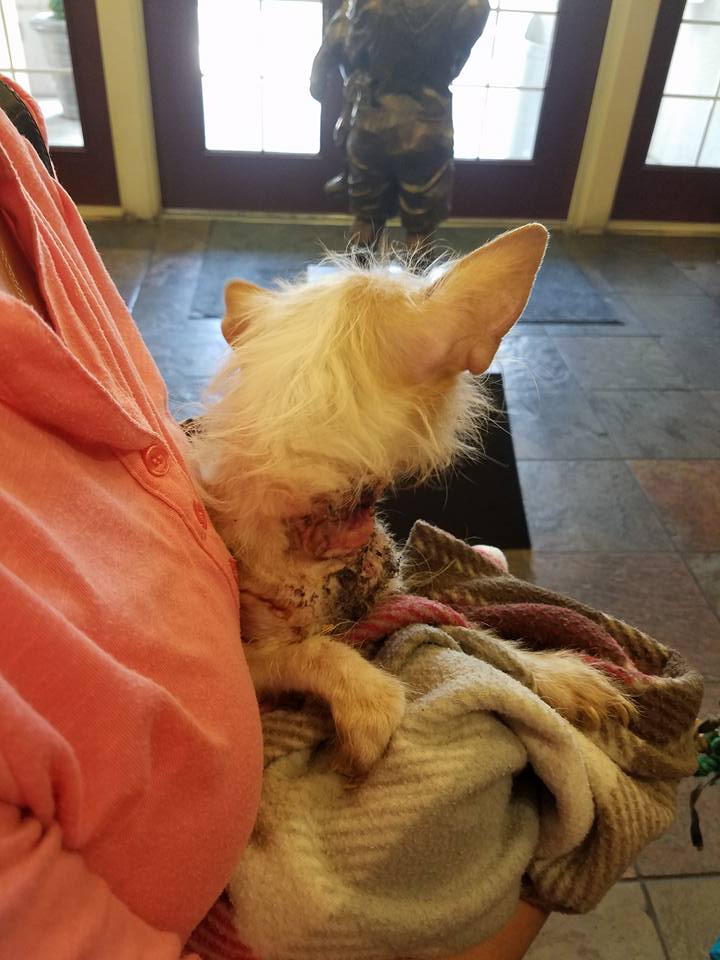 The extent of the injury suggested that poor Autumn had been tied up for a lot longer than just the week the family who abandoned her had been gone. 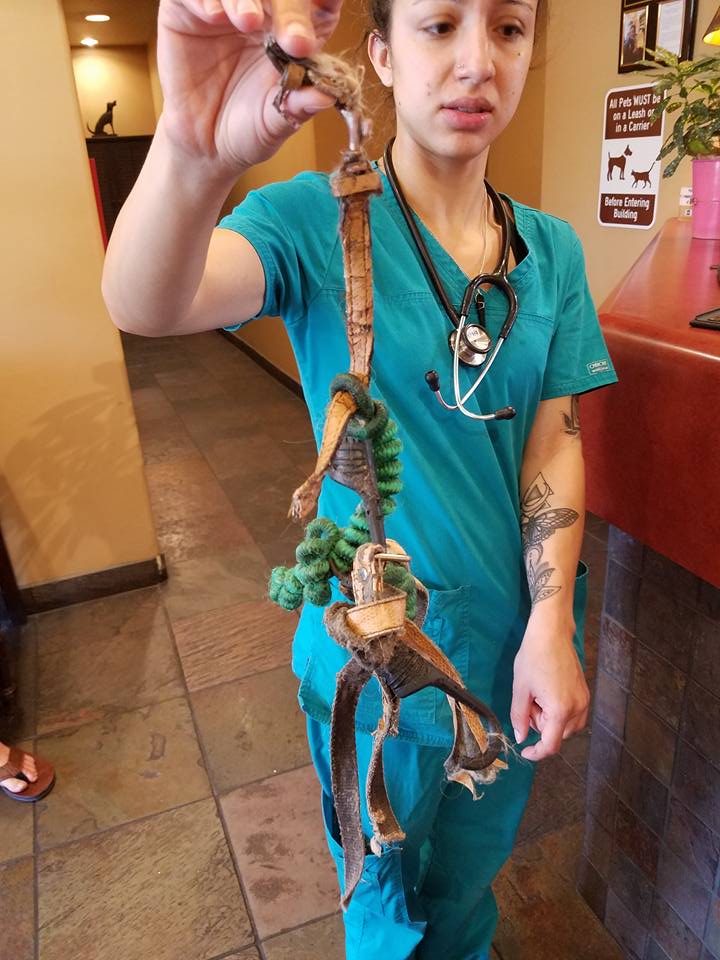 Imagine poor Autumn, abandoned by the family she loved, then taken by strangers to an unknown place full of things she couldn’t possibly understand. She was emaciated, dehydrated, and had every reason to lash out, but she didn’t. Autumn remained a sweet, loving dog from the very moment she was rescued. Kim Dunn, a volunteer with Kate’s Rescue for Animals said, “She is super sweet, and loves to be held, because she’s been neglected for so long.” Here she is cuddling up to one of her doctors! 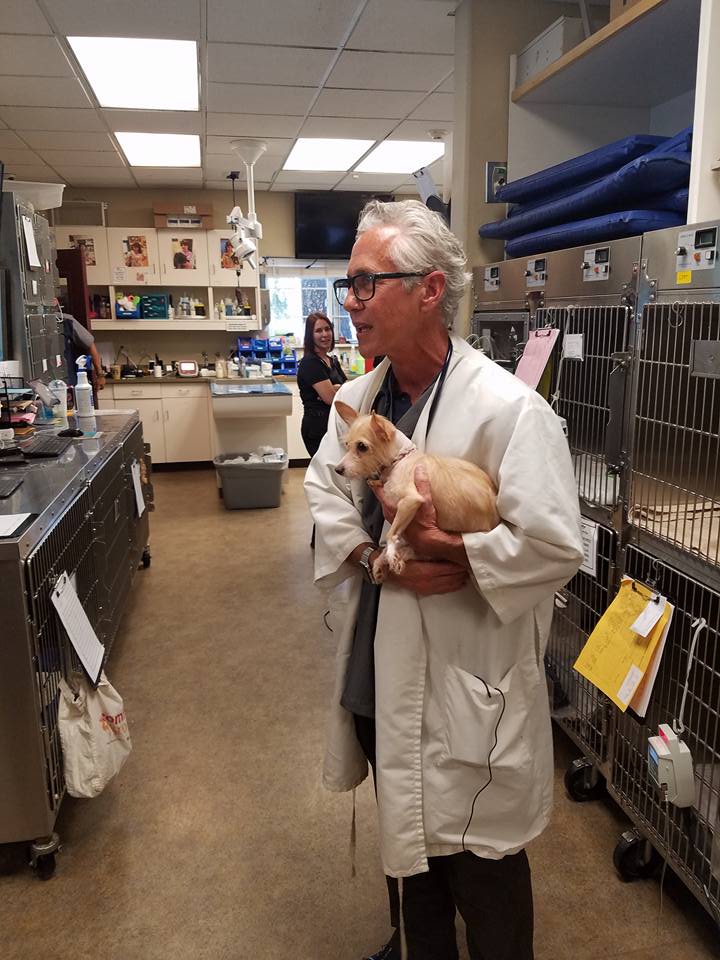 Autumn got through her surgery, and even though her fever spiked and there was swelling in her neck where the wound wasn’t draining properly, she kept going, full of love and cuddles for all of those who were taking care of her. Autumn even managed to gain a pound in weight while in foster care. 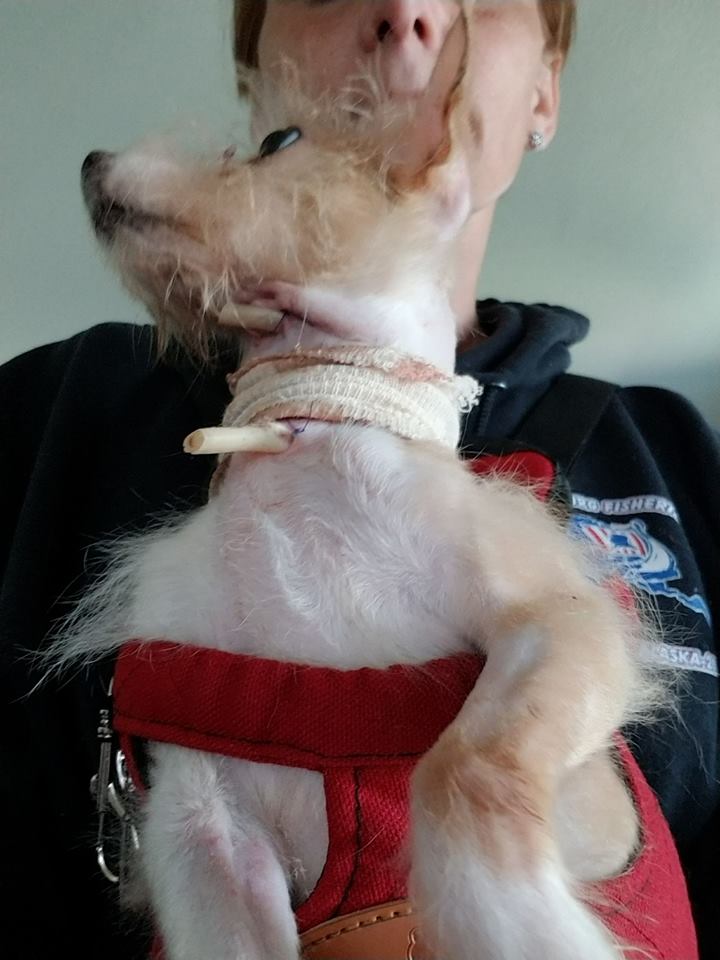 Here she is winning over the crew of ABC. 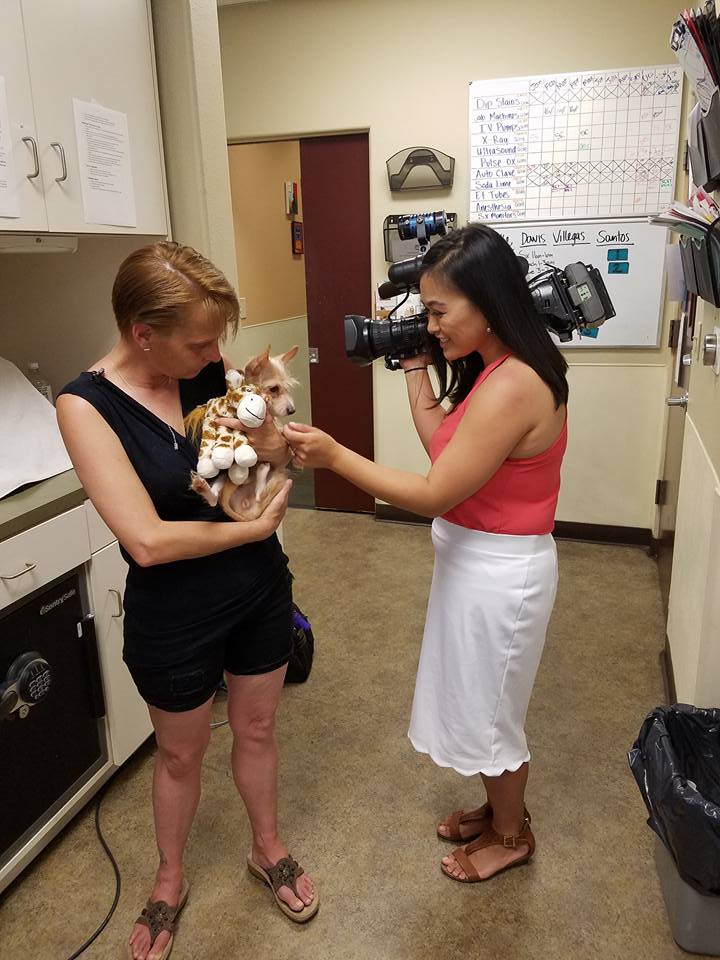 And here she is, getting even more snuggles. 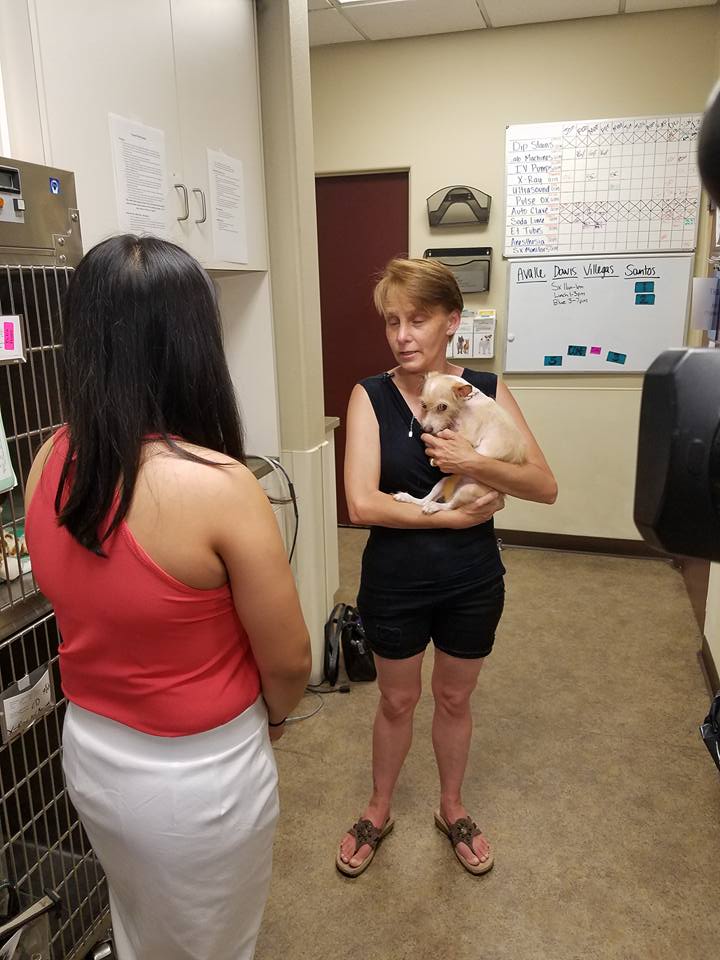 And cuddling her favorite toy giraffe! 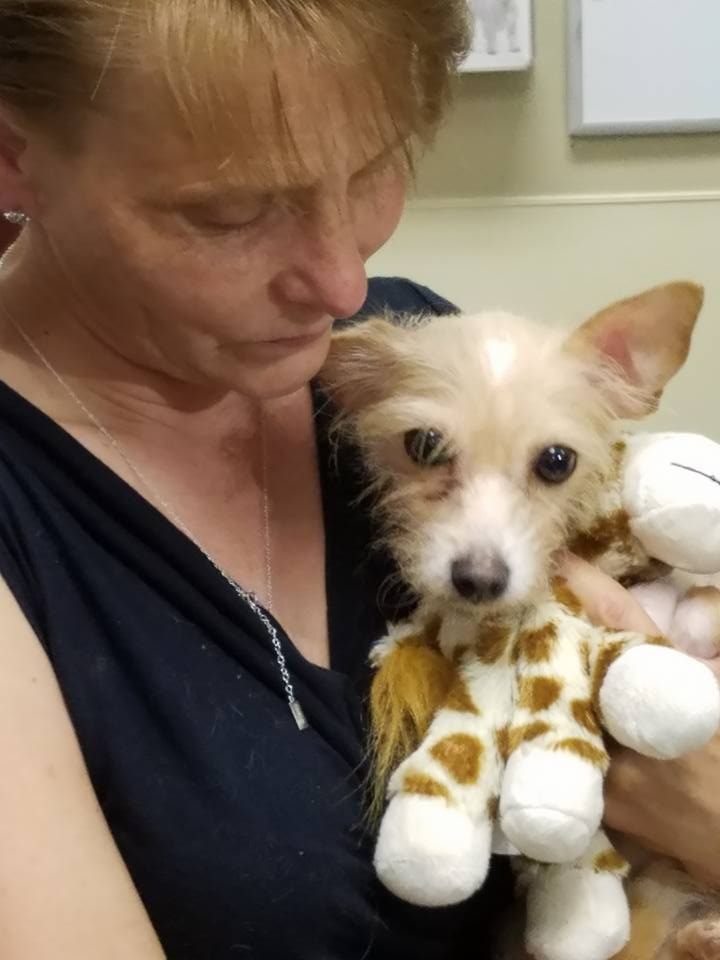 Keep fighting, Autumn, we’re so proud of you! 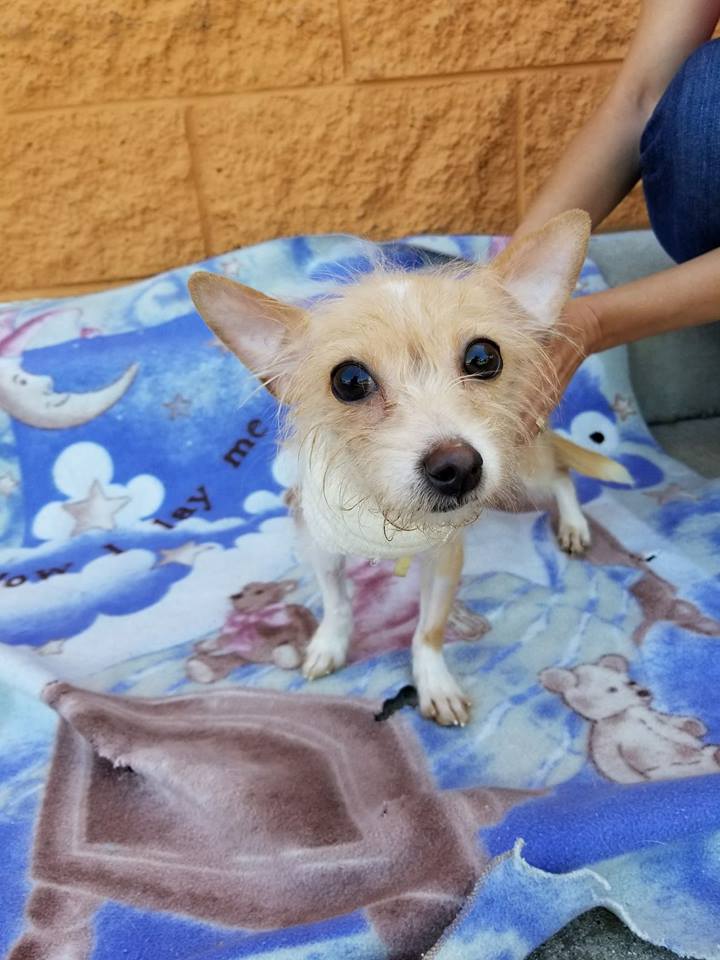 Abandoning a pet dog is one of the cruelest things to do. These poor animals don’t know what they’ve done wrong to be left. When we take pets we have a duty to protect them. We hope justice is taken on Autumn’s former family.