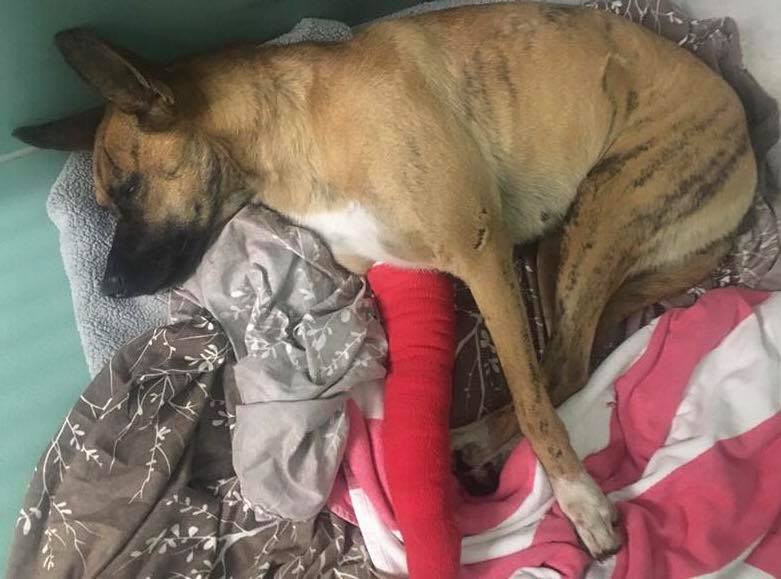 We honestly can’t believe this story. On Sunday, June 11th, around 6 PM in the evening, a silver SUV in Queens, New York, dumped a dog out of the car. What!?

Thankfully, a woman and her boyfriend happened to see the entire horrific incident. The kind woman who helped says that the dog, now named Honey, tried to back in the car, but the driver refused and drove off, leaving the innocent dog frightened and alone on a busy expressway in New York. While the woman wasn’t able to get the SUV’s plate number, she was able to see that the driver was a woman and the silver car had an Ontario license plate.

After witnessing such blatant animal cruelty, the couple stopped what they were doing and tried to help the poor dog. The woman says Honey was so scared. We can only imagine… 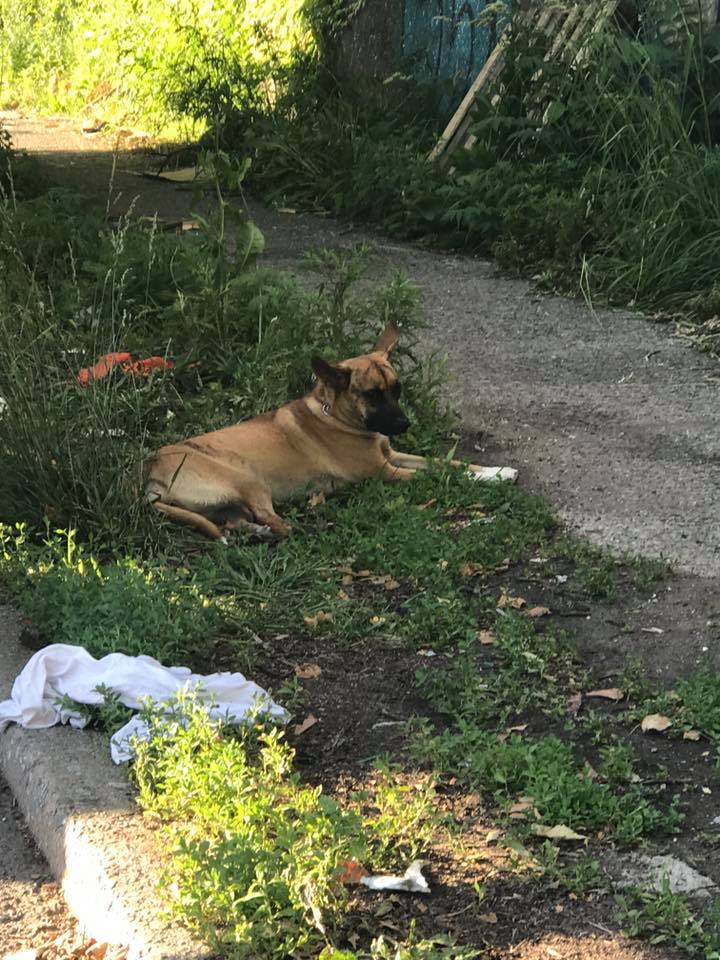 The couple stayed with her for two hours until police arrived to get the dog around 8 PM. True animal heroes.

When police showed up, Honey ran into traffic and was hit by a car. Honey now has a degloved paw and a badly fractured right front leg. It also appears that her hip is shattered. 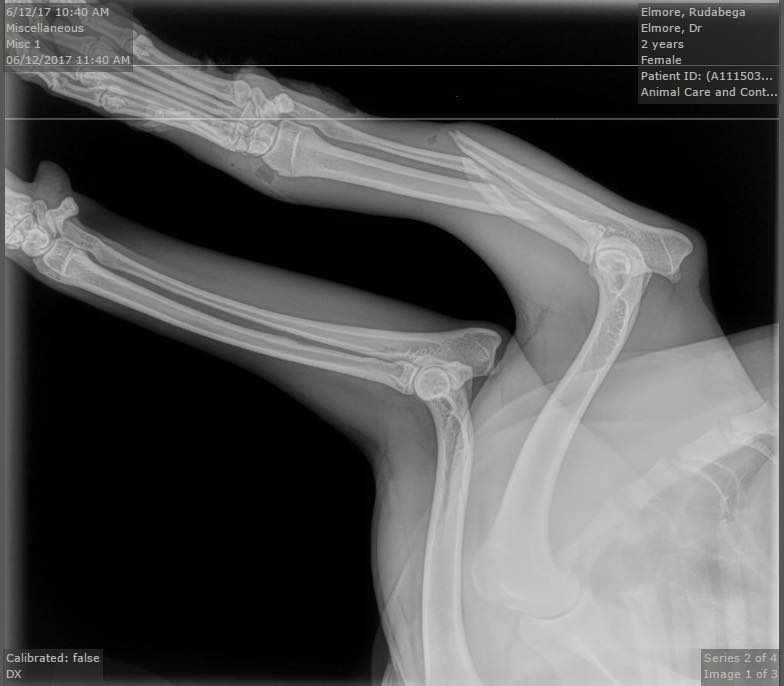 Rescue Dogs Rock NYC, learned of Honey after the New York City Animal Control Center alerted the rescue group to a badly injured dog needed urgent medical care. The woman who saw the incident and stayed with Honey for two hours to protect her was desperate to save her life, pleading for help.

Without fail, Rescue Dogs Rock NYC stepped in to help Honey and are now committed to saving her life. Honey requires expensive orthopedic surgery and as a non-profit volunteer and foster rescue group, you can imagine that Rescue Dogs Rock NYC funds are tight. If you are able to donate to help cover Honey’s life-saving care, you can do so here. Every little bit will go a long way to helping this sweet girl.

As Rescue Dogs Rock NYC states in their Facebook post about the person who dumped Honey, “If she didn’t want or couldn’t keep the dog all she had to do was drop the dog at the shelter instead of abandoning her on a busy roadway!” Truly, there is no excuse for inflicting unnecessary pain on an animal. Dogs are living, emotional beings that deserve our love and respect.

We will be keeping Honey in our thoughts for a full recovery. To learn more about Rescue Dogs Rock NYC and the amazing work they do, click here.