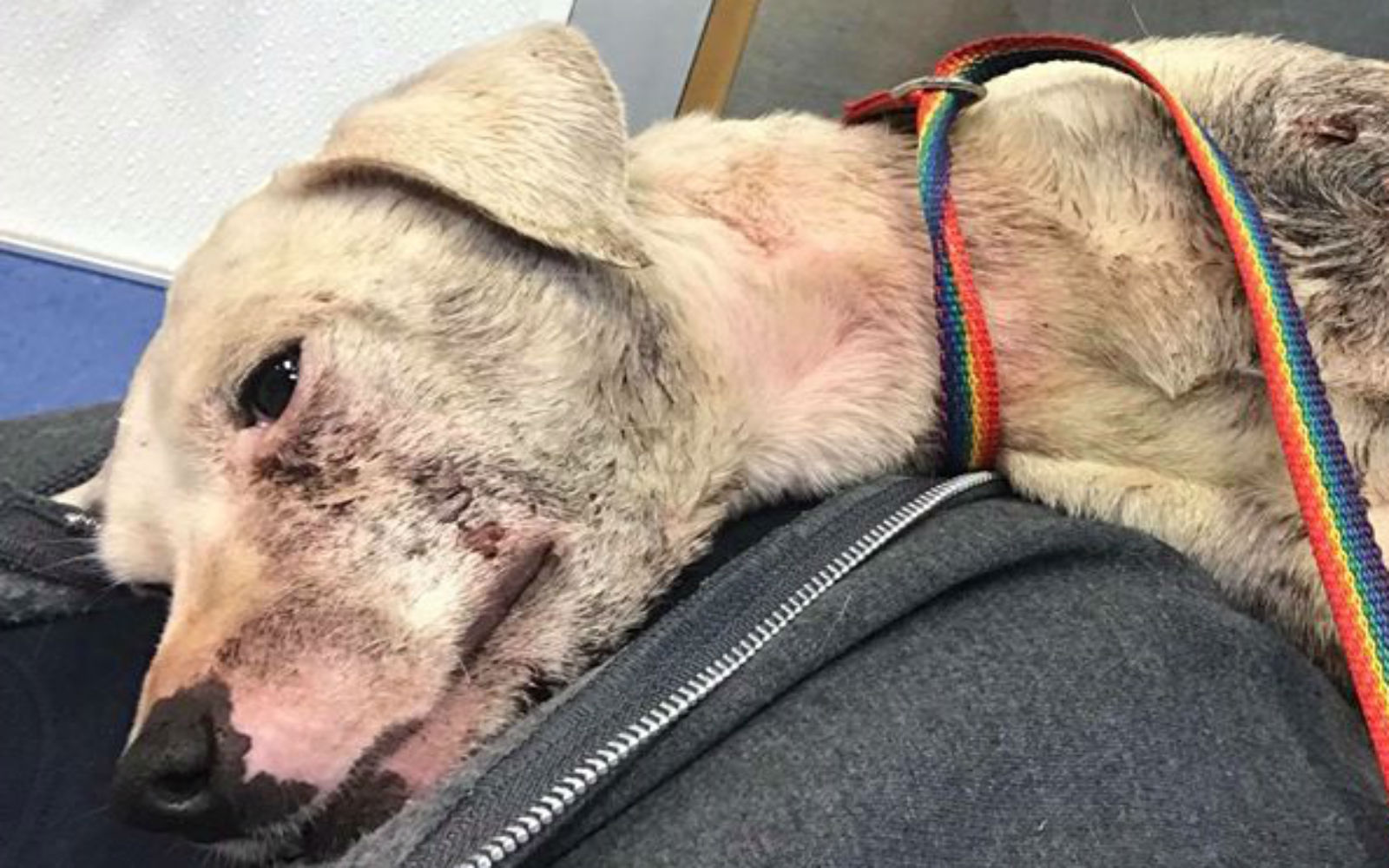 A jogger returned to her car one day after a run only to find a gravely injured dog cowering beneath it. The jogger called animal control, and by the time the animal control officer stepped out of his truck with a leash to pick her up, Lilac (the dog) had dragged herself out from under the car and towards him. The jogger said, “she knew she was being saved.”

Lilac was attacked by multiple dogs over a few days. Her injuries were beyond anything animal control can deal with, which is how Second Chance Rescue got involved. Her jaw was so badly broken that she might not be able to have a normal life because a portion of the bottom might need to be removed. There are bones protruding from her body and puncture marks from teeth all over her. One of her legs is broken, another has severe nerve damage as a result of her attacks, and the leg is swollen and painful to the touch. There is also a gaping, open wound in her leg that you can see straight through. These are horrific injuries, and we can’t imagine the pain this poor girl must be in.

Lilac barely weighs 20 pounds, so she is dangerously malnourished. It also looks as though she has had multiple litters in the past. She has been suffering for a long time; Lilac is filthy, everything on her body is rotting as a result of how long she has been left like this, and the smell coming off her is vile. To say this poor dog is traumatized is an understatement. Everyone who has seen her in person is in tears. 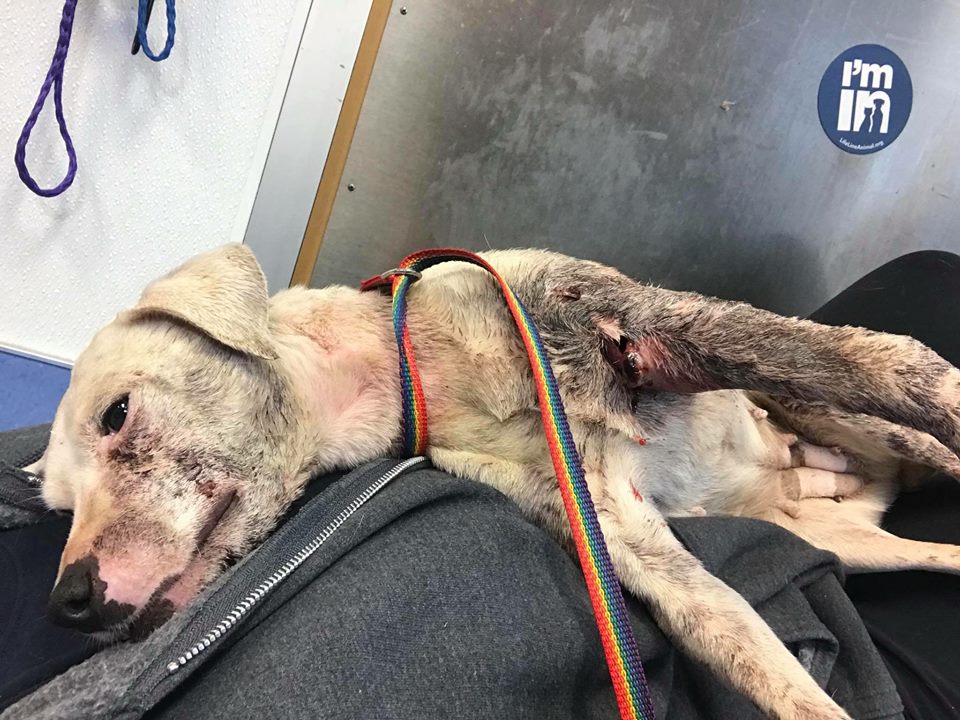 There are around 200 million stray dogs worldwide, with more than 70 million of those in the U.S. alone. Lilac’s story is unfortunately nothing new. Whether at the hands of cruel people who harm them for fun, or in Lilac’s case, at the teeth of a number of dogs more powerful than her, animals around the world are struggling to survive on the streets. Because of this, the work of organizations like Second Chance Rescue is never-ending.

Please consider donating to Second Chance Rescue if you want to help dogs like Lilac.