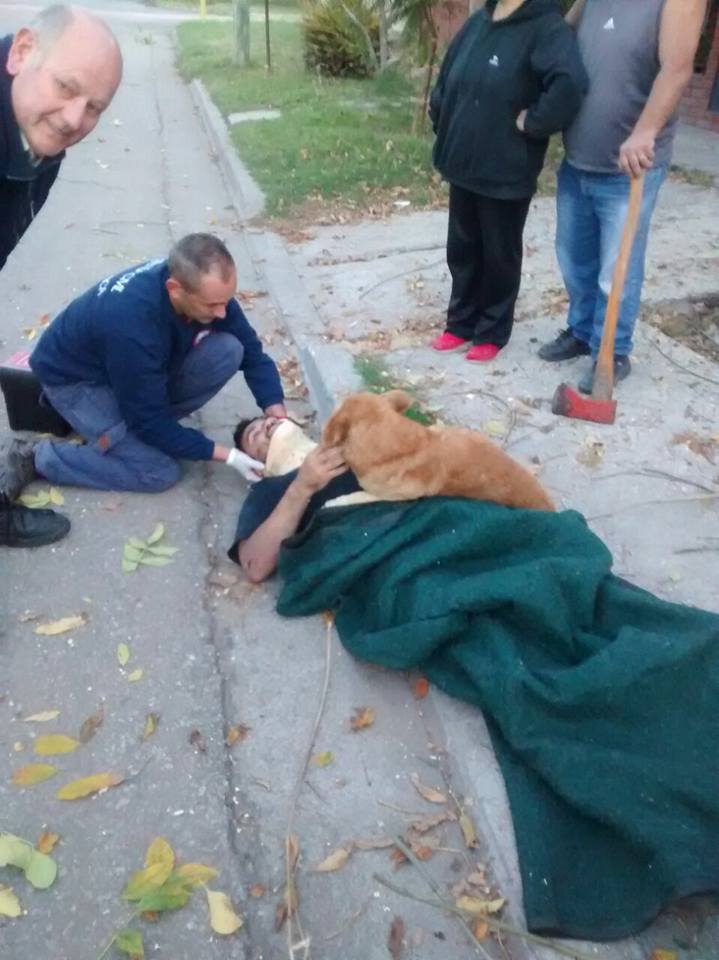 Sometimes it feels like we do not deserve dogs at all. They give us so much love, trust us completely, are determined to do everything to protect us, and spend time with us – their devotion is so complete it almost seems impossible.

A truly incredible display of a dog’s devotion recently took place in Bahía Blanca, Argentina. 28-year-old Jesus Hueche was pruning a tree in front of his house when he slipped and fell to the ground from the height of six feet. Tony, the man’s dog, was witness to the accident and his reaction was stunning.

Mr. Hueche saw Tony lying on top of him and nuzzling his chest when he finally came to. 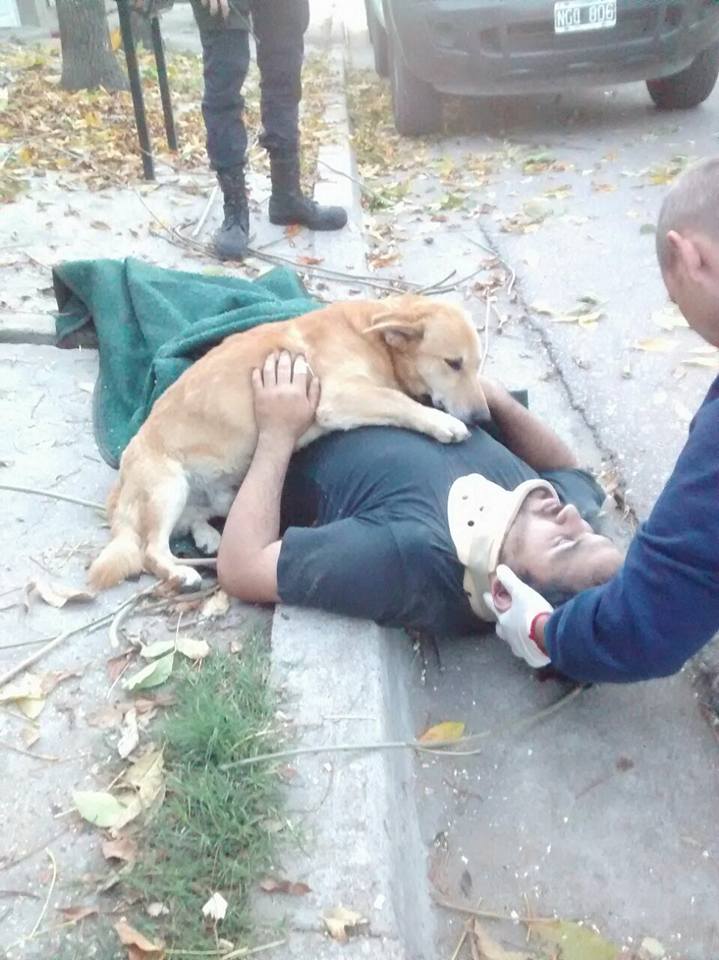 While the neighbors were calling the ambulance, Tony kept vigil over his guardian. Even when the paramedics arrived, the dog did not think of leaving his friend – he barked and bared his teeth. It took a while to convince him that the doctors would not harm Mr. Hueche. 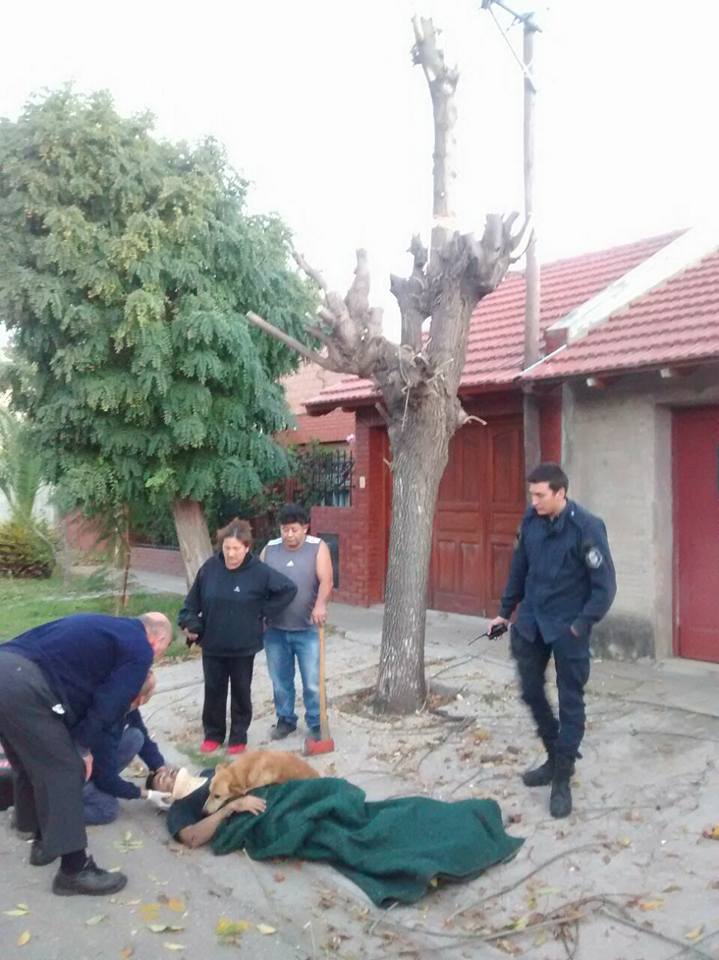 Tony still did not budge as the doctors put his dad in a neck brace. And when Hueche was being put into the ambulance… the loving dog tried to get inside as well. 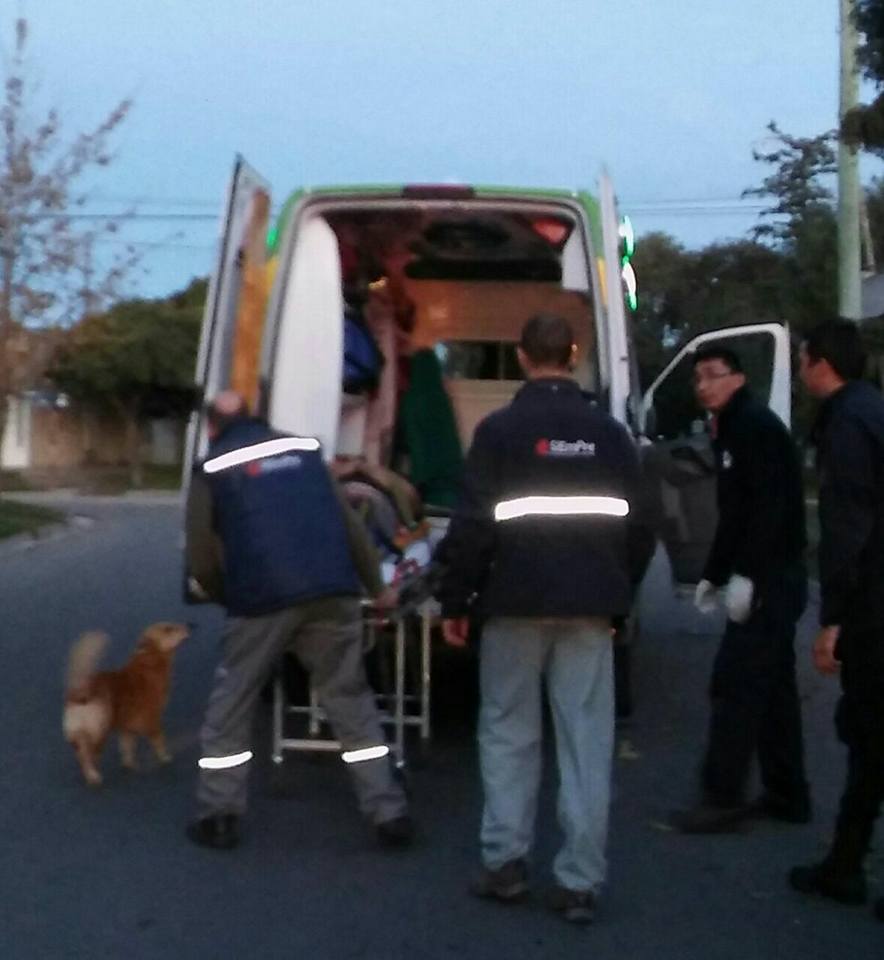 The pictures of little Tony lying on his injured guardian quickly went viral when the medics posted them on social media. Fortunately, it turned out that Mr. Hueche had escaped serious injury and suffered only from a minor head wound. Speaking to the media, he said that Tony was “like a son” to him, ever since he adopted him off the street.

Tony is now paying back all that love in kindness – it takes all the love imaginable and an extraordinary devotion to act the way this pup did. But then again, that is probably the only kind of true love that exists in the dog world.