Does Meat Gross You Out? It May Be Genetic! 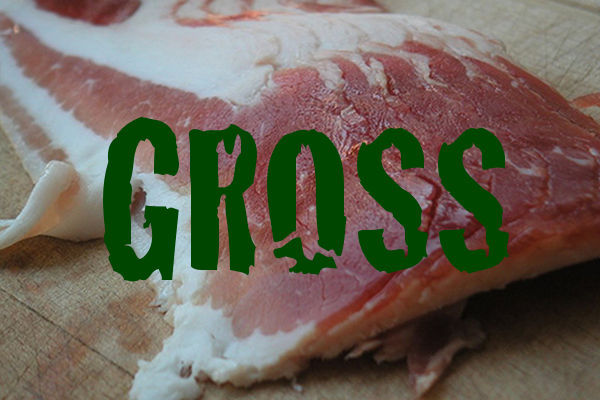 According to a new study, our genetics may partially determine whether we like the smell of meat.

Researchers from Duke University Medical Center and several Norwegian colleagues were interested in a gene called OR7D4, and its relationship to the perceived smell of certain types of meat.

OR7D4 is linked to an odor receptor that detects a compound called androstenone, which is found in male mammals, and is most commonly detectable in pork meat.

For the study, researchers added different amounts of androstenone to pork meat samples, then asked participants to rate the smell and taste of the meat. DNA samples were then taken from each participant to determine the genotype of their OR7D4 gene.

Study results showed that people with one or no functional copies of OR7D4 can tolerate the smell of androstenone much better than people with two copies. Reactions to the smell of pork varied widely among study participants, with some likening the scent to that of sweat or urine, and others finding it sweet, like vanilla.

One of the study’s lead researchers noted that this gene could also be responsible for some individuals’ aversion to other kinds of meat. It sounds like, at least for some of us, the decision to go meatless may have a genetic basis.

Even if you don’t have two copies of the OR7D4 gene, there are plenty of great reasons to give up meat! The animals, factory farm workers, and environment will surely thank you.