You may remember the 2015 documentary, PlantPure Nation, which highlights how a predominately whole food, plant-based diet will result in a healthy lifestyle. The film (available to stream on Netflix!) is directed by PlantPure‘s Founder and President, Nelson Campbell, and features his father Dr. T. Colin Campbell, widely known for his ground-breaking bestseller, The China Study. Now, PlantPure is working on yet another movie as part of their latest media-driven campaign, Healing America!

Healing America’s goal is to drive a nationwide grassroots movement to help bring the many benefits of plant-based nutrition into the mainstream. As we shared in December, the Healing America tour kicked off in Tampa, Florida in January of 2018, and a film crew has been following Nelson and Dr. T. Colin Campbell to create the footage that will eventually make up the Healing America documentary. If you’ve ever wondered how you can share the importance of a plant-based diet with your local community, this documentary is for you!

Can’t wait to see the documentary? You don’t have to! The team will produce a movie for theatrical release, but short video stories will also be released in real time. 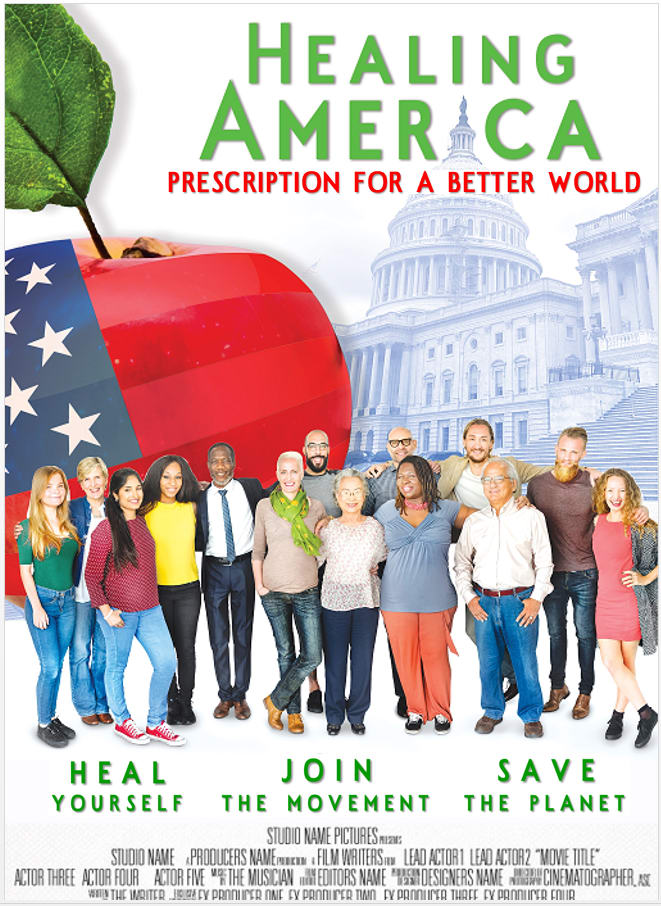 “Our intent is to use film not just to document, but to drive interest in the movement so that we can bring as many people as possible into the very storyline we are filming!” Healing America shared on IndieGogo. Check out the below video for more details!

PlantPure works to make healthy, plant-based foods accessible to everyone, all while showing the benefits of a whole-foods, plant-based diet through tips, meal plans, and wellness programs. With a Healing America documentary, PlantPure hopes to go one step further by bringing communities together to heal with a plant-based diet.

Thanks to leaders such as the Campbells, there has been an undeniable rise in plant-based foods in recent years, as consumers seek out cleaner sources of protein. In fact, according to some estimates, the plant-based meat market is set to reach $5.2 billion by 2020 and could make up one-third of the market by 2050. This is great news considering the toll our current food system is having on the environment, animals, and people’s health.

For more information on this exciting campaign, check out the Healing America website. If you’d like to support the documentary with a contribution, check out the IndieGogo campaign for all the perks!