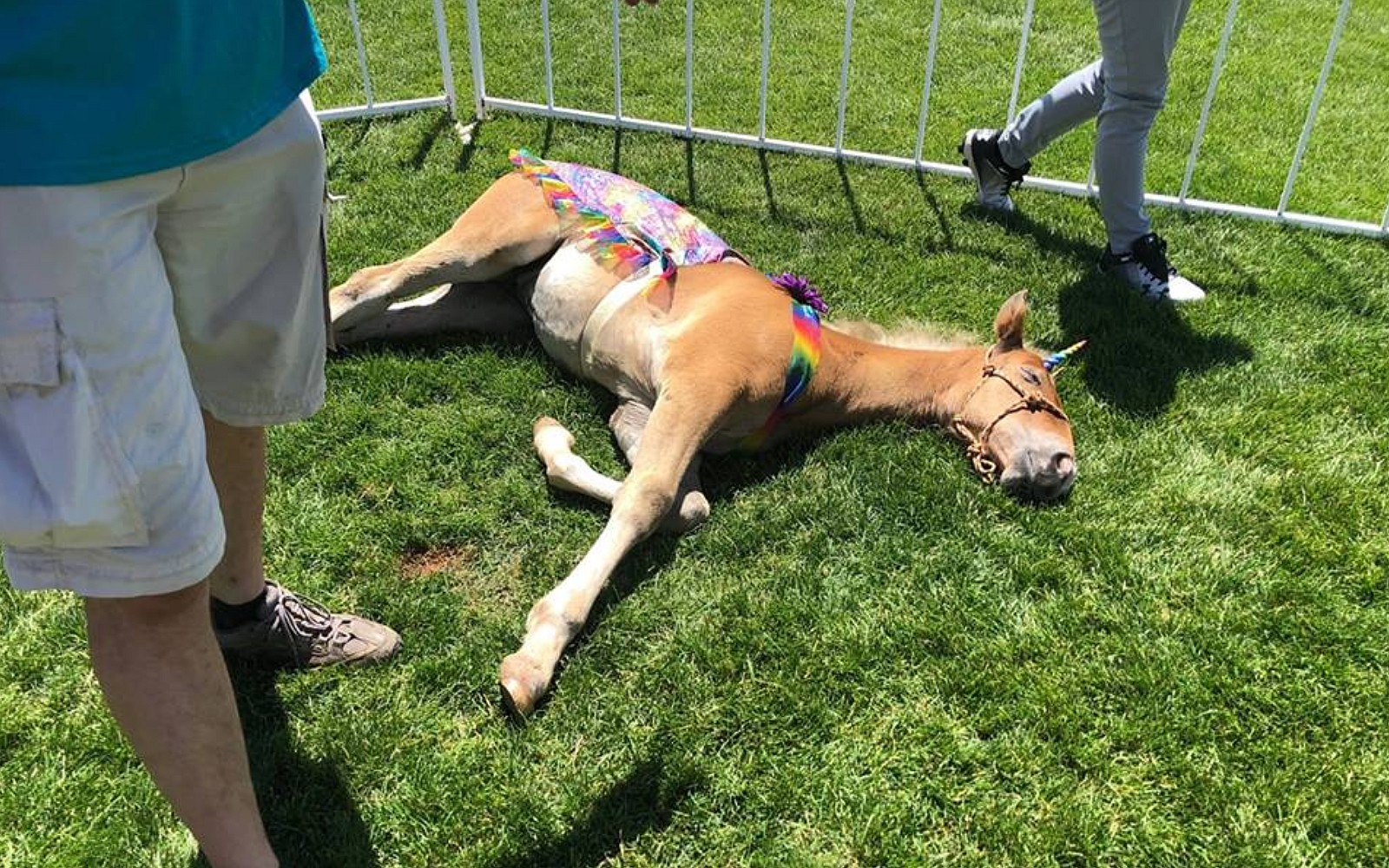 The story of a recent event in Littleton, Colorado showed the alarming reality of a local service specializing in providing “unicorns” for children’s parties and similar occasions. Unicorn Pony Parties uses ponies dressed as unicorns during various events – and, unfortunately, serves as another example of senseless animal exploitation, with the owners paying no mind to the actual welfare of the animals.

The photos from the Littleton event were published on Facebook by Sarah Vowell Hewson who described what was happening to the animals during the party. The ponies were kept in direct, very strong sunlight and did not get to rest for the entire day since there was always a long line and the business owners “chose profit over the horses.” They also appeared to not have access to water until someone demanded it at 4:30 in the afternoon.

One of the animals, a foal only six weeks of age, collapsed in the heat three times right in front of the crowd. 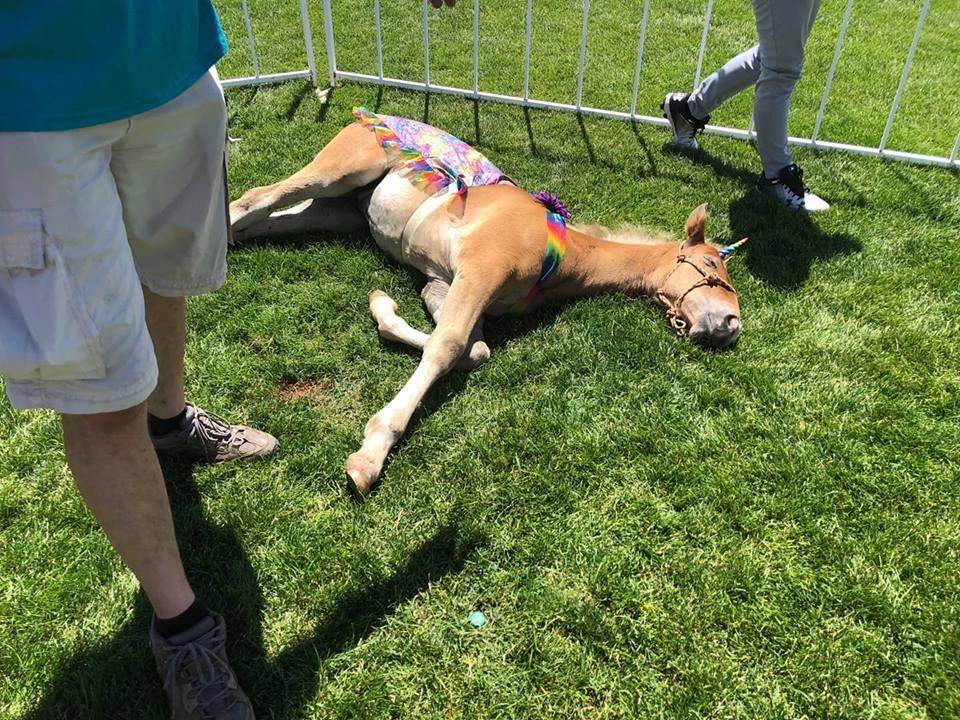 According to the company’s owners, who were unconcerned about the situation, the foal’s falling down was “normal.” The horses were also used as props for children to paint on. 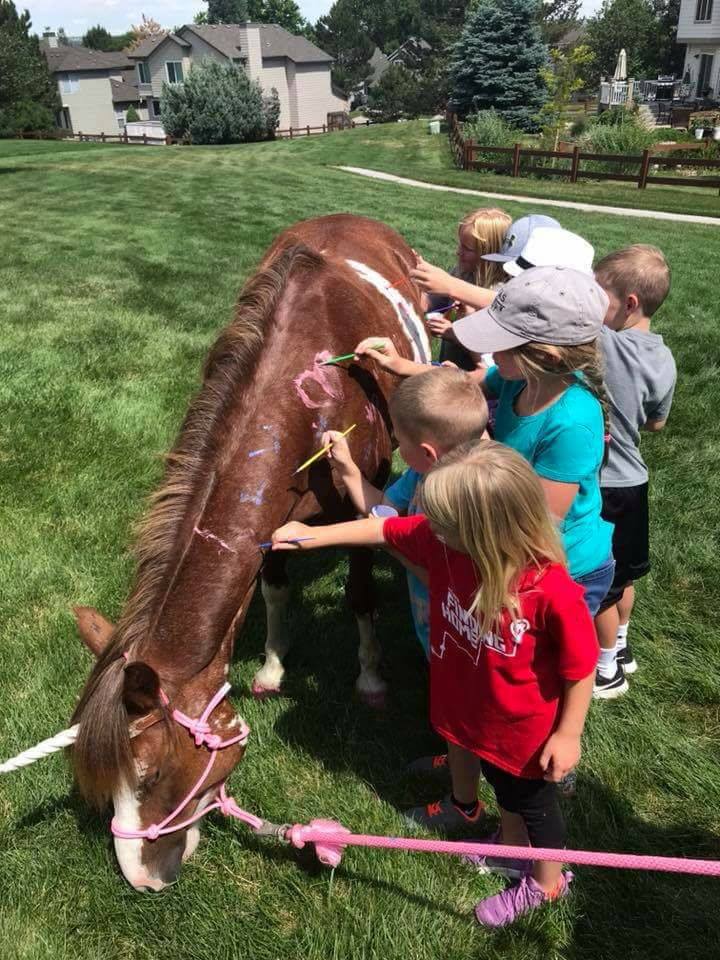 “Watching the kids draw pictures on the horse — well, there may have been a time years ago when I would have thought: I don’t really love that, but I guess it doesn’t hurt the horse, as long as the children are being monitored and aren’t being too rough and as long as the coloring isn’t made from something really harmful,” Hewson wrote. “But, now, seeing each animal as an individual who faces all kinds of oppression that gives us license to do horrific things to them, I hate all objectification of them.”

As Hewson shared, although the owners were not at all concerned about the possibility of heat exhaustion, what they were troubled by was a person who kept taking pictures and asking questions about the horses – they even threatened that if she continued, they would file charges for obstructing their business.

The business, however colorful and “magical” it is marketed to be, is clearly putting profit before animals who had to withstand very trying conditions for no reason whatsoever and should not have been put in that position in the first place. The case is even more disturbing because of the fact that the events organized by the company are addressed to children – and it is certainly not this picture of entitlement to other living beings that should be taught to young people.