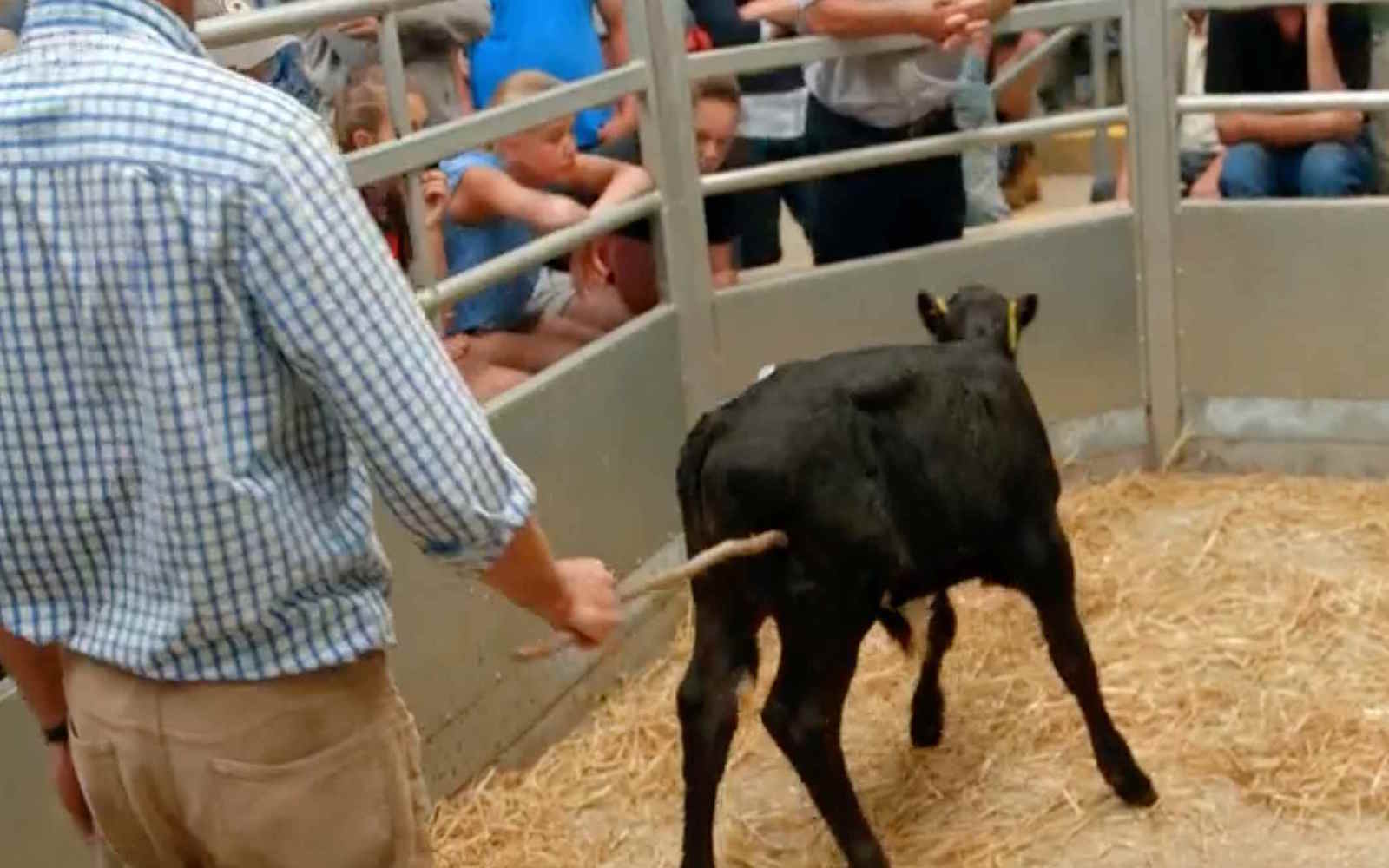 While working as a dairy farmer in Galloway, Scotland, David Finlay witnessed firsthand the upsetting reality of what happens when you take a calf away from their mother, a standard practice in the industry. In a recent interview with investigative journalist Samantha Poling for the BBC program “The Dark Side of Dairy,” Finlay opened up about his experience forcibly removing baby cows from their moms and how it has affected him.

As Finlay described the process in the on-camera interview, “The calf at that point knows no better other than its instinct tells them something is a bit funny, a bit odd. The mother … well, it varied. Sometimes they just walked over to the silage feed and started eating and you thought they hadn’t even noticed. And then there’s others that would bawl for days.” He went on, “And that was probably the distressing side of it.”

At this point in the video, the journalist notices that Finlay is becoming emotional and states, “That affected you — that affects you now, talking about it.” While Finlay doesn’t give a verbal affirmation, his answer is crystal clear: Overwhelmed by emotion, he begins to cry and calls for the person filming to cut.

Finlay’s tearful response begs the question: Why go through the emotional distress of causing visible grief for animals? Well, as he put it, “As a farmer, it’s just something you do, you just get on with it. It’s part of the job and you need to take the calf away because you need the milk.”

However, as Finlay is now proving, it doesn’t have to be this way. Determined to change the industry protocol, the Scottish dairy farmer has stopped separating calves from their mothers. This is a slightly more humane method of raising dairy cows, but sadly, the mama cows still eventually grieve the loss of their babies when the calves are sent to slaughter at the age of 18 months.

At the end of the day, keeping calves with their mothers for the duration of their short lives doesn’t make up for the fact that these innocent animals are selfishly exploited by humans for their milk, meat or both. There is absolutely no reason why humans need to consume milk, and it has been shown time and time again that all of the nutrients found in dairy can be found in plant-based foods. With growing rates of lactose intolerance, concerns over antibiotics and hormones, and raising awareness about the negative impact dairy has on animals and the environment, more people than ever are removing dairy products from their lives.

Luckily, there is a way we can all help stop the cruelty and suffering which are unavoidable in the animal agriculture industry. By opting for delicious plant-based alternatives in lieu of meat and dairy, we have the power to save precious living creatures from a life of pain and a brutal death they don’t deserve.