Cruel People Locked This Dog in a Basement That Didn’t Even Have Stairs and Then They Moved! 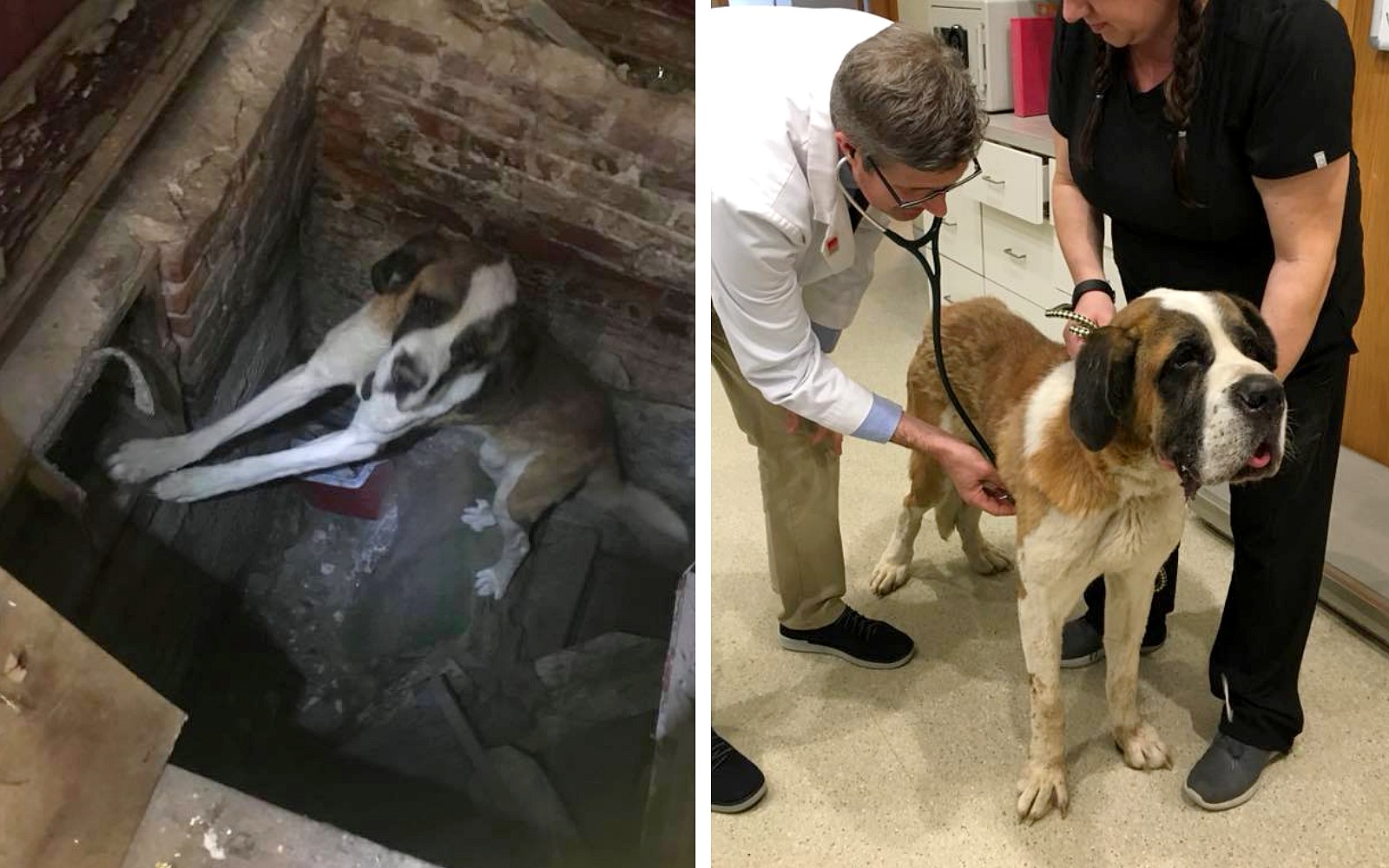 “It’s something you see in horror movies.” This is how Detroit Dog Rescue prefaces the story of Bentley, a St. Bernard who they recently found locked in the basement of an abandoned house. The dog was left with absolutely no way to escape his underground prison – no stairs and no other way to get out. All he could do was wait. Thankfully, he did not wait in vain.

Bentley was rescued by Animal Control officers and the Detroit Land Bank. To get the dog out of the basement, one of the officers scaled the walls down to him, while another pulled him out. 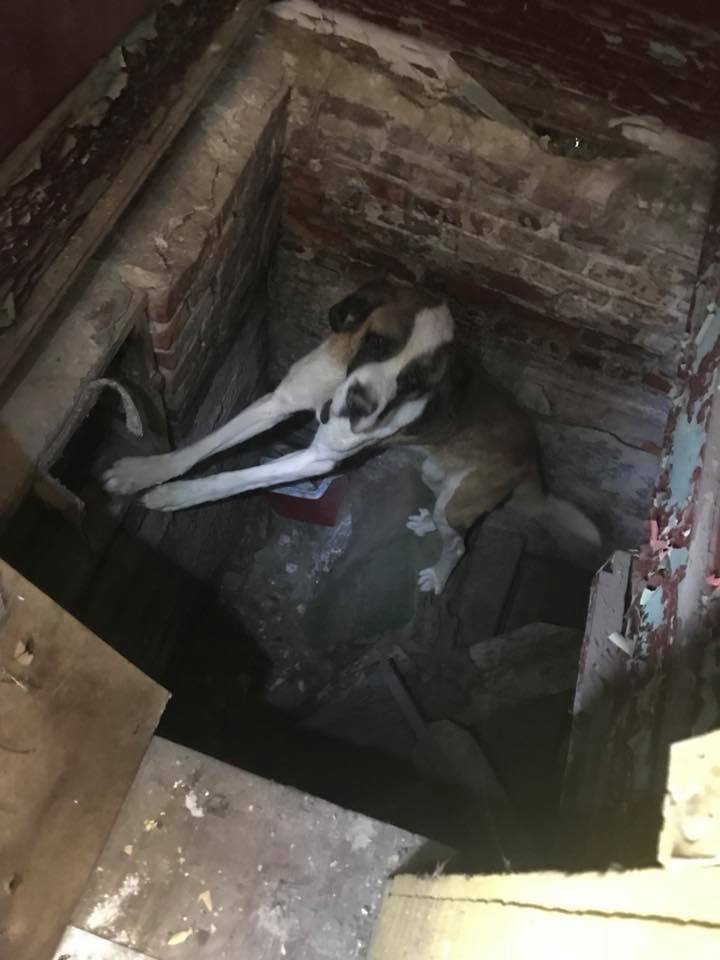 Detroit Dog Rescue came to the site as quickly as possible to give the abandoned dog the urgent medical care he needed. 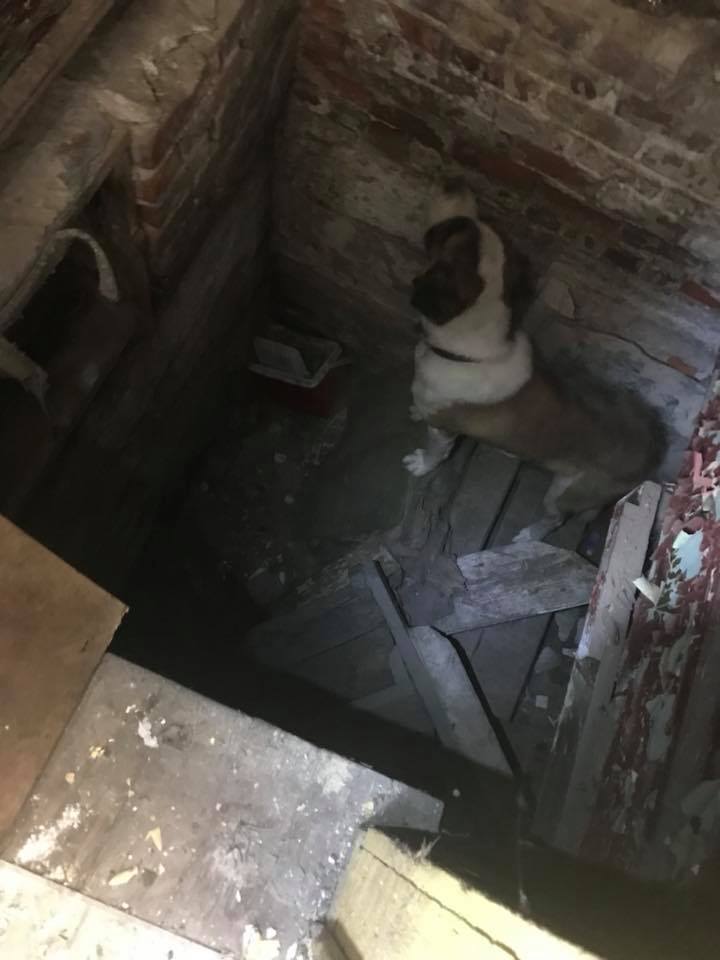 Rescuers found that Bentley was over 40 pounds underweight. The team feared he might be suffering from organ failure, but, fortunately, the dog “seems to be doing ok” at the moment.

Bentley is now under the vigilant care of the medical team and he will hopefully grow stronger with each passing day. 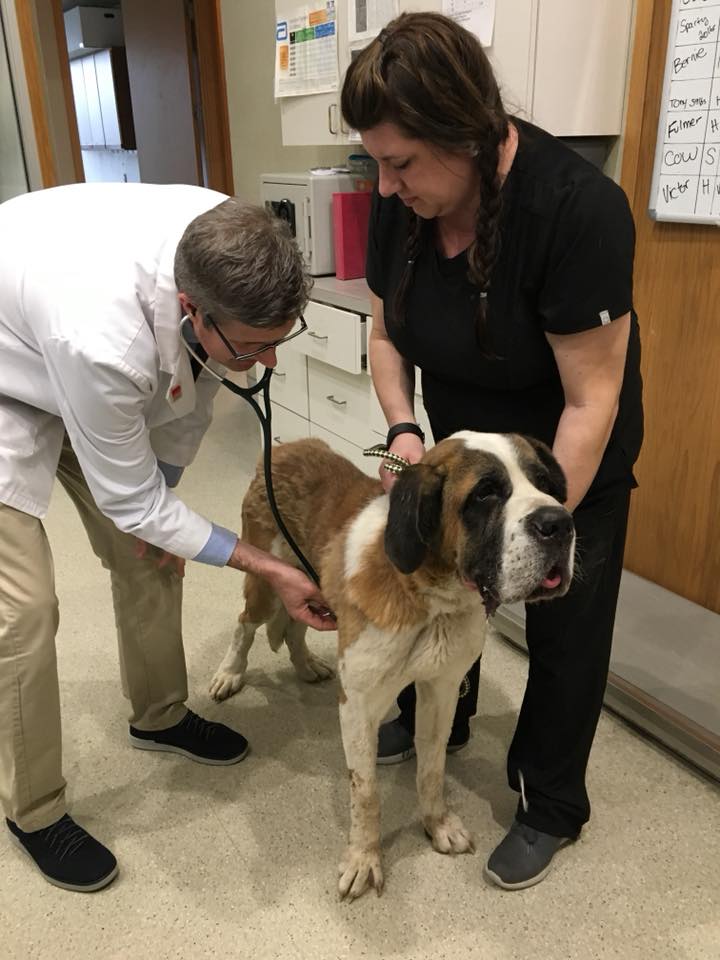 Bentley was found and rescued from his terrible trap just in time and he now deserves nothing less than the happiest ending he can get. “This is a horrific case that has left us all speechless and we want to do everything we can for Bentley,” the rescuers write.