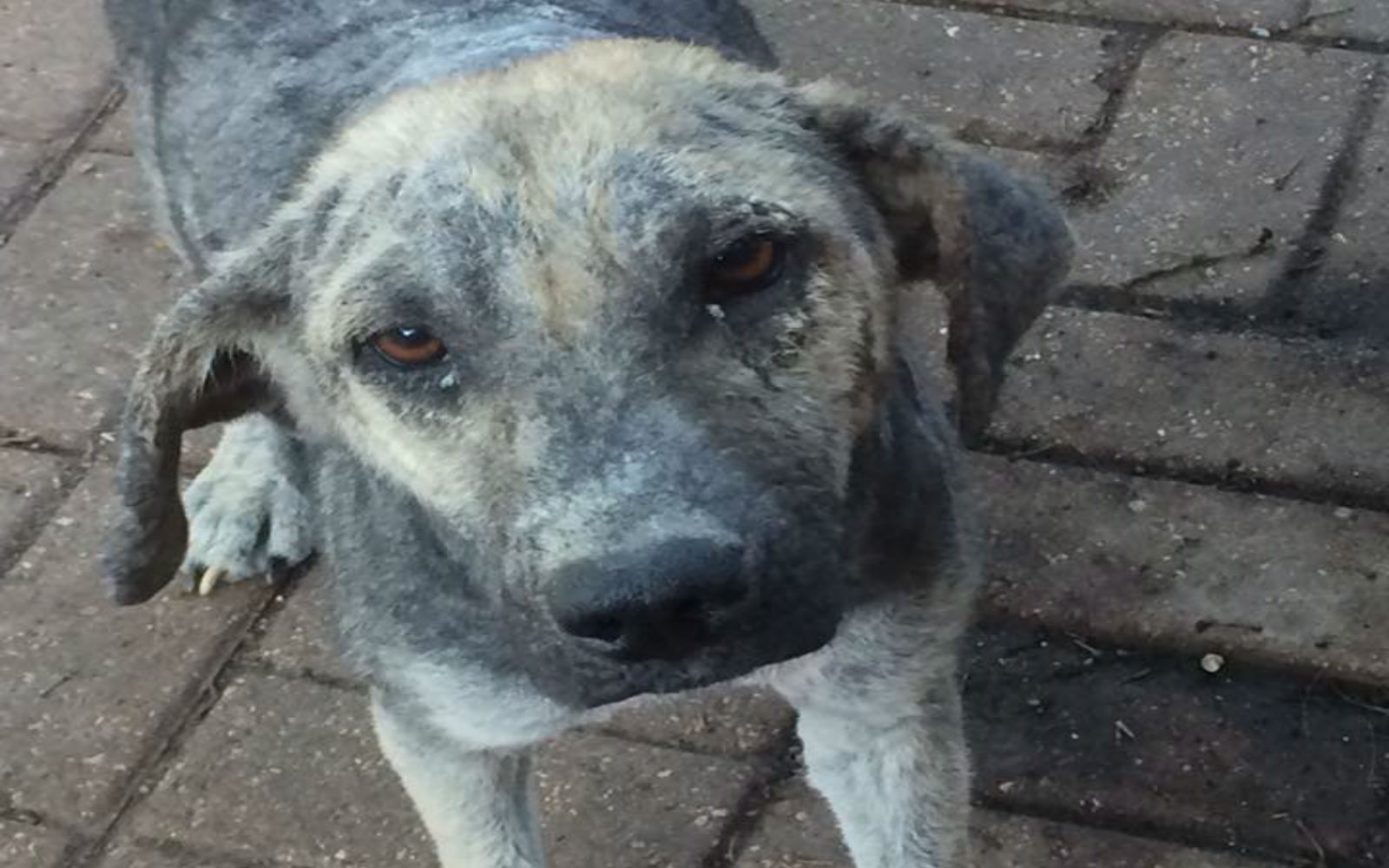 If you ever need a little reassurance that love really is the thing that makes the world go ‘round, look no further than Cami, the little dog rescued by Rescue Dogs Rock NYC. Cami was rescued after concerned neighbors got in touch with the organization. They reported Cami was left outside in all weather, which is bad enough in itself, but this poor dog, barely a year old, was so malnourished that she looked like a walking skeleton.

The neighbors initially tried to feed her scraps of food, watching helplessly as she tried to hide in a well in the yard to shelter from bad weather. The rescuer from Rescue Dogs Rock reported that they hadn’t seen a case of mange as bad as Cami’s in years.

When Cami was rescued, her heartless owners watched from the window and showed no remorse or concern at all. Complaints have now been lodged with the local sheriff’s office so these despicable people can be brought to justice.

Cami’s initial outlook wasn’t good. She was anemic and very weak, with her blood platelet count so low she barely had any energy at all. Her contagious mange was itchy and painful. Her skin was more like stone than anything. 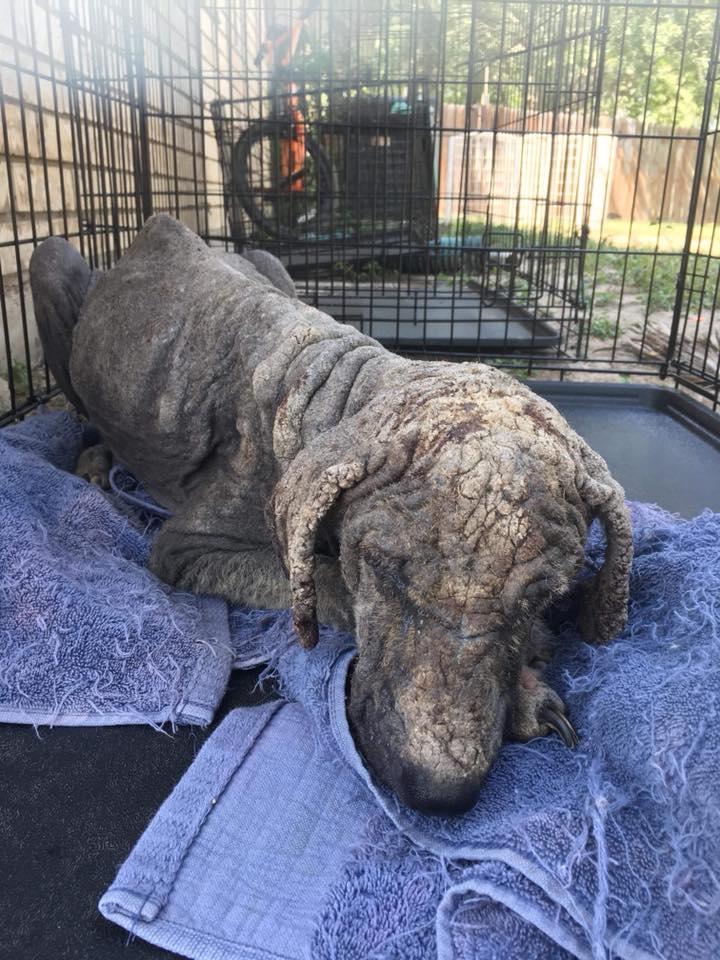 Thankfully, weeks of medication has helped Cami’s skin heal, and she is growing her fur back!  She has gained weight, and more importantly, confidence, learning to trust people again after her ordeal. 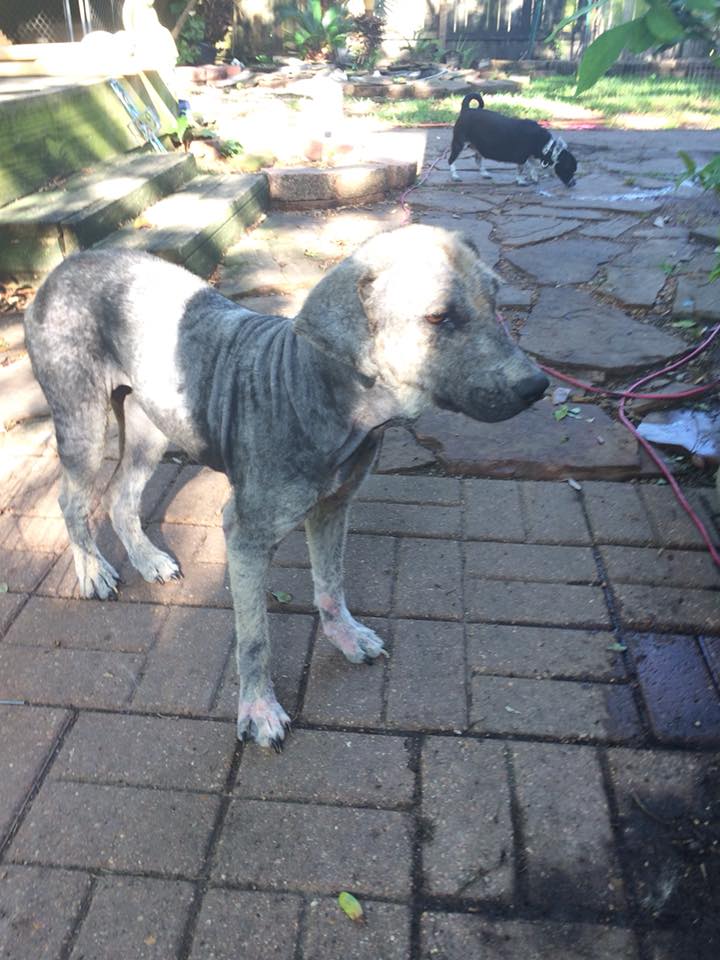 In fact, she’s doing so well she is now up for adoption! 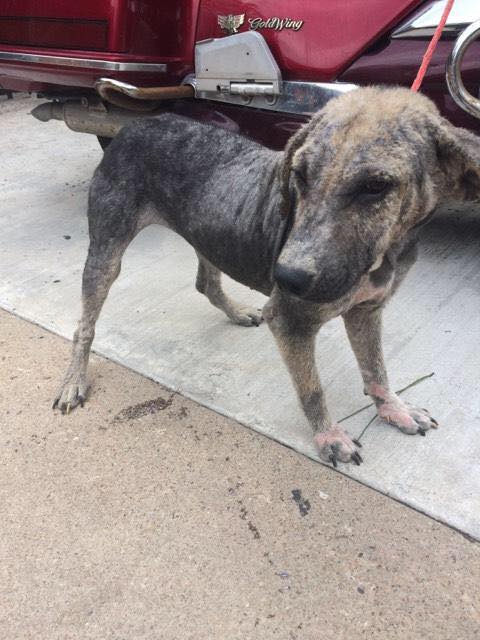 Look at this beautiful picture of a restored, healthy Cami and tell us your heart isn’t melting. 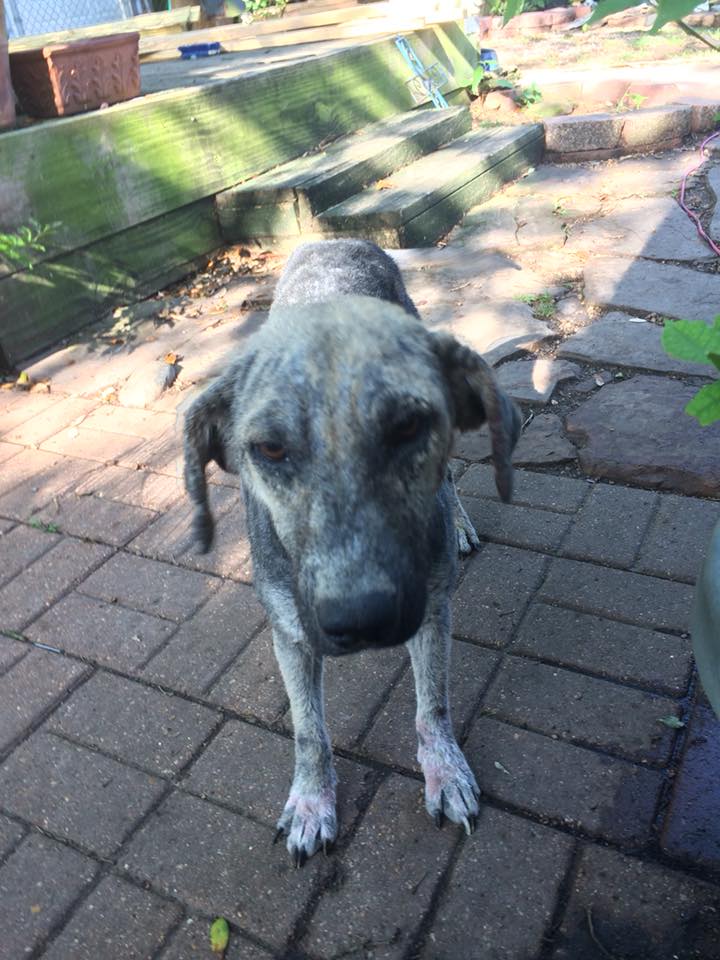 It shouldn’t need to be said, but taking on a pet is a huge commitment. You have to consider everything your pet is going to need and be sure that you can give it to them. Pets become a part of your family, and anyone who can’t imagine treating their pets as such probably isn’t fit to have a pet at all. Pets teach us about ourselves, as well as give us unwavering love and company; it is our duty to give the same things back.

Thanks to the fantastic work by Rescue Dogs Rock, Cami gets a new lease on life and a forever home with someone deserving of her company. If you’d like to adopt a dog yourself or donate towards medical treatment of other dogs, please reach out to Rescue Dogs Rock.