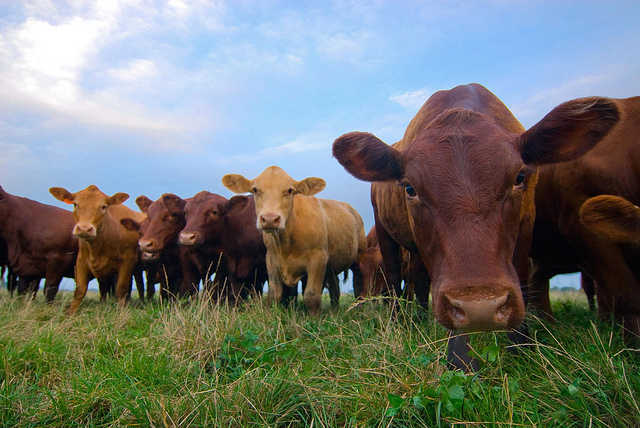 Many of us have omnivorous friends who have not committed to veganism or vegetarianism, but would like to ease any amount of suffering that the animals that they eat endure.

In recent years, terms like grass-fed and organically raised have become popular and many believe that the extra effort needed to run an organic farm means more compassion for those animals that are used by the farmer.

But can a business trying to make money from the use and exploitation of animals ever be “humane?”

PETA recently alerted the authorities about a farm that was going through economic hardship and the owners did not have the ability to keep their animals alive. So, the farmers decided to let them die of starvation. Hundreds of these animals were starving and up to three cows died each week.

PETA contacted law-enforcement and aided by the district attorney got state veterinarians to investigate the farm. The police have since arrested the owners and charged them with animal cruelty.

The owners were ordered to do whatever was necessary to take care of the animals and have since redirected finances to prioritize the care of these animals. With community help and donations the cows’ health is now improving.

So, what overall message can we take away from this? The most important thing to realize is that even if it’s an organic and local business that is using the animals, it is still a business. When bankruptcy occurs and assets are liquidated, living beings are left to die and rot as by-products or commodities.

What do you think? Can using and killing animals for food be “humane?”