No, This ‘Cowboy Monkey’ Riding a Dog is Not Cute – It’s Cruel and Here’s Why 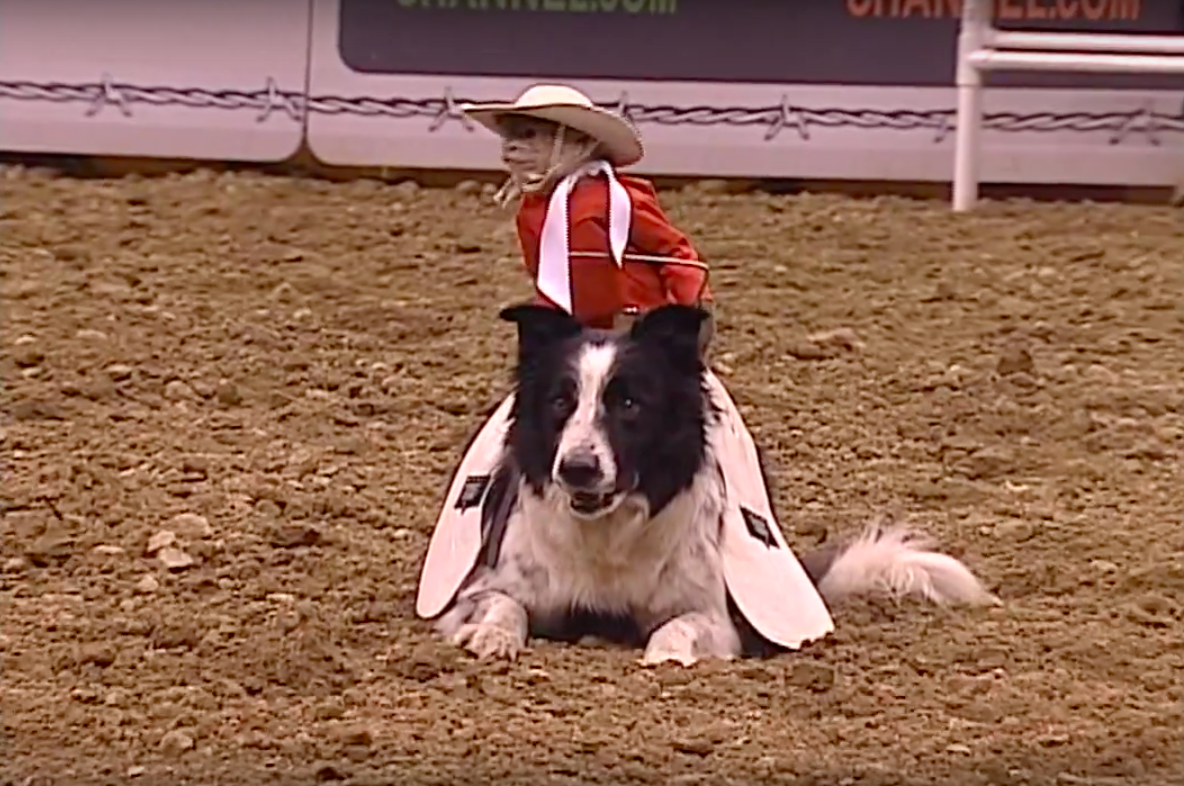 Rodeos already have a poor reputation when it comes to animal welfare, but one Minnesota exhibition is taking this to another level by including  a “cowboy monkey” in its act. This side attraction features a capuchin monkey dressed in a cowboy outfit and tethered to a saddle on the back of a dog, who runs at high speeds, chasing sheep or other farm animals. Animal activists are taking a stand against this and calling for “Whiplash the Cowboy Monkey” to be pulled from an upcoming rodeo show, claiming the event puts the monkey at serious risk, and might run afoul of the state’s animal cruelty laws.

Whiplash, the 27-year-old Capuchin monkey in question, has been trained to ride a Border Collie since he was two years old. Over the past 25 years, his life has not been easy – his previous trainer faced had numerous citations from the USDA, including failing to provide veterinary care and environmental enrichment to promote the psychological well-being of primates. His current trainer says activists’ concerns are unfounded and that “Whiplash loves to ride that dog,” but animal welfare experts state otherwise. In fact, the Humane Society of the United States (HSUS) has an entire fact sheet dedicated to exposing the cruelty behind cowboy monkey exhibitions.

The HSUS explains that the dogs can reach speeds of up 30 m.p.h. and abruptly stop, start, turn, lie down, and stand up, causing the monkey to be violently jerked forwards and backward, and slide wildly from side to side. Subjected to high, repetitive head accelerations — similar to what rodeo participants or passengers involved in motor vehicle accidents experience — the monkeys are especially vulnerable to neck injuries, such as whiplash – an injury this monkey’s name boasts. The dog may also inadvertently run into objects, such as walls, fences, and poles, injuring the monkey in the process.

Life as an entertainment prop is no life for a monkey at all. While Whiplash’s trainer claims that the monkey isn’t harmed in these shows, there’s no question that he would have a much better life in the wild, where he belongs. Capuchins, in particular, are highly intelligent, curious, and energetic primates who spend most of their time in trees — foraging, climbing, jumping, socializing, and exploring their surroundings. However, in traveling animal displays, the monkeys are confined to small cages, often alone, and are unable to express natural behaviors. The answer is really simple here: a monkey should be in its natural habitat climbing trees, not tied to a dog, chasing anything.