This Awesome Cow Escaped Slaughter… and Lived With Deer in the Woods for a Whole Year! 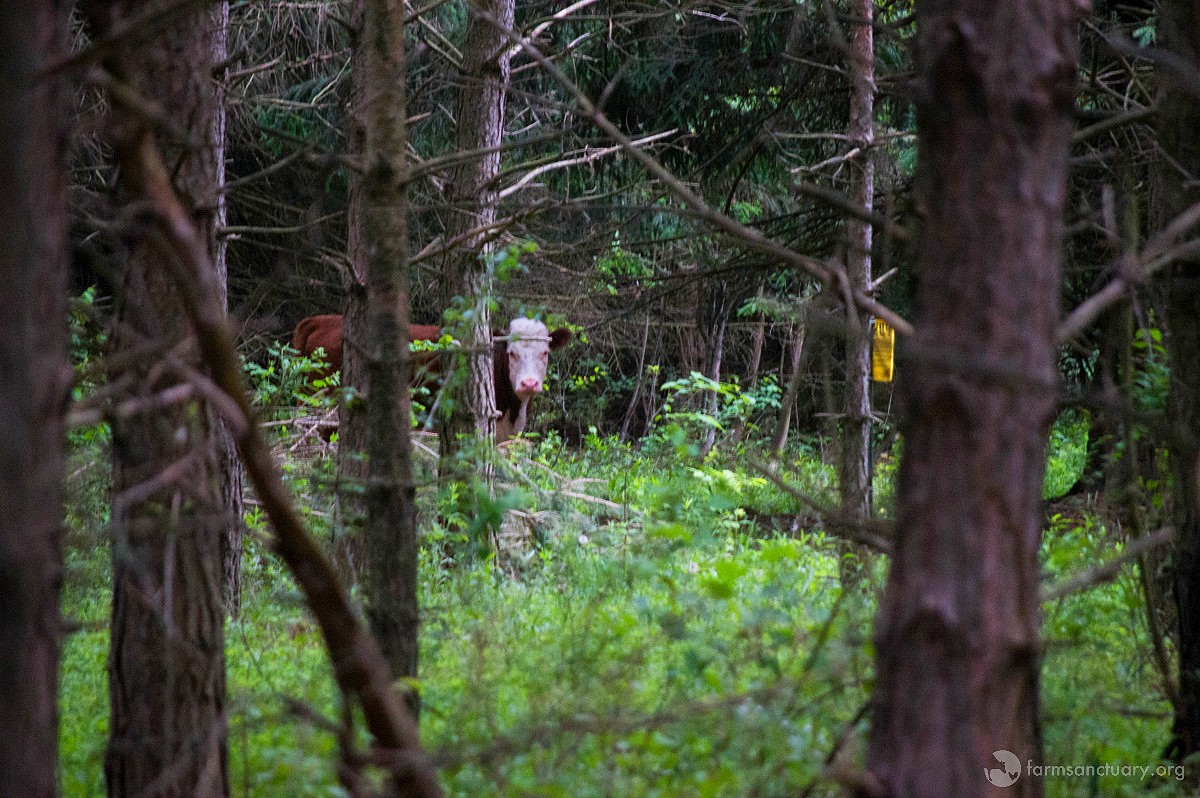 At the Farm Sanctuary’s shelter in New York, every animal has a special and often very moving story, but that of Bonnie the cow must be quite one of a kind. Bonnie, the sanctuary’s newest resident, has been “on the run” for almost a year. The cow managed to escape slaughter, which is, sadly, where the rest of her herd was headed, and she ran away to the forest, where she found some much-needed comfort among … a group of deer. It took a lot of dedication and an organized effort to get her into a safer place, but now Bonnie finally has her own home out of the woods.

Bonnie was born on a farm in Holland, New York, where cattle were raised strictly for beef, the sanctuary team writes. She spent the first months of her life with a herd made up of her family and friends. In August 2017, the herd’s “owner” passed away and the family decided to sell the animals. Bonnie was just four months old at the time, but, like all the cows, she was disturbed by the commotion and able to sense the oncoming change.

When the farmers were loading the trailer to transport the cows, Bonnie seized the first opportunity to run away and flee into the nearby forest. 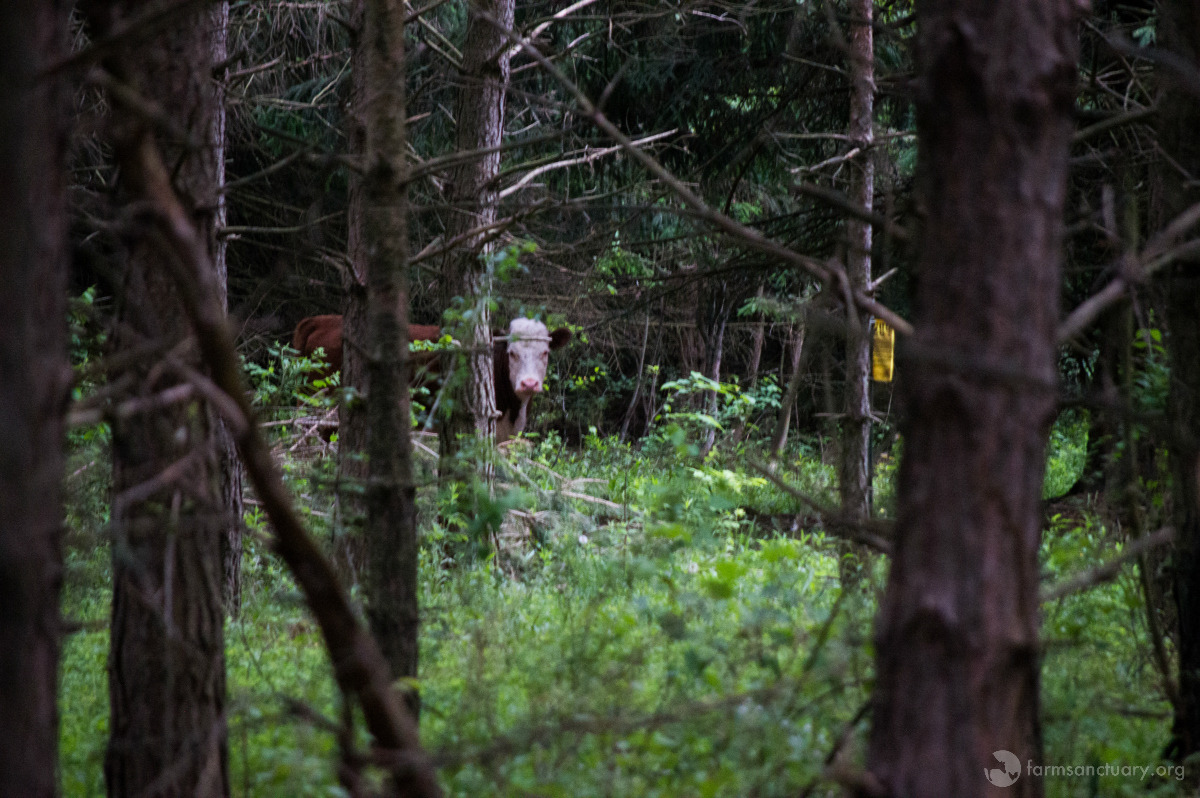 Soon, Bonnie became “something of a local celebrity,” as people learned about her story and were fascinated by the calf who had saved herself from slaughter. She was recorded by hunters’ wildlife cameras, and it was extraordinary. Bonnie was living with a herd of deer. The animals ate, slept, and ran together; the deer accepted her as their own.

The Holland community was taken by the little cow and wanted to help her, but Bonnie was too frightened for anyone to try to come near her. She became as elusive as her deer companions. Though the wild family was helpful, the calf would not have likely managed to survive without care for long, especially given the harsh winters. 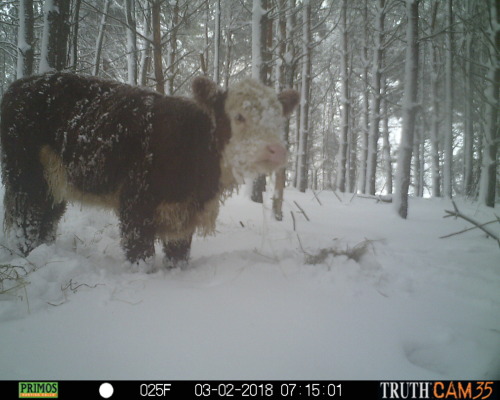 Fortunately, Bonnie’s human neighbor, Becky, the owner of Bonnie’s part of the woods, stepped in. She trekked through the snow every day to bring Bonnie food and fresh bedding, which made the cow slowly start to trust her. With time, even the deer began to approach her.

Becky asked Farm Sanctuary to help the beloved cow and bring her to safety. The rescue mission was very trying and took three separate trips to the forest over the course of two weeks. The poor cow still did not trust anyone other than Becky, but, finally, was successfully captured and taken to Farm Sanctuary.

Now, Bonnie is at last “out of the woods” and has a home at the sanctuary where she will spend her life surrounded by care and respect.

“Bonnie’s journey home was a true community effort; we couldn’t have done it without Becky; the Holland community, who looked out for Bonnie; and our dedicated staff members, who stopped at nothing to help our new friend come home,” the team writes.

You can help the sanctuary team provide Bonnie and other animals with lifelong care by making a donation via the sanctuary’s website.