Cat Left in Shelter Gets Reunited With an Unlikely Friend After Years Apart! 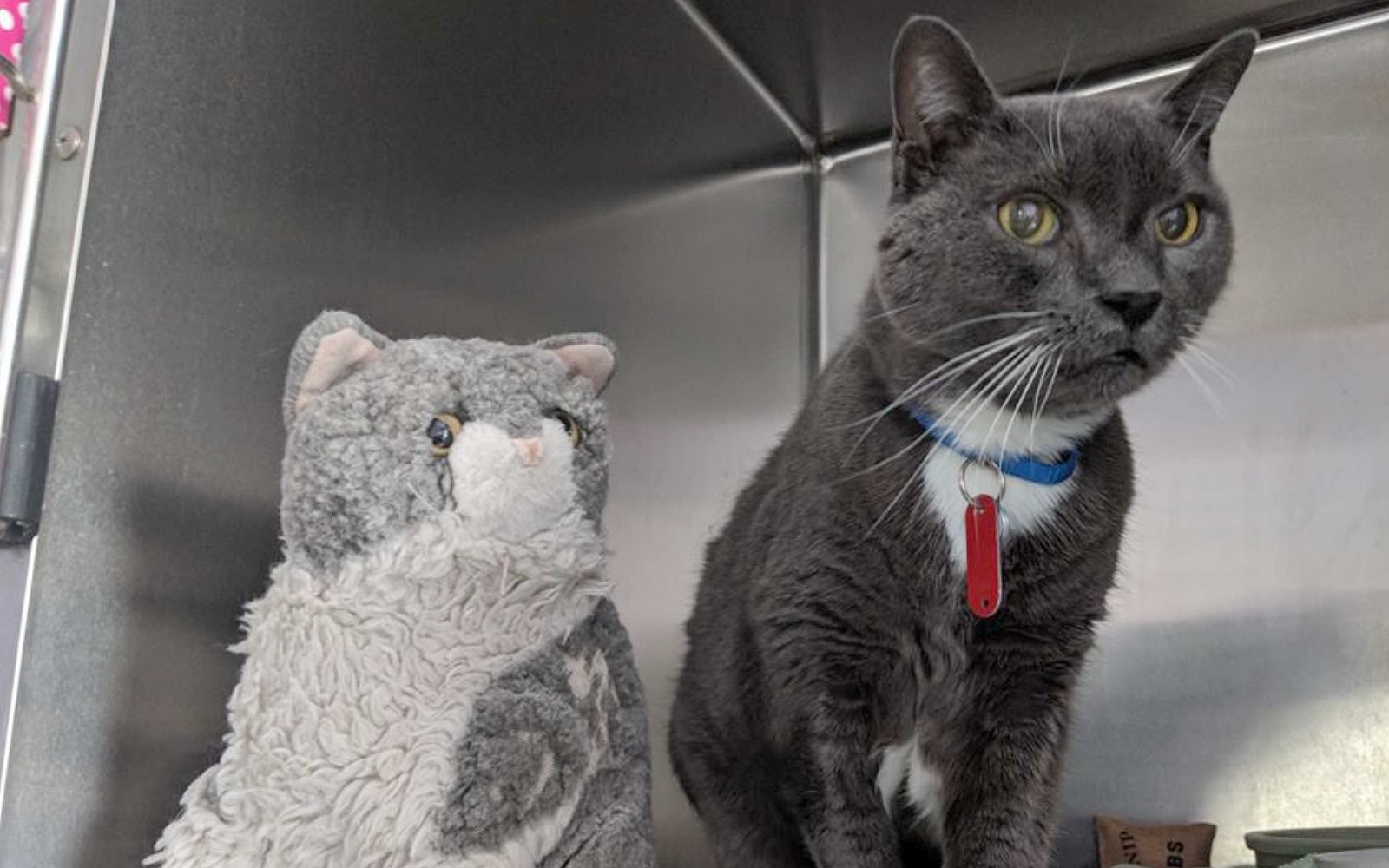 When Hoonie came to Alley Cat Rescue, he had an unlikely companion – a stuffed toy roughly the same size as the 16-year-old grey cat himself. From that moment on, it was clear that Hoonie’s story would not be like any other. After his long-time guardian and friend sadly passed away, the senior cat was left alone and disoriented. The guardian’s daughter, who was unfortunately allergic to cats, reached out to the Maryland-based rescue, hoping to find the kitty a new home. At that time, no one would have guessed what was about to happen next.

“We immediately knew that we wanted to help this sweet senior boy so we took him in to our adoption program,” Brianna Grant of Alley Cat Rescue told Love Meow. When he arrived, Hoonie naturally was not alone … 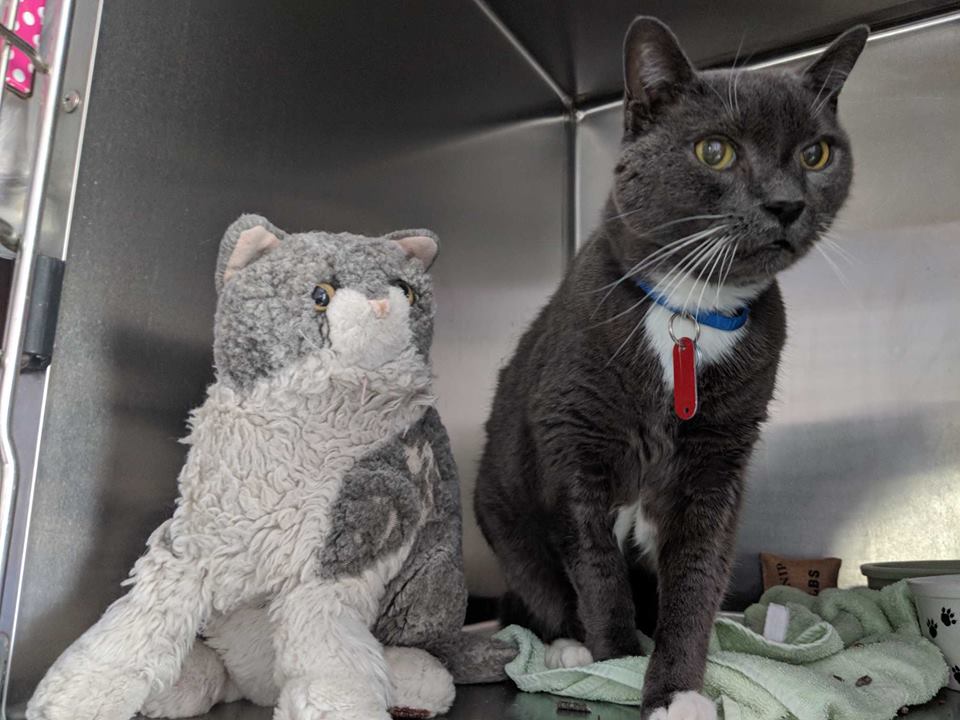 One look at Hoonie’s stuffed feline friend was enough to see how old and well-loved it was. “Because of how frayed and loved the stuffed animal is, I would guess he’s had it for a few years at least,” Grant said. “[His guardian’s daughter] wrote a list of his likes and dislikes, and the stuffed animal was one of his top likes,” she shared. “He loves to cuddle with it.” 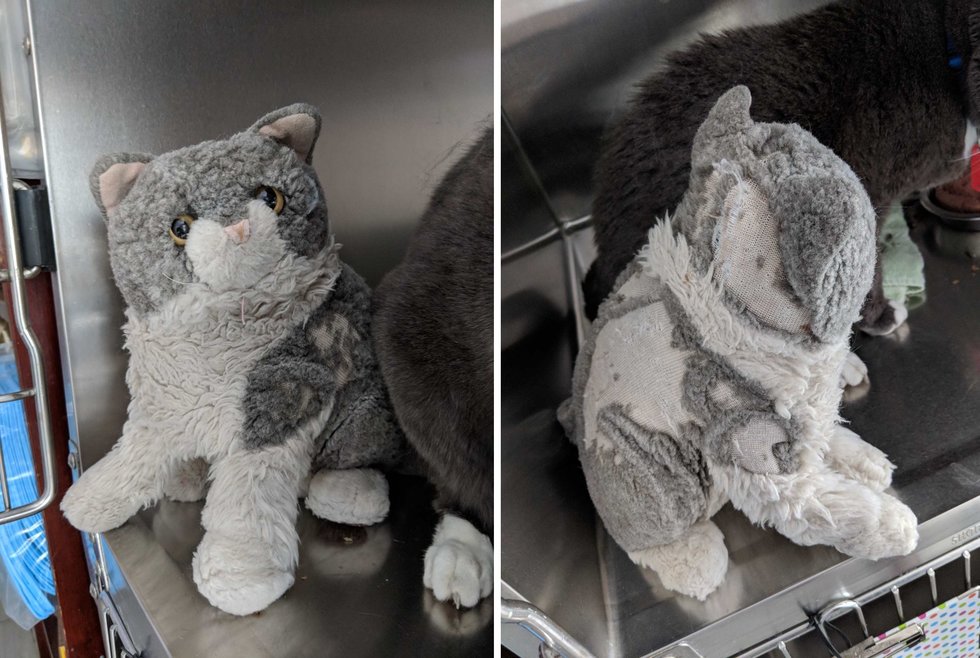 Hoonie found his temporary home at the Alley Cat Rescue headquarters and was cared for by the staff. As the team pointed out, they had never seen a cat so attached to a stuffed animal. 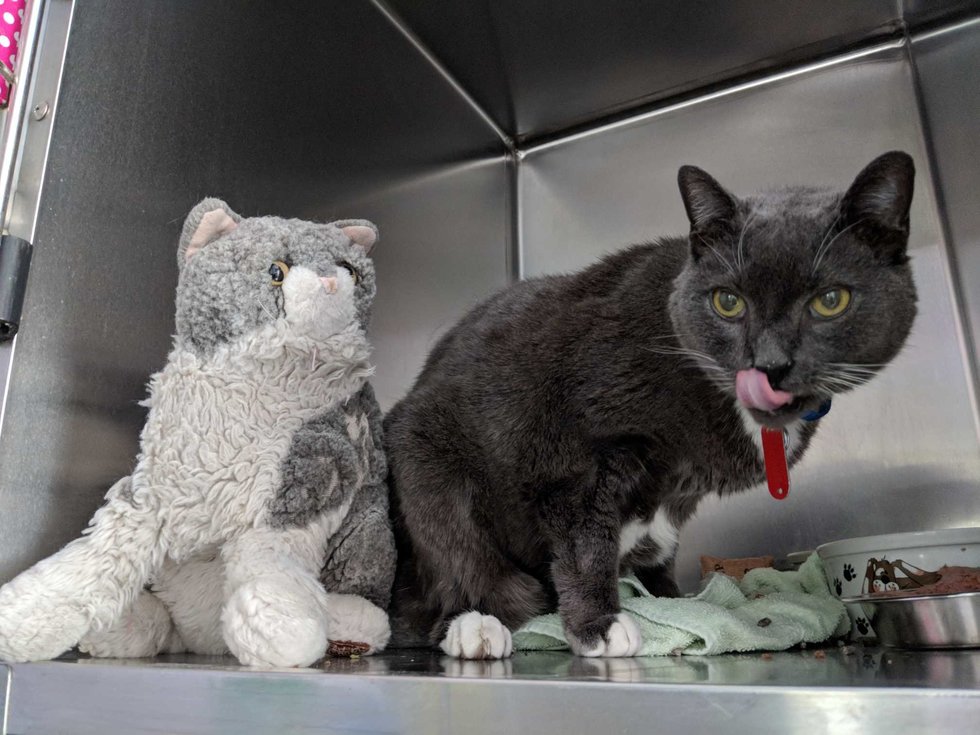 A happy ending was just around the corner for Hoonie. After the kitty’s story was published on The Dodo, something incredible happened – a former guardian recognized Hoonie as his own pet from 14 years ago! 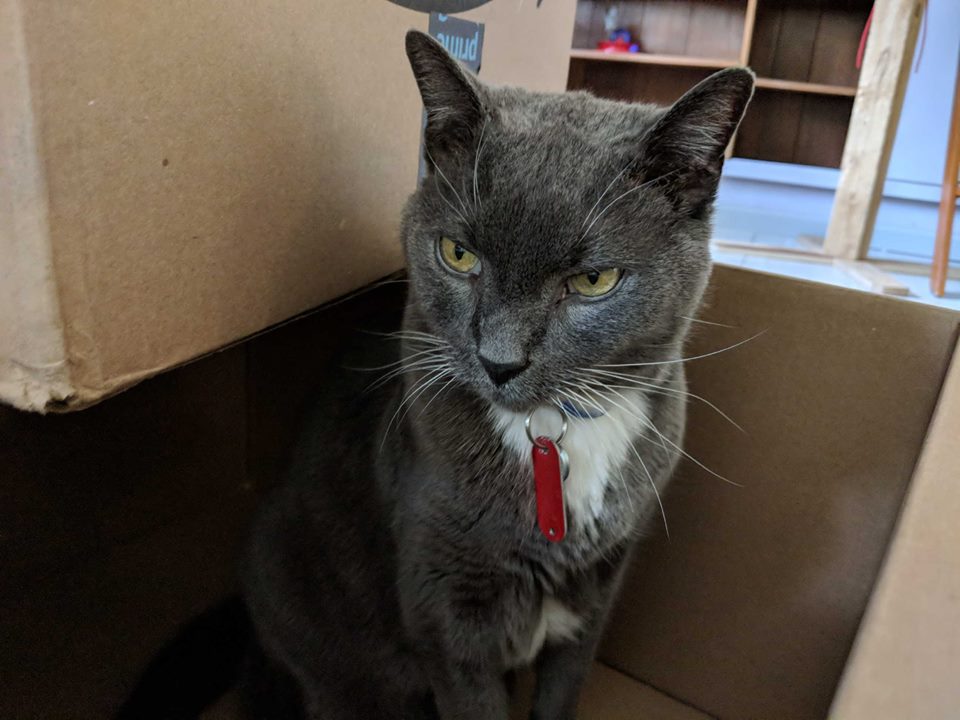 “He had owned Hoonie with his girlfriend over a decade ago and when they broke up the girlfriend took Hoonie with her. The couple had multiple pets together and thought it was best to have Hoonie go with her,” the rescue wrote.

The miraculously-found former guardian was excited to take Hoonie in again. Soon, the cat and his stuffed animal left the rescue – to be reunited with his old best friend! What a happy ending!