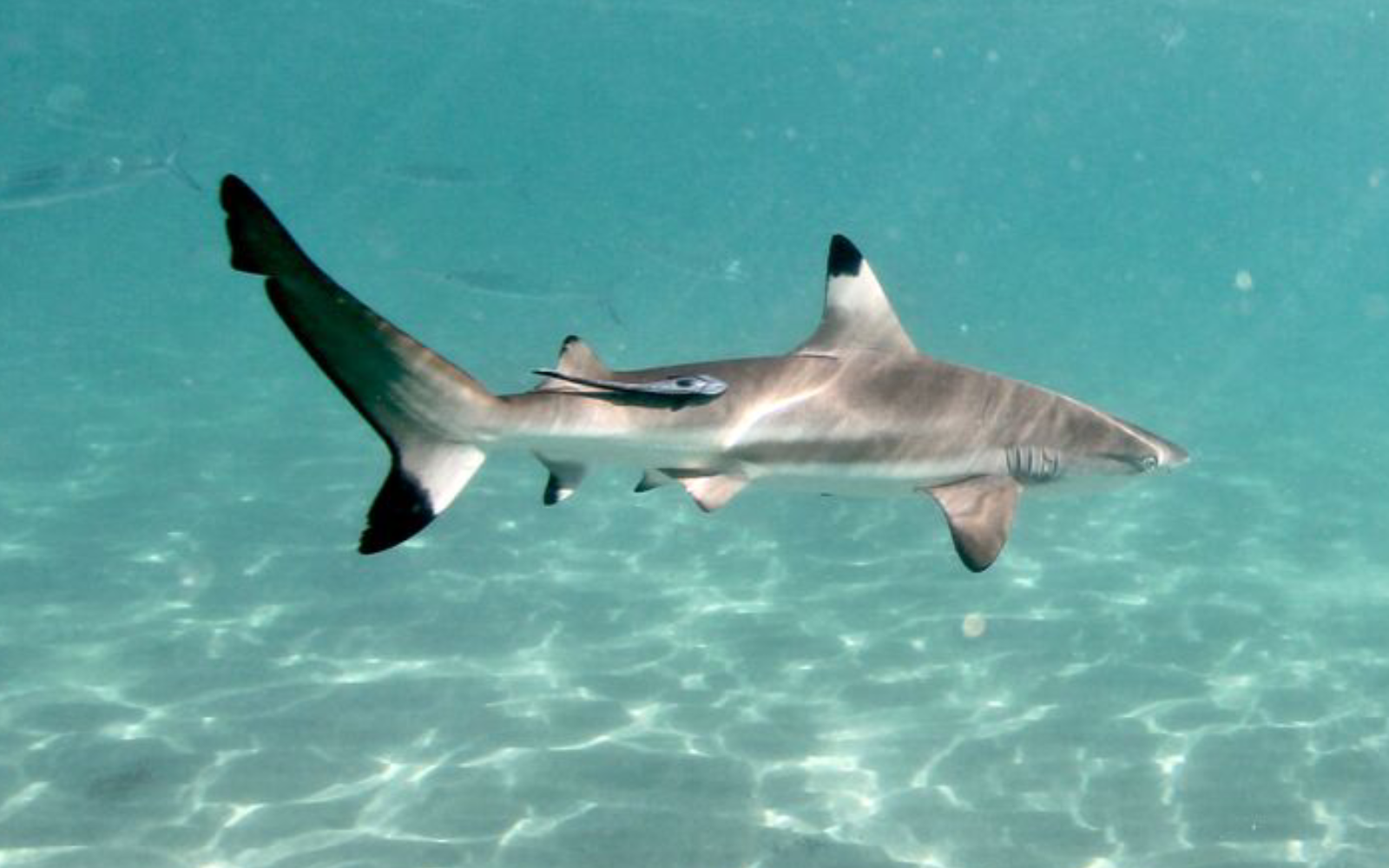 The Great Barrier Reef in Australia is a huge tourist attraction, with promises of up close and personal views of beautiful marine life. But the reality of what people might find at the Reef might be shocking for many. And for those like the naturalist and wildlife TV presenter Chris Packham and Humane Society International (HSI), the plight of the sharks at the reef cannot be ignored.

Lethal drumlines in Queensland are used to catch and kill sharks. They are set with baited hooks to ensnare these sharks, leaving them to die in agony.

Those who don’t die immediately on these lines are shot by a contractor who is employed by the Queensland Government!

The Shark Control Program currently allows 173 of these awful, lethal drumlines to operate within the Great Barrier Reef.

QLD Shark Control Program statistics state that 10,480 sharks have been caught on these lethal drumlines since 2001, most of which are harmless to humans. What makes this even more appalling is that some of these sharks who are captured and killed are scalloped hammerheads, who are listed as Endangered on the IUCN Red List.

Chris Packham said, “Seeing images of beautiful and endangered scalloped hammerhead sharks dead, with huge hooks through their heads, is highly distressing. Lethal drumlines not only fail to protect people but cause serious harm and death to animals across the reef, the vast majority of whom are completely harmless to humans. I hope that this footage compels the Queensland Government to sit up and take action to better protect the delicate reef ecosystem and the many animals who inhabit it.”

Australia’s attitude towards its sharks is truly horrific. Their practices show no respect for these beautiful animals at all. Sharks are either a commodity or a pest, instead of a respected fellow species on this planet!

HSI Australia is currently taking legal action against the QLD Government and the Great Barrier Reef Marine Park Authority for its outdated, barbaric methods of shark culling. Since the legal challenge was launched, the Queensland Government has removed 26 species of shark from its target list, while seven further species won’t be shot dead if found alive on a drumline. This is nowhere near enough.

A tribunal to hear this case is set for January 30, 2019. Let’s do our part to raise awareness for these poor sharks who have no voice and have to be protected from cruel humans who place no value on their lives.