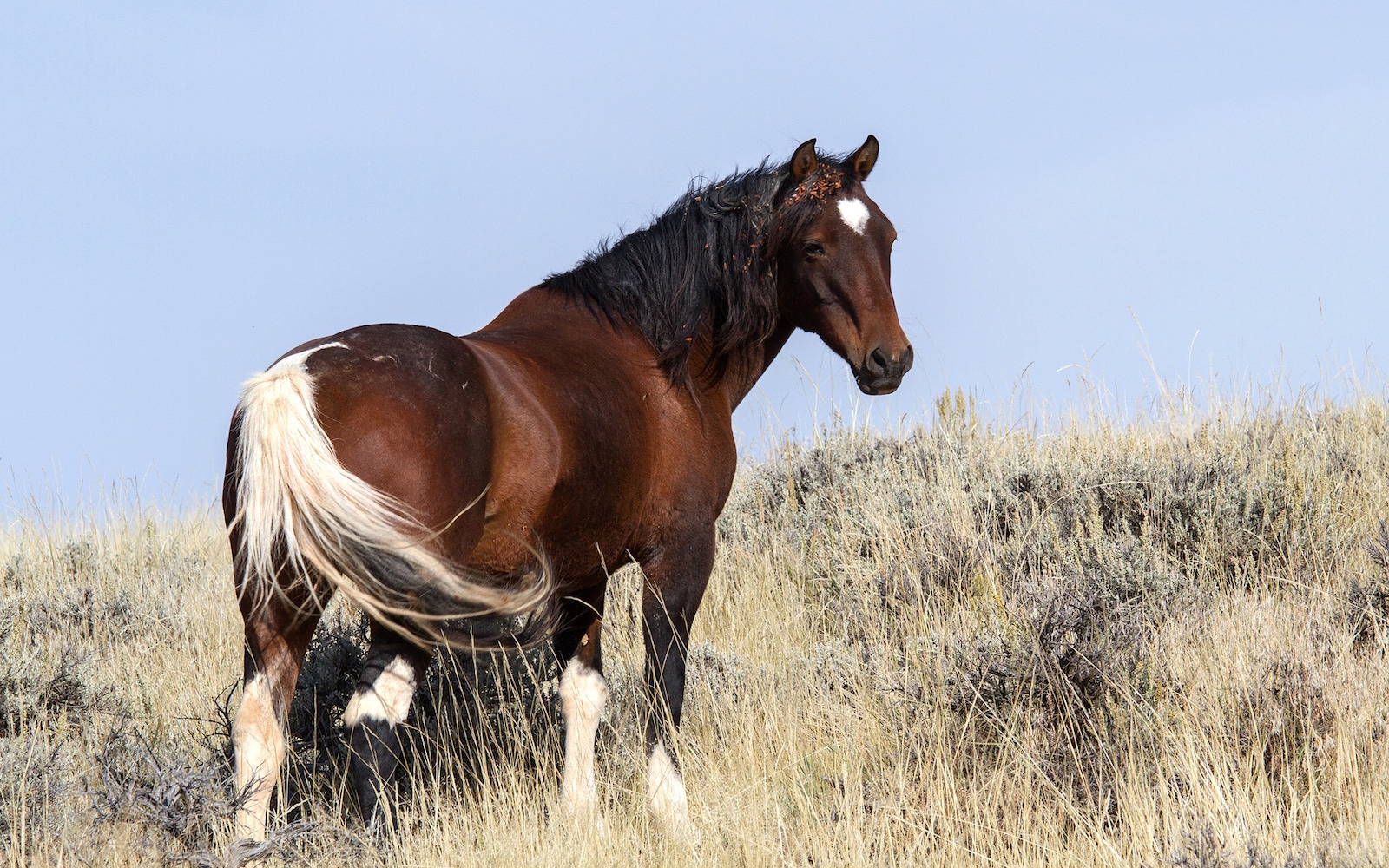 In 1971, the population of wild horses living on public lands in the Western U.S. was critically low, largely as a result of human activity in the region. When citizens spoke out against what was happening to these majestic creatures, Congress passed legislation designed to protect them: the Wild Free-Roaming Horses and Burros Act.

In theory, under this act, the U.S. Bureau of Land Management (BLM) is supposed to responsibly “manage” our nation’s wild horses and burros in a way that offers the animals long-term protection. Unfortunately, this government agency is doing quite the opposite in reality.

Over the years, the BLM has made several concerning proposals which have involved rounding up our nation’s wild horses and permanently sterilizing both pregnant and non-pregnant mares using experimental surgeries that subject the animals to extreme pain and potential health consequences.

In an attempt to justify the use of such disturbing procedures, the BLM has cited an alleged need to “control” the wild horse population “in order to restore and maintain a thriving natural ecological balance and multiple-use relationship on the public lands.”

Yet conveniently enough, the BLM has not provided any concrete evidence to support its claim that wild horses are in any way disturbing the “balance” of the prairie ecosystems where they roam. Probably because that’s a bold-faced lie designed to cover up the agency’s real motivation for reducing the wild horse population of the West: to satisfy the special interests who are pushing for wild horses to go so that there’s more space for livestock, a.k.a. Big Meat and Dairy.

In its latest attempt to decimate the numbers of our country’s precious wild horses, the BLM recently proposed a plan which spells out its intent to capture around 800 horses in Oregon and perform a risky surgical procedure called ovariectomy on 100 of the mares in order to sterilize them.

Contrary to what the BLM wants us to believe, wild horses and burros play a crucial role in maintaining balance in the prairie ecosystems where they live. So, if the BLM goes ahead with this plan, it will not only take away the beauty that these creatures add to our nation’s public lands but also greatly disturb the ecosystems they call home.

Fortunately, public citizens and animal advocacy groups are taking a stand against the BLM’s senseless plan, just as they have in the past when the agency has announced similar ridiculous “research proposals.” At the forefront of the resistance is the Front Range Equine Rescue (FRER), a national non-profit which recently released formal comments on why it emphatically opposes the BLM’s planned experimental sterilization of wild horses.

As FRER President Hilary Wood stated in a press release, “Reputable equine veterinarians with wild horse experience object to this cruel and dangerous procedure, performed unvisualized while mares are fully conscious, because of the many serious risks during surgery or after due to complications. There are added dangers if sterilized mares have complications after they are back in the wild. We urge the BLM to use the many available humane alternatives instead of this radical method of population control.” If the BLM fails to take the FRER’s well-reasoned suggestions into consideration and rethink its proposal, the organization warned that it plans to file a lawsuit against the agency in federal court.

To give this amazing animal advocacy organization a fighting chance at protecting our country’s beautiful wild horses, the FRER needs all the help it can get. If you’d like to aid in the fight to preserve the horses and burros of the American West, please consider donating whatever you can to the FRER to help fund its animal-saving efforts. And don’t forget to share what you’ve learned here with everyone in your network. We need all hands on deck to make sure our nation’s great symbol of freedom in the Wild West isn’t allowed to be degraded by barbaric procedures!