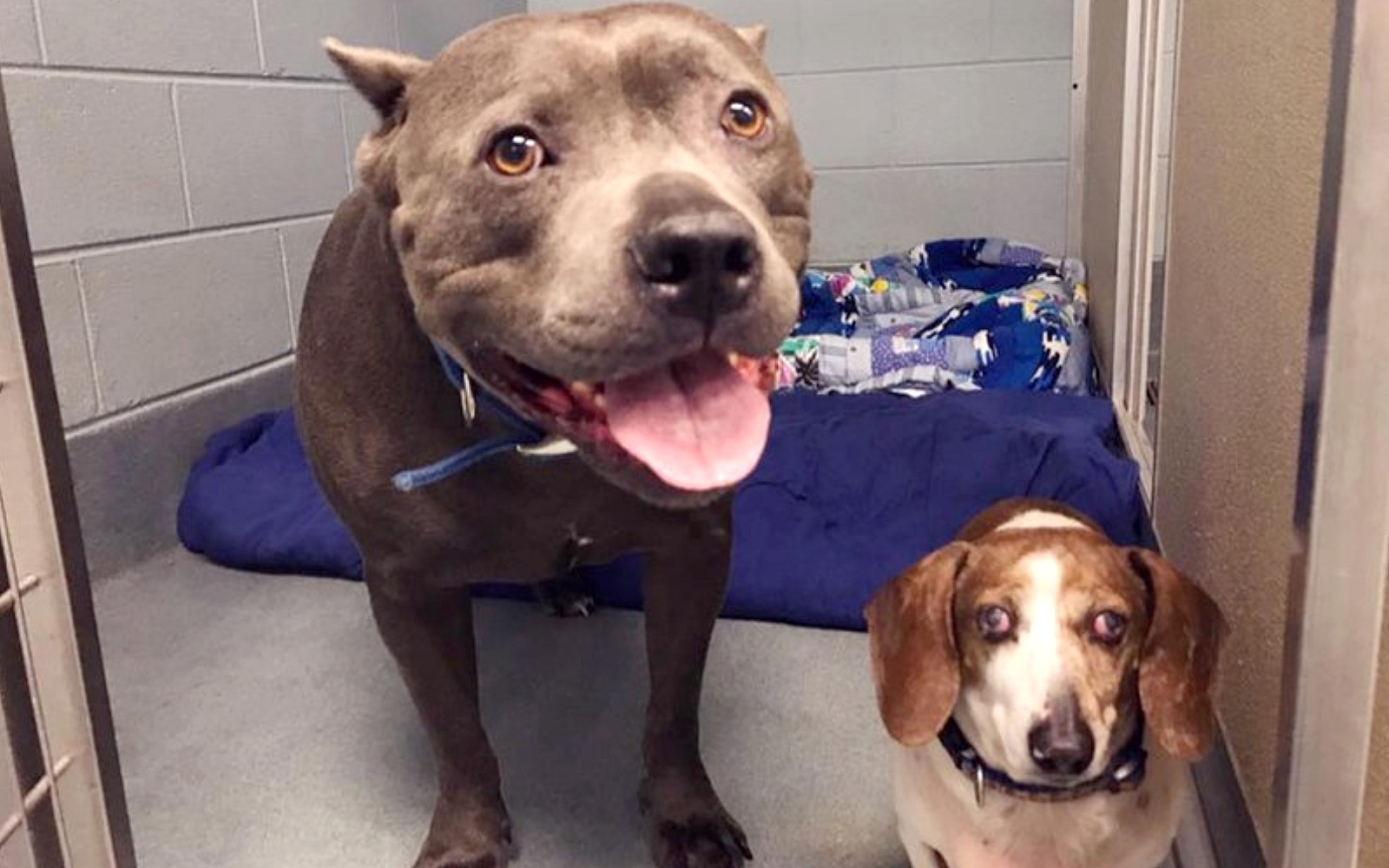 Update 4/26/18: OJ and Blue Dozer have been reunited and they are safely back at Richmond Animal Care and Control. They are working to settle the dogs back into the shelter and will work on finding them a new home soon. Read more here.

Update 4/25/18: A recent report by NBC12 stated that OJ was found wandering the road and taken in by Shenandoah Valley Animal Services. The shelter was able to trace the elderly Dachshund back to the woman who just adopted him. According to NBC12, “She was contacted by the Shenandoah shelter and said the dog had been with her friend and that she had ‘just got him.’ RACC is sending someone to Staunton to pick OJ up Wednesday.” We will keep this story updated as new details emerge.

Blue Dozer, a 6-year-old Staffordshire Terrier, and OJ, a 12-year-old Dachshund, look like they are about to go on a magical adventure together. These two friends differ in height, color, and surely in character, but one thing they have in common – their devotion to one another. The pups were surrendered to Richmond Animal Care and Control in Virginia and it was hard to say if they would ever find a real home together. But, as it turned out, a happy ending was just around the corner.

According to the shelter, the former guardian of the two canine friends was no longer able to take care of his dogs and had to give them away after he became homeless. It was obvious to everyone right away that the duo was bonded for life. 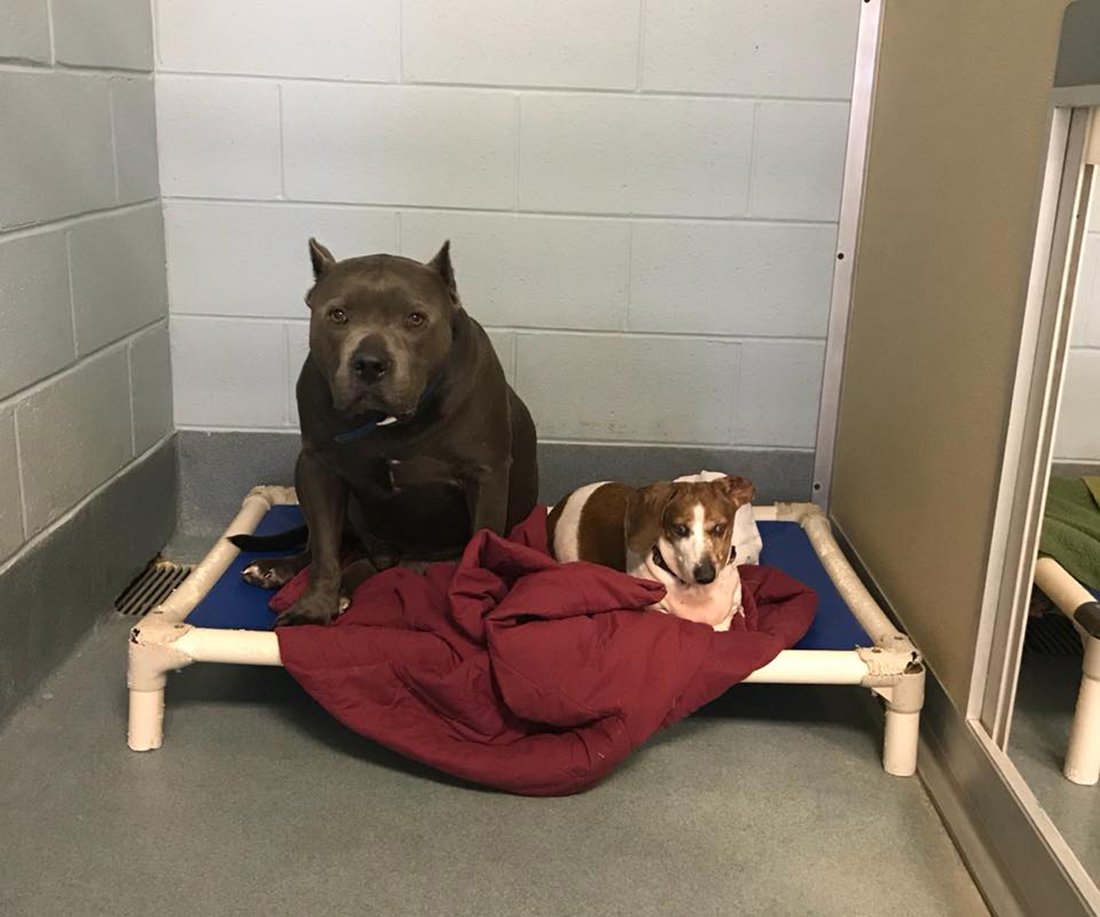 Visually-impaired OJ is dependent on Blue Dozer when it comes to leading the way through new territories and making him feel safe. Separating the friends was simply not even an option. 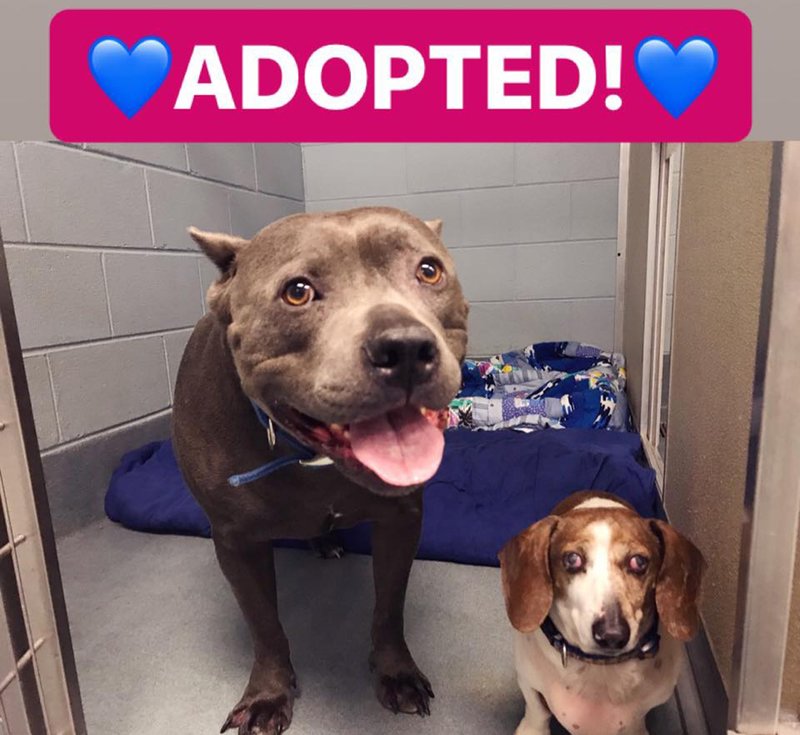 “OJ is partially blind and relies on Blue to guide him. They are best friends, they sleep together in the shelter and we walk them together for potty breaks,” Christie Chipps Peters, the Director of Richmond Animal Care & Control, told People.
Advertisement

The shelter staff posted about the friends on Facebook, making it clear that the dogs needed to be adopted together. Just two days after that, the pair’s new guardian-to-be contacted the shelter. Now, OJ and Blue Dozer have a wonderful new home – and they are still a team!