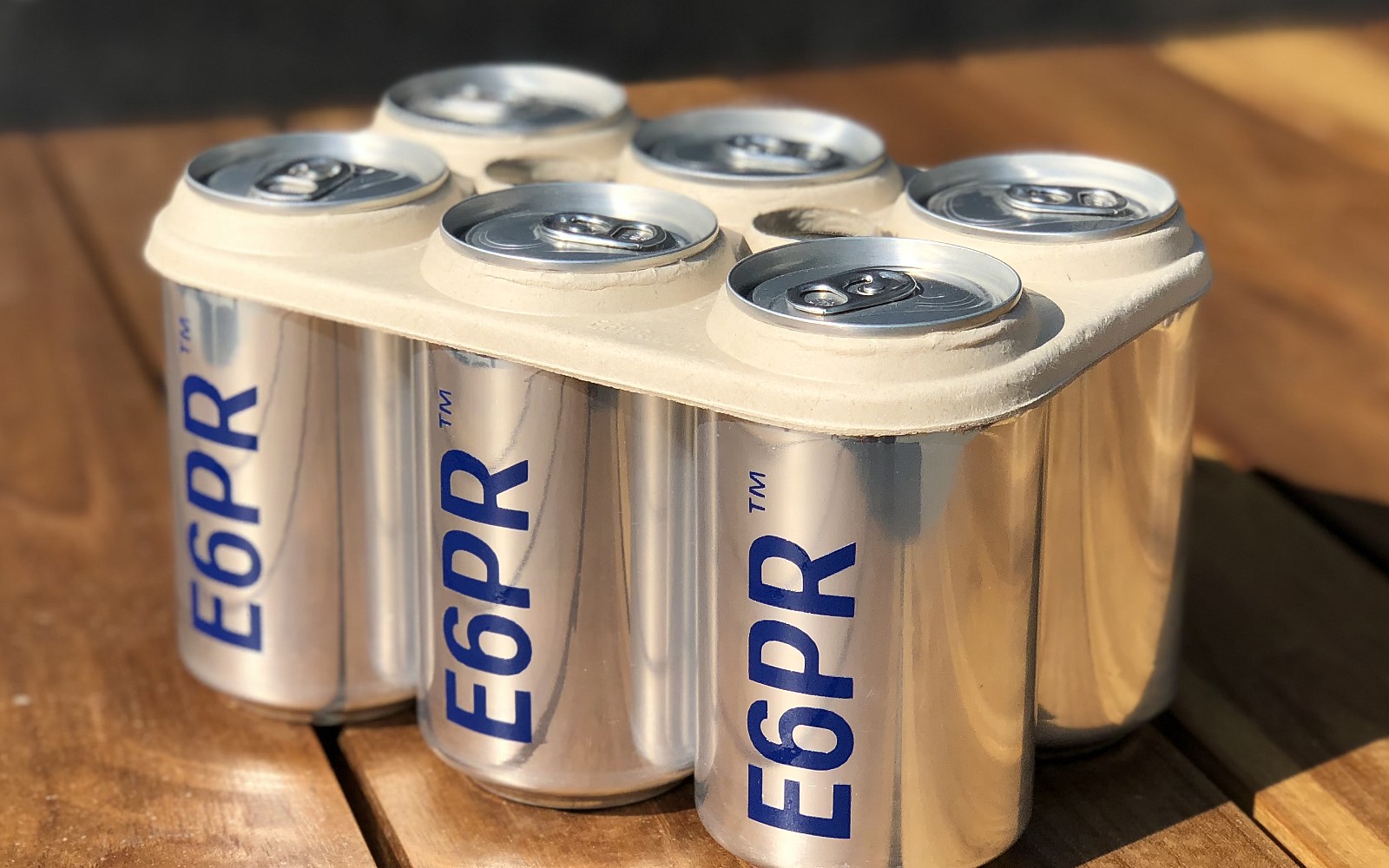 Could it be? A win-win for beer lovers and marine animals all in one?! SaltWater Brewery in Delray Beach, Florida, is rolling out a new, fully biodegradable and compostable beer packaging – a six-pack ring created by the startup E6PR! The packaging is designed to solve the problem of dangerous plastic beer rings and the threat they pose to animals on land and in the oceans. The creators of the eco-friendly six-pack ring have begun to mass-produce the product and are “hoping to help change the world one six-pack at a time.”

E6PR (for “Eco Six Pack Ring”) is made out of plant fibers that are by-product waste from the beer making process. The rings are specially designed to replace the traditional plastic rings and they are entirely biodegradable, compostable, and plastic-free. Once these rings get into the ocean, they gradually disintegrate within a few months. The product is also designed to be as ecologically harmless as possible during that time.

“What started as a simple idea to create awareness around the issue of plastic waste, has evolved into a very real opportunity to revolutionize the beverage packaging industry AND have a positive impact on the environment,” said Marco Vega, Co-Founder of We Believers, the company that partnered with Entelequia and a group of investors to launch E6PR in 2017.

“More than 50 percent of beer consumed in the U.S. is sold in cans, a trend that is only expected to grow in the near future,” Vega added. “Most of the material used to hold these cans is still plastic.”

E6PR worked with Chris Gove, Co-Founder and President of SaltWater Brewery, to feature the rings on the company’s line of Screamin’ Reels IPA, making them the first brewery to test E6PRs.

“With the help of E6PR, we would like to inspire the entire beer industry to follow our lead,” emphasized Gove. “We are proud to be the first brewery using E6PRs for our cans. Our goal is to transition all of the packaging in our facility to this six-pack ring alternative that goes beyond recycling and strives to achieve zero waste.”

The eco-friendly rings can even be spotted in supermarkets and liquor stores across the U.S., including Whole Foods, Total Wine & More, Publix, and more!

Making a biodegradable six-pack ring might seem like a small thing, but how many photos of seals, turtles, or other animals with their heads stuck in plastic rings have you seen in your lifetime? We’re guessing A LOT. Even if one animal can be spared the pain and anguish of being caught in a six-pack ring, that is enough.

We don’t often think about the consequences of using little bits of plastic, but all in all, we dump around 8 million tons of this material in the oceans every year! Companies like E6PR are making it easier for consumers to make responsible choices, but it is up to all of us to look for other ways to minimize the impact of our trash.

To find out how you can help make a difference by your consumption of plastic, check out One Green Planet’s #CrushPlastic campaign!