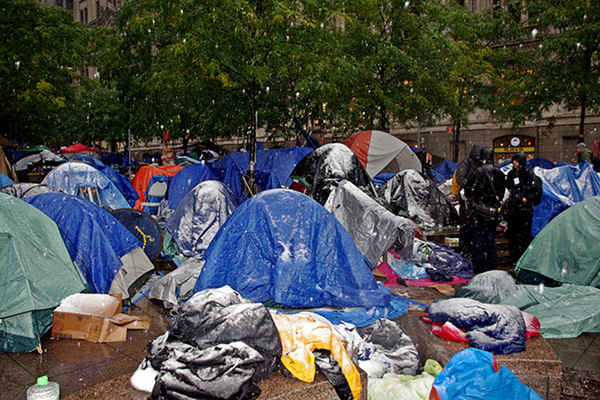 Last Friday, fire fighters in New York City seized six generators and fuel being used by the Occupy Wall Street protesters, claiming that it was a safety hazard. The timing couldn’t have been worse, because an unseasonal snowstorm hit the east coast on Saturday, October 29, testing the mettle of the protesters.

New York Mayor Michael Bloomberg said the six generators and fuel were confiscated because they were considered a safety hazard and it was not a bid to remove protesters.

“As long as they don’t take away anybody else’s rights to say what they want to say, or to not say anything, to go about their business safely … at the moment it will continue,” Bloomberg told local radio.

Although the protesters did lose a few people, the actions of the New York City authorities did little to dampen their spirit. The protesters have collaborated with Time’s Up! New York City’s Direct Action Environmental group that helped them replace the gas generators at Zuccotti Park with a Pedal Power Generator.

The group has one up and running, but need the public’s help to build 11 more and power the whole park. They’re looking for $8,000 in funding to make this happen and are accepting donations via Crowdrise.