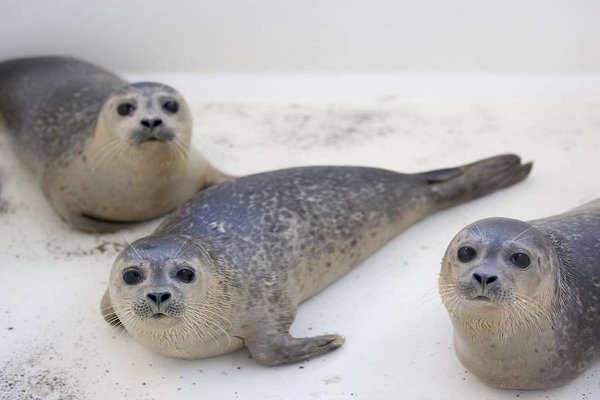 A seal nursery in Groningen is getting an influx of orphaned baby seals due to harsh weather conditions off the Dutch coast. According to Lenie ‘t Hart, founder of the nursery, “Storms and high tides create problems for seals because the sand banks where they bask remain underwater.”

There where a 140 seals treated at the facility during the entire month of November, due to the recent weather they have received 100 new animals in the past 10 days. The large increase in animals has caused the facility to erect a temporary tent where they will be housed in tanks and baths till they are ready to head back in to the wild.

The baby seals, which have been given the nickname of “screamers” due to their high-pitched calls, are sometimes young enough to still have umbilical cords attached. It will take up to 3 months for them to be rehabilitated, but all of the 350 mammals that are being treated at the facility will eventually be released into the wild.

According to American volunteer Torrey Utne, who joined the nursery late last year, “Some of the seals are really friendly. They will come right up to you and sniff you because they know you are the one bringing fish.”