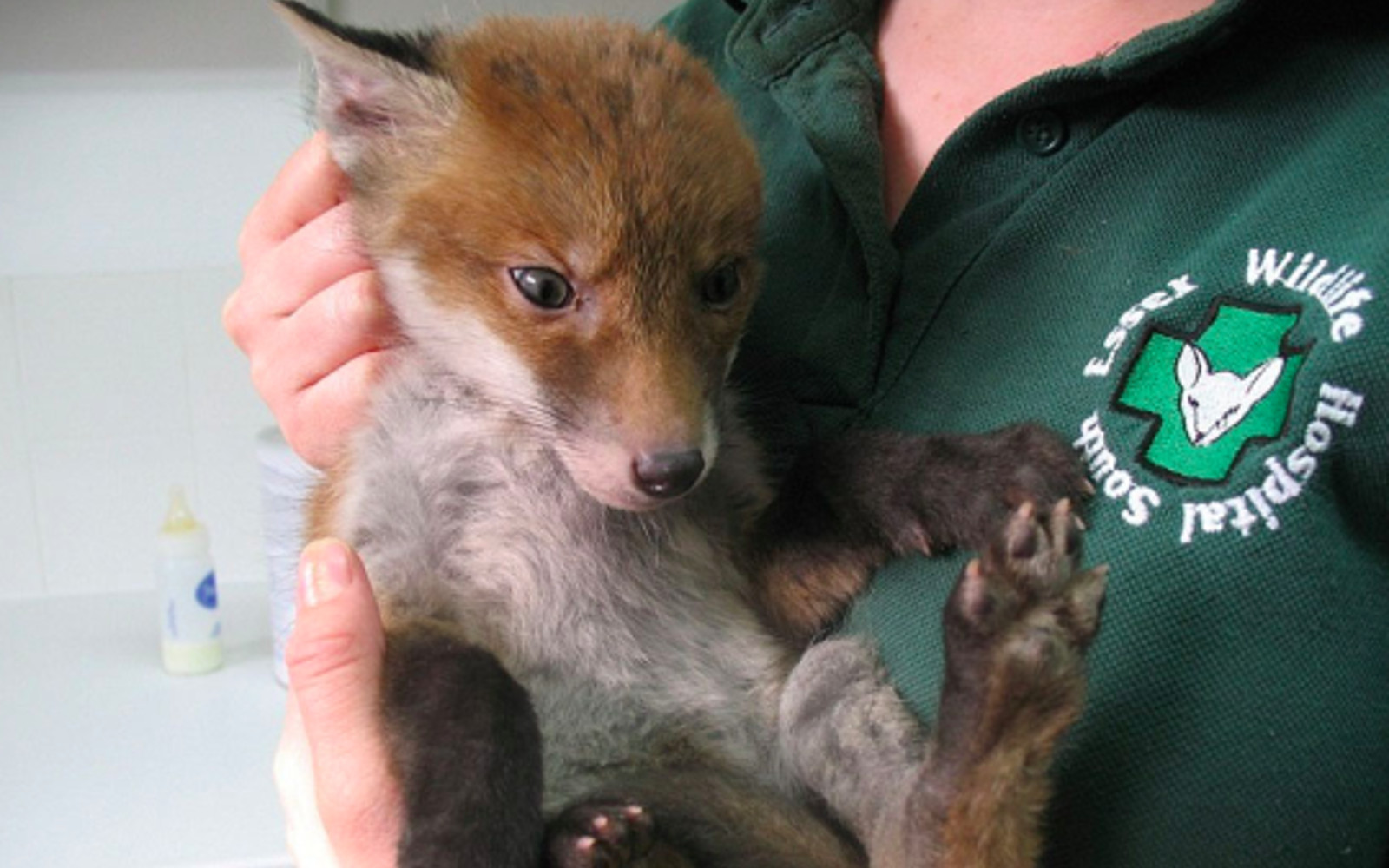 When you’re just a little animal, it can be tough to navigate your way through a world dominated by humans. Luckily, there are plenty of living, breathing heroes out there who will go out of their way to right the wrongs when animals and human contraptions collide. Imgur user NoRoots shared one such story. Builders at a construction site in Canary Wharf, London, must have been shocked when they discovered the little guy in the photo below trapped in a hole. Covered in dirt and plastic, the nameless baby fox was so filthy that his rescuers initially thought he was a puppy, so once they got him out of the hole, they took him to the South Essex Wildlife Hospital to get treated.

We can’t blame this baby fox’s rescuers for thinking he was a puppy – it’s hard to even tell he’s an animal! 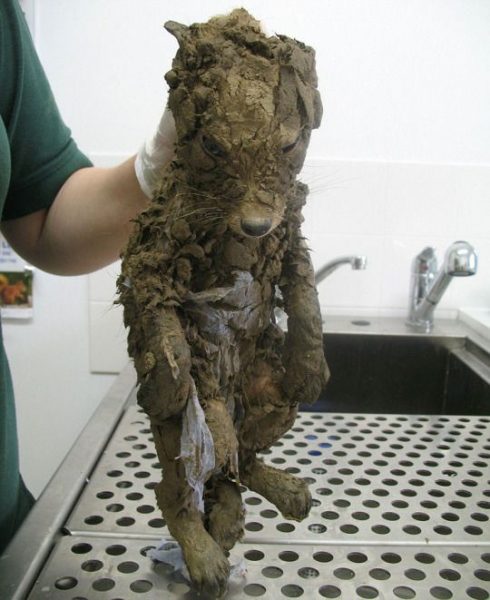 At South Essex Wildlife Hospital, he received a good scrubbing from the veterinary staff … and the true identity of this little one started to show through. 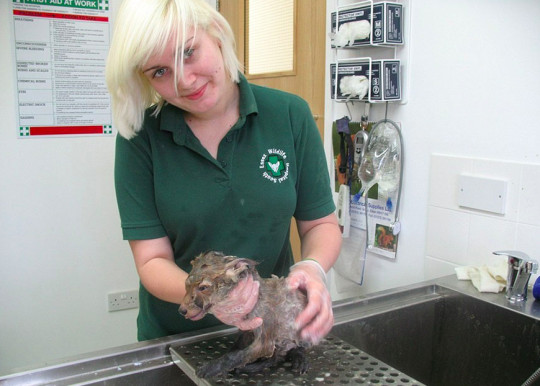 It wasn’t until he was all cleaned up that his true identity was revealed. This lucky little one wasn’t a puppy, but a beautiful baby fox. 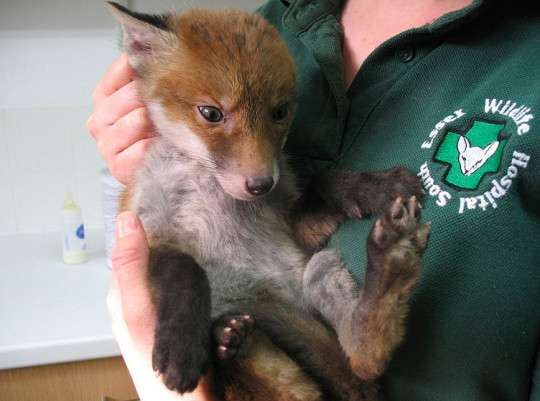 If rescuers hadn’t found this baby fox trapped in a hole, who knows what could have happened to him? With all that dirt on him and no mother in sight fretting over him, he must have been tough to spot. What a lucky guy! While we’re not sure if he’s old enough to be out and about on his own just yet, he’s in the capable hands of the veterinary staff at the wildlife hospital, who will help him learn to be the best fox he can be before they release him back into the wild.

This baby fox is a special case because his rescuers thought he was a puppy, but if you ever come across a wild animal in need of help, please contact your local animal rescue hotline.