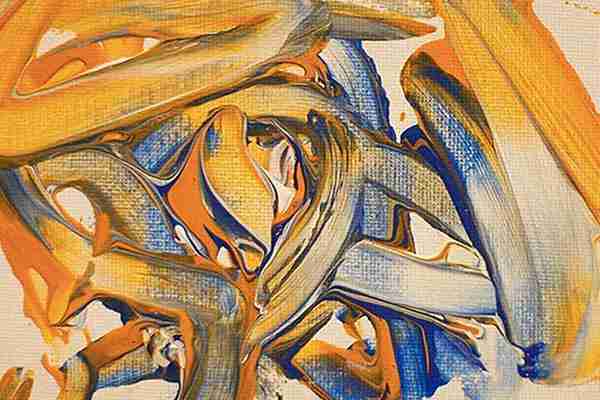 Animals have been our companions, our rescuers and even our soldiers, but a new art exhibit is raising questions about whether or not they can be our creative contemporaries.

A new exhibit at the Grant Museum of Zoology in London is showcasing works from various primates, and Boon Mee (a Thai elephant). It is believed to be the first showcasing of multiple species.

Primate art is centuries old, but has gained much wider acceptance since the fifties. However, the kitsch elements that have always been involved with similar displays don’t really make an appearance here. This particular exhibit brings to question the creative process of animals and the nature of art itself. Is there a fundamental difference between the animalistic expression of creativity and our art?

Jack Ashby, the museum’s manager, told The Telegraph that some of these works are,  “almost undistinguishable from abstract art by humans that use similar techniques.”

So what do you think? Do these works question the idea of art itself? Do they showcase the deep wonder of the animal psyche? Or is this just an appreciation of novelty?

Check out the art in the video below and judge for yourself!