Abused Albanian Zoo Animals Are One Step Closer to Being Free Thanks to Anonymous Photographer Who Exposed Their Plight! 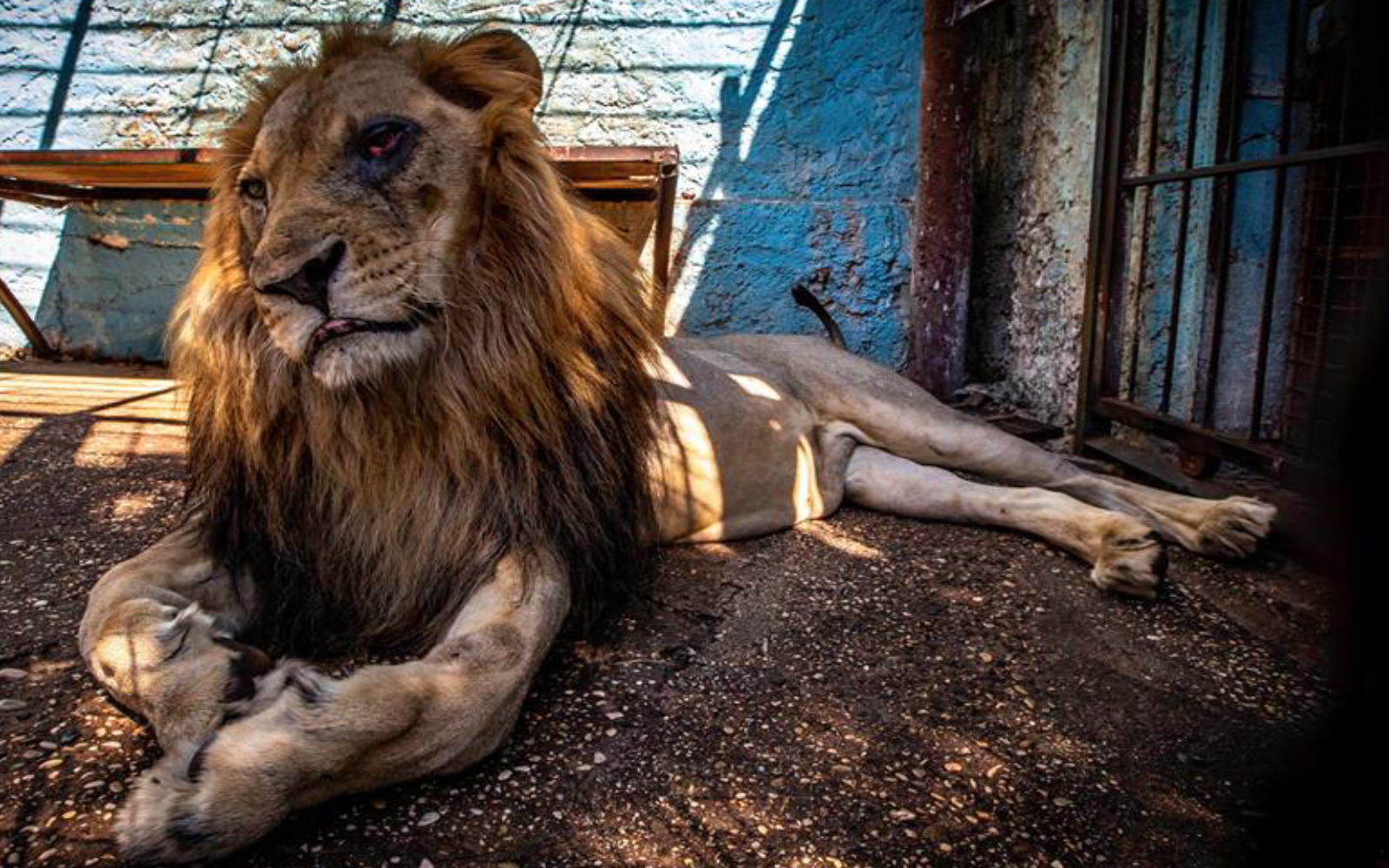 Safari Park Zoo in Fier, southwest Albania, is under fire after news published by the Daily Mail showed horrific images of animals that were malnourished, injured, and living in the worst of conditions.

Albania’s Minister of Tourism and Environment, Blendi Klosi, ordered a rescue mission after seeing the news, sending police to investigate after photos of these animals were released by an anonymous photographer. Vets have described the zoo as demonstrating “some of the worst animal welfare conditions they have ever seen.” Four Paws added, “Signs of the mental and physical impact of being kept in such abject surroundings can be clearly seen on each of the poor animals at the zoo. Put simply, if something is not done soon these animals will continue to suffer and most likely die in these unspeakable conditions.”

It is particularly upsetting for Four Paws because they have been monitoring the situation in Fier Zoo for years and were unable to help due to legal limitations.

These photos are heartbreaking, but now that they are public, something is finally happening to help these poor animals out. How could a zoo allow such beautiful animals to suffer like this for so long without doing anything?

This is a very complex and risky case that involves finding these animals new homes and transporting them there. Can you imagine going into a cage with a wounded, malnourished lion, for example? These animals are going to need so much medical care, time, and support before they can recover from this awful ordeal.

As well as the animals pictured here, there are also bears and monkeys in need of help. Fourteen lions were born in this zoo and only three survived. What does that tell you about the conditions they had to endure?

This is what happens when keeping animals or breeding into captivity goes badly wrong. Fier Zoo has allowed these animals to suffer from both physical and psychological problems for too long. This is not conservation at all, this is cruel captivity, and we are glad to know that someone has finally listened to the plight of these animals.

Four Paws is currently preparing what they can to help with getting these animals treated and rehomed. If you’d like to keep up to date with news about the Fier Zoo rescue or are in a position to donate towards the work ahead, please visit the Four Paws Facebook page.