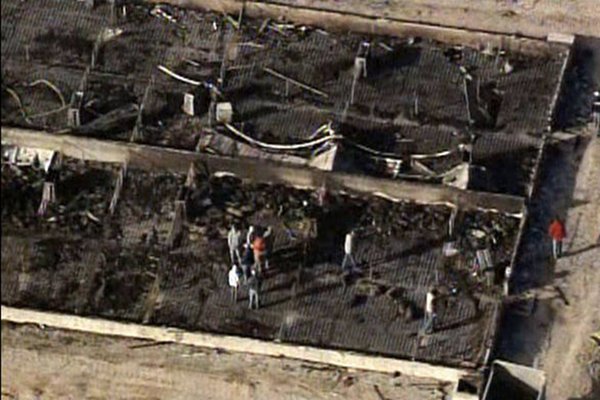 1700 pigs were burned alive when an electrical fire destroyed the barn in which they were crammed at Circle of Four, a factory farm in Utah raising more than 1 million pigs and employing about 500 people. The farm is part of Murphy-Brown LLC, the livestock production subsidiary of Smithfield Food the largest producer of pork in the world.

Graphic video shot from a KSL television’s Chopper 5 showed crews walking through hundreds of burned animals on the floor of the building. No walls were standing and sections of what appeared to be either the roof or walls were either stacked off to the side of the burned building or on top of the dead animals.

The video also showed charred pigs being dumped into a large pit.